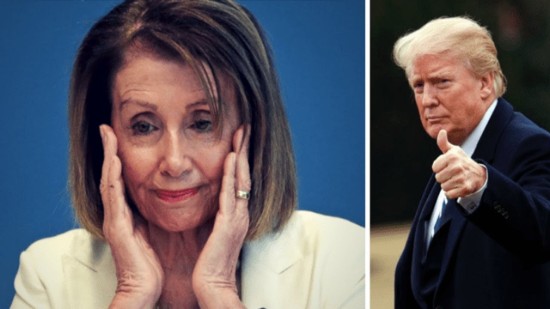 OPINION AND NEWS by Dean James at Right Wing Tribune

Democrats… Let’s face it, the amount of corruption in the Democrat party is rampant but of course the lamestream media never covers it so it is our duty as Conservatives on the right to report the news that they ignore- make sense?

Okay, this article is about yet another corrupt, lawbreaking Dem getting busted for in a nutshell comitting major voter fraud.

And if she is found guilty, she is facing up to 14 years on the most serious of the offenses.

Did you see this on CNN? Of course you didn’t and never will. Of course I could be wrong but they have their hands full with their phony witch hunts and baseless attacks on President Trump as well as other important things like reporting fake news about the border crisis and distorting Trump’s excellent record as President.

But enough about the filthy lib media- let’s get to the meat of this story, shall we?

Martin Walsh at Explain Life sets up the story:

A prominent Michigan official — who received an award from the state’s Democratic Party earlier this year — is now facing six felony charges for stunning election crimes.

Sherikia Hawkins, who servers as a city clerk for Southfield, allegedly forged records and falsely marked absentee ballots as invalid during the 2018 midterm election.

The Democrat was arrested on Monday after the Oakland County Clerk’s office noticed discrepancies in voter counts while certifying absentee ballots from Southfield.

After police got involved and conducted an investigation, authorities found that records had been altered so that nearly 200 voter files were improperly listed as invalid.

“Our elections are the foundation of our democracy, and under my and Attorney General [Dana] Nessel’s administration there will be no tolerance for any actions that undermine that foundation — anywhere, anytime, by any person or official,” Michigan Secretary of State Jocelyn Benson said in a statement.

Hawkins was arraigned on Monday and released on $15,000 bond.

According to court documents, Michigan police found that 193 absentee voter files were changed in the city’s computer system to say they either had no signature or no return date, when they had both valid signatures and return dates.

Police stated that after Oakland County Election Director Joseph Rozell found that Hawkins had submitted altered reports, his staff found the original ones in a trash can at the election division office.

“All valid votes in the election were ultimately counted and the final official vote total was accurate,” she said.

Hawkins’ arrest comes just months after she was honored May 18 at the Michigan Democratic Party’s Legacy Dinner, where she received the Dingell/Levin Award. In 2017, she was listed among the “40 under 40” by the Michigan Chronicle, according to a government bio from her previous role as Pontiac city clerk.

Hawkins was charged with falsifying records in violation of state election law, forgery of a public record, misconduct in office and three counts of using a computer to commit a crime. The top count carries a maximum penalty of 14 years in prison.

Seems like corrupt Democrats have been charged and arrested a lot lately.

Below are a few examples:

-Ed Buck, a 64-year-old white millionaire who has spent decades donating serious money to prominent Democrats — including Obama and the Clintons — was arrested and charged with running a drug house. Two young black men have been found dead in the past 18 months inside Buck;s apartment.

-Fall River Democratic Mayor Jasiel Correia was arrested on charges that he conspired to extort hundreds of thousands of dollars from companies seeking to operate marijuana businesses.

-A Democrat superior court judge in Massachusetts was arrested for assault and battery after she attacked her wife inside their home. Judge Shannon Frison allegedly “forcibly grabbed” her wife’s hair while she was holding a young child.

-A Democratic Indiana state representative and firefighter was arrested and charged after impersonating a police officer and trying to buy cocaine while driving under the influence.

We could keep going but you get the point.