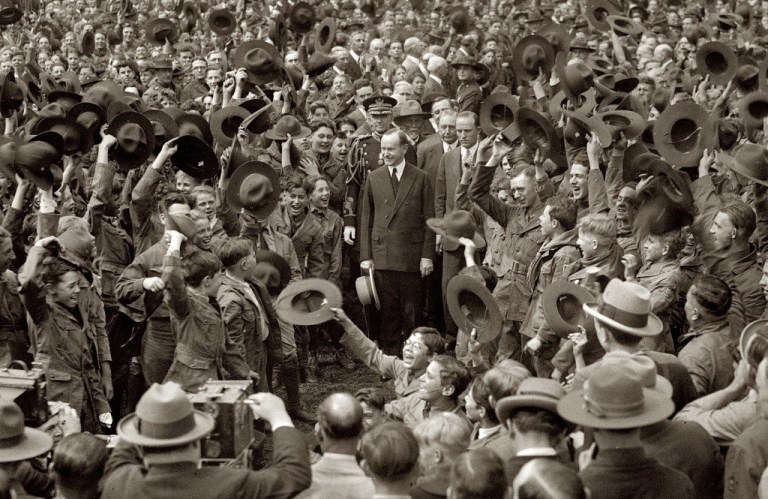 (TNS) Another American cultural icon has fallen, thanks to relentless attacks by the Garbage Party and their Leftist allies in the media, as well as some self-inflicted wounds.

Reports on Tuesday noted that The Boy Scouts of America organization has filed for bankruptcy amid mounting claims of “sex abuse,” but really, the organization has been on the downhill slide for years after being branded ‘sexist,’ ‘homophobic,’ and ‘non-inclusive’ by Leftist social engineers.

The petition, filed in Delaware bankruptcy court, halts the hundreds of lawsuits the BSA is facing that allege sexual misconduct by people within the 110-year-old organization over the years.

Mike Pfau, an attorney whose firm was representing 300 victims in New York as of last April, said the bankruptcy would be “bigger in scale than any other sex abuse bankruptcy.”

“You’re talking about thousands of perpetrators,” Seattle-based lawyer Michael Pfau, who has represented more than 300 Boy Scout victims in 34 states, told the New York Daily News. “You’re talking about tens of thousands of victims. This will be the largest bankruptcy the country has ever seen, and likely one of the largest corporate bankruptcies.”

“The BSA cares deeply about all victims of abuse and sincerely apologizes to anyone who was harmed during their time in Scouting. We are outraged that there have been times when individuals took advantage of our programs to harm innocent children,” said Roger Mosby, president and chief executive officer of the BSA.

“While we know nothing can undo the tragic abuse that victims suffered, we believe the Chapter 11 process – with the proposed Trust structure – will provide equitable compensation to all victims while maintaining the BSA’s important mission,” he added.

Fair enough. And obviously, we would never try to excuse any abusive behavior of children by adults for any reason.

But it must be said that claims of sexual abuse, perhaps coincidentally, began to pile up after the organization began accepting homosexual scoutmasters, a decision that the Left, naturally, framed as the BSA “evolving” on the issue.

In 2000, the U.S. Supreme Court, in a 5-4 decision, overturned a New Jersey Supreme Court ruling which said the BSA was violating a state anti-discrimination law when it expelled a gay scoutmaster in 1990. James Dale was the gay scoutmaster who was expelled by the BSA; he sued in 1992 under a New Jersey anti-discrimination law.

The high court’s ruling, in other words, upheld the BSA’s right as a private organization to ban gay men from being in contact, often alone, with young boys. The high court also ruled that it was not ‘discrimination’ for a private, Christian-themed organization to set its own standards of conduct and behavior.

“The Boy Scouts asserts that homosexual conduct is inconsistent with the values it seeks to instill,” Chief Justice William H. Rehnquist wrote for the court’s majority. Requiring the charity to accept a homosexual Scout leader “would significantly burden the organization’s right to oppose or disfavor homosexual conduct,” he wrote.

“This decision allows us to continue our mission of providing character-building experiences for young people, which has been our chartered purpose since our founding,” the charity said in a statement posted on its Web site.

The Left wouldn’t stand for that, however, and began a relentless campaign to force the BSA to accept homosexual men as scoutmasters, and in 2015, the national organization relented, though most units were sponsored by churches and religious organizations and they were exempted from the national board’s decision.

That still wasn’t good enough for the Left. And now, here we are, with scores of alleged victims and the bankruptcy of an organization founded in 1908 in England, then two years later in the U.S., designed “to develop in them good citizenship, chivalrous behavior, and skill in various outdoor activities.”

Again, we are not and would never condone sexually abusive behavior, especially that involving a child.

But do you know who does? Leftists, as evidenced by their promotion of and support for ‘events’ like “Drag Queen Story Hour” hosted by local libraries (check out these disgusting pics).

These events are attracting known child sex perverts and pedophiles, at least one of whom has admitted the objective is to “groom children” to become transgendered and “queer.”

The BSA says their bankruptcy is designed to ensure that the organization continues operating ‘for years to come.’ If they plan on doing so under their current ‘tolerant, progressive, evolved’ policy of allowing men with perverse child sexual fantasies around young boys, then maybe it’s just time for the BSA to fold up its tents instead.

Because this current settlement won’t be enough. The Left won’t be satisfied under an iconic, male-oriented, Christian-themed American organization is history.