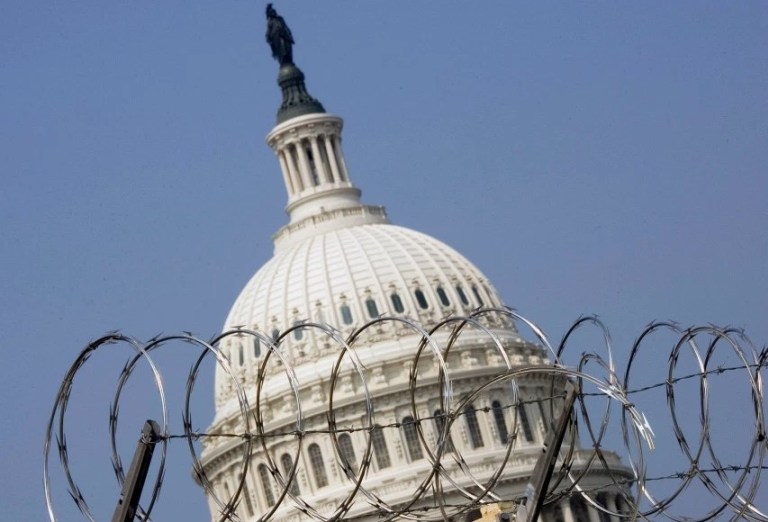 (TNS) Budget hawks have often said that the U.S. government doesn’t have a revenue problem, Congress has a spending problem, and a new fiscal analysis by the Congressional Budget Office proves the point.

According to the Congressional Budget Office, every year Congress authorizes money for hundreds of billions of dollars’ worth of programs that have legislatively expired — some as long ago as 1985 — and yet, few on either side of the aisle seem to be in any hurry to remedy the problem.

The CBO found in a report recently made public by Sen. Mike Enzi (R-Wyo.), chairman of the Senate Budget Committee, which found that tax dollars will be spent in 2020 on at least 1,046 expired authorizations on programs under 272 laws approved by Congress and signed by the president, The Epoch Times reported.

Congressional appropriations set program funds each year. Prior congressional authorizations define a program’s purpose and resources to achieve that purpose. Authorizations typically are for one to five years and must then be renewed.

The CBO was first ordered by Congress in the Budget and Impoundment Control Act of 1974 to prepare an annual report on unauthorized spending.

“It is time for Congress to take a close look at what we are actually funding,” Enzi said in a statement accompanying release of the CBO report.

“Lawmakers should review and authorize programs and activities before they fund them. This could help improve government programs that are not delivering results, including by reconsidering a program’s purpose and imposing some accountability,” Enzi said.

That sounds good, and even prudent, of course. But as veterans of congressional budget battles know, words are the only things in the halls of the U.S. Capitol that are cheap.

“It requires the authorizing committees to do their basic job to determine which programs should be allowed to continue and which ones need to be modified or consolidated or terminated, and they are not doing that job,” Schatz told The Epoch Times Wednesday, noting that lawmakers very often ignore their own spending rules.

“Whole departments haven’t been authorized, so technically they are not allowed to operate but what the appropriations committee does is it simply says, ‘We’re going to waive the fact they have to be authorized and allow the programs to keep going,’” Schatz explained.

“It doesn’t allow for much to be done to modernize or update anything, and that’s part of the reason why the executive branch takes control of a lot of things and tries to do things with regulations and guidance and everything else because they don’t get the proper instructions from Congress,” he added.

“Technically, Congress can’t appropriate funds to unauthorized programs. However, the rules that prohibit it are weak and almost always ignored,” he told the paper. “They are enforced through a budget point of order, which can easily be waived. This is often done in the rule for a House appropriations bill and a simple majority vote in the Senate.”

“When the budget process is ignored, it inevitably leads to the continuation of ineffective programs and wasteful spending, making taxpayers the real losers,” Bogie said.

Elizabeth Hempowicz, Project on Government Oversight’s Director of Public Policy, mentioned but one example of the “zombie” programs and agencies that are defunct, technically and legally, but continue to be funded anyway.

“The Merit Systems Protection Board (MSPB) has not been authorized right now for years, but money continues to be appropriated to keep the agency running,” Hempowicz told the Times.

“So, there’s this idea that authorizing statutes are optional now because in many ways Congress has slowed down to this trickle of legislation and most of them are spending bills. As long as they are appropriating, they can pat themselves on the back for doing their jobs,” she added.

The International Security and Development Cooperation Act of 1985 was the oldest of 15 laws, with 6,887 distinct unauthorized appropriations in the 2020 federal budget. Next was the Housing and Community Development Act of 1992, with more than 5,500.

Topping the CBO list was the Veterans Healthcare Eligibility Reform Act of 1996, with 82,586 distinct unauthorized appropriations, followed by the Quality Housing and Work Responsibility Act of 1998, with 31,293.

Meanwhile, President Trump has been pushing lawmakers to trim spending and has even proposed spending bills that cut a lot of waste. But Congress refuses to pass them.

To put this all in perspective, the president was forced to declare a national emergency and slug it out in federal court with Democrat-aligned groups just to appropriate a few measly billion for the border wall, which should have been considered by all as a national security priority.