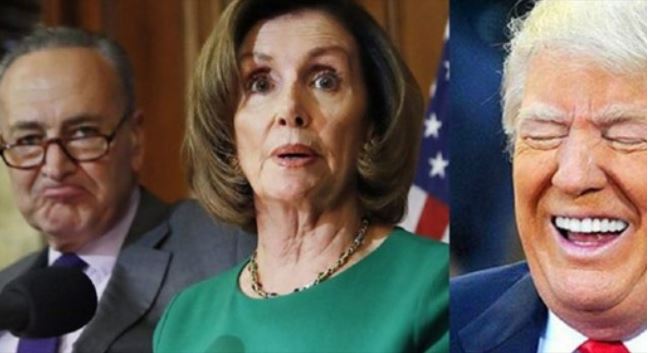 Opinion| Lawrence David| Those waiting for President Trump to start punching off the ropes may finally be getting their wish.

On Wednesday, President Trump announced that Richard Genell, who had been serving as Ambassador to Germany, would be taking the helm at the Office of Director of National Intelligence.

The appointment of Grenell on an acting basis allows the president to sidestep approval of the corrupt Senate Select Committee on Intelligence that is required for permanent appointees.

The SSCI had previously blocked the nomination of Rep. John Ratcliffe because he was already aware of the corruption resident in the intelligence community.

Grenell is eligible for an “Acting” assignment because he received Senate confirmation for his previous position.

Grenell can serve for up to 210 days before a reappointment would be required. That would bring Grenell’s assignment to the middle of September before the president would have to decide whether to replace him. Strikingly close to the November election.

There’s reason to believe that Grenell will do the work in cleaning out corruption within the intel community that previous leadership, those who were able to secure Senate confirmation, simply refused to do.

The careers of a lot of elected members of both House of Congress may be riding on what Grenell finds.

Grenell gave us all reason to “believe” he would be different from his predecessors when he announced he was bringing Kash Patel with him.

Patel was Devin Nunes’ chief investigative bulldog who was largely responsible for the so-called “Nunes Memo” that outlined widespread wrongdoing by intel community members in an attempt to remove President Trump.

The most recent IG Report confirmed the veracity of the Nunes Memo.

The Nunes memo was not Patel’s first foray into the FISA and unmasking controversy that was found by the FISA Court to have resulted in illegal surveillance of President Trump, his associates, and his family.

Patel also urged Nunes to hold top officials at the Justice Department and the FBI in contempt of Congress for failing to turn over documents related to the Obama administration’s alleged use of the dossier to surveil Trump associates during the transition period.

Are Grenell and Patel the honest law enforcement bulldogs that we’ve been lacking?

The president must believe so. He gave them a mandate to do a “top to bottom” house cleaning of DNI Operations…

President Trump, and his family and associates, have been forced to withstand a withering assault by corrupt operatives within the intelligence community intended to drive him from office. Those assaults have been proven to be meritless.

In an attempt to defend the Office of the Presidency from future unwarranted assaults the president has stated on numerous occasions that this will not be tolerated.