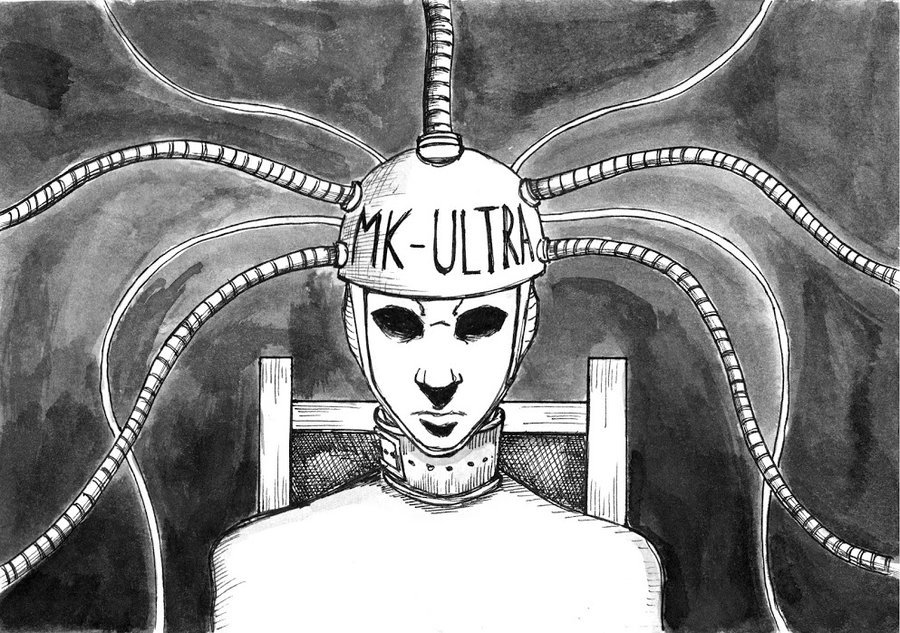 Project MKUltra (or MK-Ultra), also called the CIA mind control program, is the code name given to a program of experiments on human subjects that were designed and undertaken by the U.S. Central Intelligence Agency, some of which were illegal.[1][2][3] Experiments on humans were intended to identify and develop drugs and procedures to be used in interrogations in order to weaken the individual and force confessions through mind control. The project was organized through the Office of Scientific Intelligence of the CIA and coordinated with the United States Army Biological Warfare Laboratories.[4] Code names for drug-related experiments were Project Bluebird and Project Artichoke.[5][6]

The operation was officially sanctioned in 1953, reduced in scope in 1964 and further curtailed in 1967. It was officially halted in 1973. The program engaged in many illegal activities,[7][8][9] including the use of U.S. and Canadian citizens as its unwitting test subjects, which led to controversy regarding its legitimacy.[7](p74)[10][11][12] MKUltra used numerous methods to manipulate its subjects’ mental states and brain functions. Techniques included the covert administration of high doses of psychoactive drugs (especially LSD) and other chemicals, electroshocks,[13] hypnosis,[14][15] sensory deprivation, isolation, verbal and sexual abuse, as well as other forms of torture.[16][17]

The scope of Project MKUltra was broad, with research undertaken at more than 80 institutions, including colleges and universities, hospitals, prisons, and pharmaceutical companies.[18] The CIA operated using front organizations, although sometimes top officials at these institutions were aware of the CIA’s involvement.[19]

A group of survivors is suing.

According to this CTV News article, survivors and families of an MK Ultra brainwashing program run by Dr. Ewen Cameron at McGill University in Montreal in the 1950s and 1960s have banded together to bring the horrors of this program more fully into the public eye.

They are planning a class action lawsuit against the provincial and federal government, an initiative which lawyer Alan Stein feels optimistic about:

“I believe we can claim moral damages as a result of the experiments when Dr. Cameron used these people as guinea pigs.”—lawyer Alan Stein

There is reason to take Alan Stein seriously in this matter. He has successfully represented numerous survivors who were once patients at the infamous Allan Memorial Institute at McGill University.

In 1992, then Justice Minister Kim Campbell compensated 77 former patients of the program, but denied others a payout because they were deemed not damaged enough. Stein has handled several lawsuits and out of court settlements since.

What is different with this class action suit is that the primary objective of the victims is a public apology and an admission of complicity on the part of the government. In previously successful individual lawsuits, money was paid out based on the extent of damage—such as the degree to which the victim had reached a ‘childlike state’—and not on the fundamental principal that citizens’ human rights had been egregiously violated.

Here’s a video history from the CBC (Canadian Broadcasting Company).

Here’s hoping these survivors get some justice.

How many lives were totally ruined by MKUltra?

It’s too bad they aren’t suing our government as well.

Here’s a snippet from a recent article about Whitey Bulger, convicted murderer and MKUltra guinea pig.

EASTHAM, Mass. (AP) — One of the jurors who convicted notorious crime boss James “Whitey” Bulger says she regrets her decision after learning that he was an unwitting participant in a covert CIA experiment with LSD.

Bulger terrorized Boston from the 1970s into the 1990s with a campaign of murder, extortion, and drug trafficking, then spent 16 years on the lam after he was tipped to his pending arrest.

In 2013, Janet Uhlar was one of 12 jurors who found Bulger guilty in a massive racketeering case, including involvement in 11 murders, even after hearing evidence that the mobster was helped by corrupt agents in the Boston office of the FBI.

But now Uhlar says she regrets voting to convict Bulger on any of the murder charges.

Her regret stems from a cache of more than 70 letters Bulger wrote to her from prison. In some, he describes his unwitting participation in a secret CIA experiment with LSD. In a desperate search for a mind control drug in the late 1950s, the agency dosed Bulger with the powerful hallucinogen more than 50 times when he was serving his first stretch in prison — something his lawyers never brought up in his federal trial.

How many Whitey Bulgers did the CIA create?

We may never know.

They used humans as guinea pigs and will likely never fully pay for their crimes, but at least these Canadian lawsuits will shine more light on those crimes.