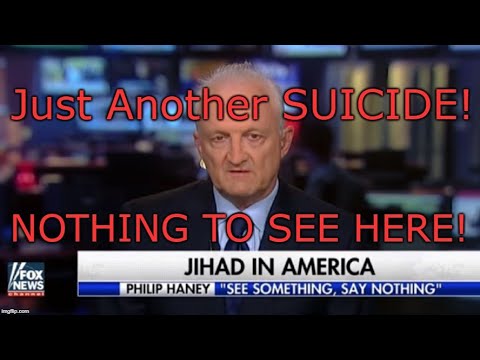 For those who missed Saturday’s news, an Obama Whistleblower is dead of alleged suicide.

Let’s start with some facts and then we will show you what his personal confidante has to say.

DHS whistleblower Philip Haney was found dead on Friday.
The whistleblower against the Obama administration was shot dead near his vehicle in California.

Haney told Sean Hannity in 2016 that he was ordered during the Obama administration to scrub the record of Muslims in the US with terrorist ties.

The story of his death has still not been reported by the mainstream media.
The Gateway Pundit was notified of this last night.

Haney had been missing since Wednesday.

Philip Haney said political correctness during the Obama years killed the investigation that might have stopped the San Bernardino Christmas terrorists.

We’ve received reports that Philip Haney, a DHS whistleblower on the Obama administration, has been found dead.

We have not yet received independent confirmation from the Sheriff’s Department, but sources within law enforcement have verified that there’s a death investigation underway.

If you have seen a few episodes of Behind the Uniform or have ever watched Fox News, you probably recognize the name Philip Haney. He was the DHS whistleblower that dropped the hammer on the Obama administration regarding the Muslim Brotherhood and ISIS.

He was also a friend to many at Law Enforcement Today. We have an exclusive interview with him at the bottom of the article that was conducted on Behind the Uniforms before his death.

My friend Phil Haney was found shot yesterday in CA. I had lunch with him a month ago. He warned something could happen to him. He was to get married in a month. It will be falsely called a suicide.

Conservative US is reporting that a personal confidante of Haney was warned this might happen.

Haney’s close friend Jan Markell, a radio host, author and speaker, tweeted out this from her last conversation with Phil Haney.

“My friend Phil Haney was found shot yesterday in CA. I had lunch with him a month ago. He warned something could happen to him. He was to get married in a month. It will be falsely called a suicide.”

Phil Haney spoke out against CAIR in an interview in October with Barry Nussbaum on American Truth Project.

Philip Haney spoke out against the Muslim Brotherhood’s infiltration of the US government back in October.
Haney was also an outspoken critic of CAIR (the Council for American-Islamic Relations).

From the October interview:

Philip Haney: CAIR is the acronym for the Council on American Islamic Relations. It’s probably the best known Muslim organization in the country, but unfortunately, it’s also connected, irrefutably proven to be connected to the Muslim Brotherhood. Now, the Muslim Brotherhood has been already designated in several countries around the world, including Middle Eastern countries, and they should know as a terrorist organization, as a front group up to and including Hamas, which we know as a designated terrorist group itself. Now, the Muslim Brotherhood was founded in 1928 as an Islamic revival organization, and its goal is to implement a caliphate, a Sharia-based form of government around the whole world. They’re not shy about saying so, and we’re not immune to it, which brings us to where we are today. We’ve been continuing to track this group and other ones that are part of the Muslim Brotherhood. And I have to say with great distress that if anything, they’re more woven into the fabric of different branches of our government today, 2019 October than they were when I was still active duty within DHS. And yeah, that does seem like a bold statement. It seems like it ought to be impossible, but I think that’s what we’re going to go over today.

Barry Nussbaum: So I get it. And let’s talk specifics. So why in the world Phil with the FBI, the premier law enforcement agency in the world, and certainly our number one national police force whose mission it is to protect us internally within the boundaries of the United States what the heck is the FBI doing in bed with CAIR?

Philip Haney: Well, first of all, let’s make sure to make the point that they are. This isn’t something that started years ago and was taken care of. I’m talking just in the last week or two. CAIR and other Muslim Brotherhood front groups have been meeting by invitation from the Department of Homeland Security and/or branches within the U.S. State Department to help implement and develop policy here in the United States. And before I forget it, I should mention that the new focus of the Department of Homeland Security has just released in their new twenty nineteen strategic documents, about 20 to 40 pages, is a focus on white supremacy, not so much Islamic terrorism. Now a new shift into a new arena, white supremacy. And that brings us to the relationship with CAIR. They have now asked groups like CAIR and the Muslim Public Affairs Council and the U.S. Council of Muslim Organizations all part of the Muslim Brotherhood to come and help them implement this new policy of focus on white supremacy.

Read it all at Conservative US…

Obama wouldn’t have someone killed because they spoke out against CAIR or The Muslim Brotherhood, would he?

Of course he wouldn’t. 😉

There’s nothing to see here.