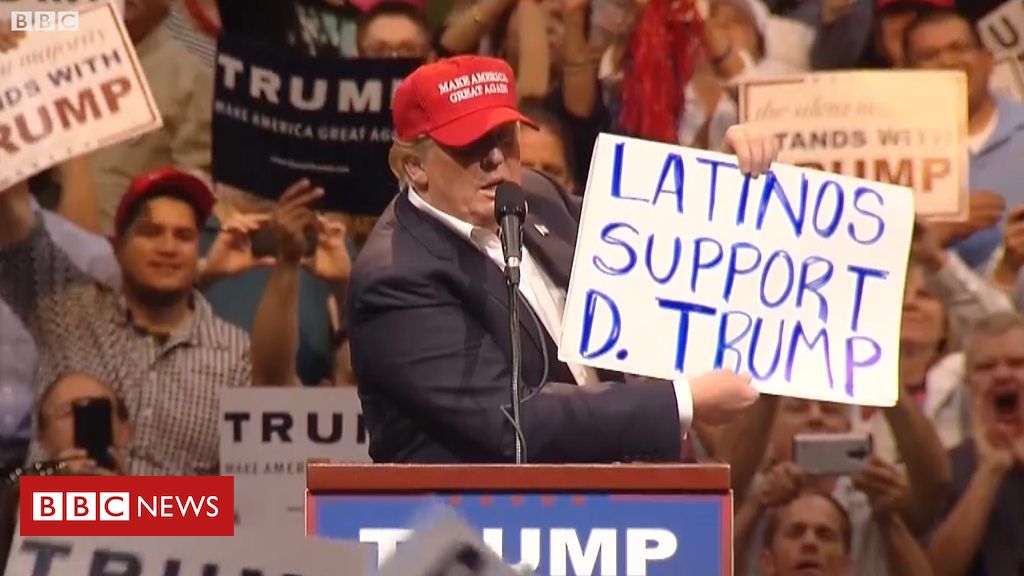 “This is my first rally,” Moses shared with me.

“I felt so comfortable here.”

“Me & my wife are from El Paso. We support @realDonaldTrump. We are 100% Mexican & we’re proud to be American!”

The Democrats have totally lost touch with people that used to support them.

Moses is just the latest example of Democrats who are fleeing for the exits and supporting President Trump.

Here’s more commentary from The Blaze:

A video of Moses, a pro-Trump Hispanic voter, went viral Saturday showing the man’s energetic reaction to his first rally in support of the president’s re-election campaign.

“This is my first rally. I used to be a Democrat!” he told a reporter with Abate Media.

Moses is one of many Hispanics who has attended a Trump campaign event this year. According to Trump campaign manager Brad Parscale, 27 percent of attendees at a recent Trump rally in Las Vegas, Nevada were either black or Hispanic.

Parscale has highlighted how many attendees of President Trump’s rallies are not always Republicans. At a recent rally in Colorado, for instance, 17 percent of those in attendance were registered Democrats.

‘Where are the racists everybody talks about?

Moses also took a moment to mock liberal media personalities who peddle stereotypes of Trump supporters, such as MSNBC’s Joy Reid who said on Saturday people who voted for President Trump in 2016 were preoccupied with “taking this country back from the brown people, the immigrants.”

“Where are the racists that everybody talks about?” said Moses while looking around pretending to be searching for someone.

“I felt so comfortable here,” he added while noting Trump rallies are attended by “just people who care about America.”

The reporter then asked Moses what would he tell the president if he was listening.

“I support everything you do,” he said.

Adding, “I am Latino. I am from El Paso, Texas. Build that wall!”

Moses explained he and his family support the wall because it curtails the flow of illegal substances. “So many drugs come in through that border. You’re doing a good thing with that wall.”

Again, Moses is just the latest example of how Democrats are fleeing their party.

Democrats have abandoned their base.

This is why they are so intent on standing against Trump’s wall.

After immigrants have been here for some time, like Moses, they tend to wake up and see what is really going on.

There is an old redneck saying…

A bird in hand is worth 2 in the bush.

Democrats have no intention of taking care of their voters.

Their historic game plan is to fool enough of the masses to win elections, while continuing to recruit more fools.

Without more immigrants flooding across our border, they are extremely aware that their strategy can not succeed.

Republicans win with results and truth.

Republicans that do not deliver are, more often than not, swiftly removed.

Somehow that gets them re-elected, most of the time.

Their districts are filled with guys like the “Old” Moses who have yet to awaken to what is really going on around them.