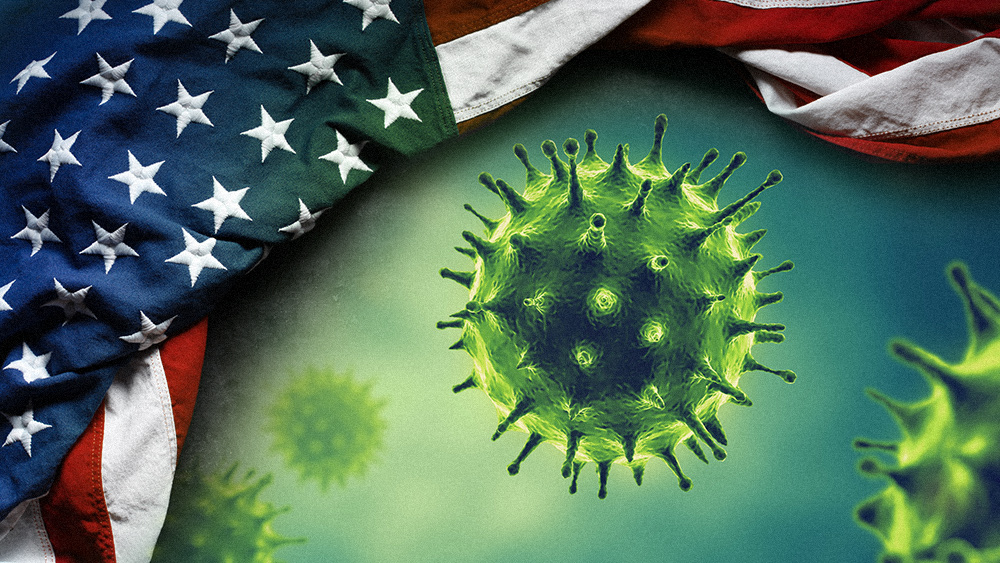 (Natural News) The Fairview Development Center in Costa Mesa, California, where the US government just tried to quietly house 35-50 infected coronavirus patients, is a state-run facility for the mentally disabled, with a “shadow staff” of 200 people but only six patients according to official records.

Notably, the center has no biocontainment facilities and no staff trained in level-4 biohazards. It’s actually described as a kind of “prison” by critics who also call it “shoddy” and “run down,” with the “odor” of a jail (see source below).

It begs the question: Why would the United States Air Force attempt to relocate up to 50 infected coronavirus patients to a facility with no biocontainment capabilities, right in the middle of a high-density population area near Los Angeles?

Why wouldn’t the Air Force just keep the infected patients at the Travis Air Force Base where they have containment? This idea of “exporting” infected patients into a high-density city near Los Angeles seems incredibly unwise, if not criminally negligent.

Finally: How can there be up to 50 infected patients trying to be moved by the Air Force when the CDC says there are only 35 infected people in the entire nation?

That question, of course, almost answers itself.

The strange history of the Fairview Development Center

According to the Fairview Developmental Center newsroom:

The Department of Developmental Services provides services and supports to individuals with developmental disabilities through state-operated developmental centers and community facilities.

Although nearly shut down today, the center still has 200 staffer on its payroll (source), and it’s not clear what those 200 people are doing since there are only six patients remaining. (Your own theories are welcomed…)

The center has a history of mysterious deaths and sexual abuse of residents, yet has achieved a 100% vaccination rate among all its residents over the many years it has existed. According to public records, over 43% of patients there are given “hypnotic drugs” and similar pharmaceuticals.

The Fairview facility has 396 beds and has housed hundreds of mentally disabled individuals with autism, Down’s Syndrome, cerebral palsy and other development disorders. In 2016, a plan was unveiled to close the facility, but it remains semi-operational. Gov. Newsom is looking into transforming the entire thing into a kind of homeless camp.

Last week, the U.S. government tried to secretly export 35-50 infected patients out of Travis Air Force Base and deposit them in the Fairview facility. City officials of Costa Mesa got word and filed an emergency lawsuit with federal courts in California, achieving a temporary restraining order prohibiting the transfer of patients there.

The Fairview facility is located just south of Los Angeles, near Huntington Beach / Newport Beach. In their lawsuit, Costa Mesa officials warned the facility was right in the middle of a county of three million people.

Mysterious deaths and abuse of patients

“Eight people suffering from schizophrenia, severe intellectual disabilities and other debilitating conditions died at Fairview Developmental Center in Costa Mesa between 2002 and 2011, at least partly because of neglect or lack of supervision, newly released documents show.” OCregister.com:

In 2002, a 30-year-old, intellectually disabled woman known to flail about in her sleep was found dead of asphyxiation, dangling from her bed. She had fallen through a gap between the mattress and a side rail, according to a report written by the California Department of Public Health.

The same year, a 34-year-old epileptic man with profound intellectual disabilities, ADHD and a documented history of eating non-food items, died after swallowing a 13-inch shoelace and a brown plastic bag.

The reports also reveal dozens of cases of abuse, negligence and lack of supervision that led to injuries, falls, escapes and sexual abuse, including a Fairview employee in 2001 twice having sex with a 17-year-old girl with an intellectual disability. For that incident, the Department of Public Health fined Fairview $2,700.

The 16-year-old girl was discovered lying on the floor of her bedroom. Her attacker later told a staffer that she had sneaked into the girl’s room and smothered her with a pillow, wrapped a radio cord around her neck, then returned to place a plastic bag over her head.

All these mysterious deaths were covered up by California state bureaucrats and were only released after a three-year court battle fought by the Center for Investigative Reporting.

Patients at Fairview died from superbugs and infections… and this is where the Air Force wants to place coronavirus patients?

Most disturbingly, the Fairview facility has a history of patient deaths related to superbugs and infections.

One teenage resident smothered and eventually killed another teenager while the employee in charge skipped her normal rounds. A 48-year-old man with a history of a weak immune system died of septic shock when a facility doctor didn’t treat him for MRSA – a highly contagious, dangerous and antibiotic-resistant staph infection – even though his lab work showed he had it.

Another resident suffered for months before succumbing to an infection from a misplaced feeding tube that doctors, nurses and care staff all failed to notice.

It begs the obvious question: How is a facility that can’t handle MRSA going to handle the COVID-19 Wuhan coronavirus biological weapon that spreads through the air in “stealth” mode and is carried by people who show no symptoms whatsoever?

The incidents in the documents ranged from death to verbal abuse. One nurse who noticed a resident with his hand down another resident’s pants called him a “mother fucking faggot” who needed “to be shipped out of here.” Patients were reported to have been shoved, grabbed by the hair, kicked while on the toilet, marched down the hall naked, doused with ice water and sexually abused.

On an October morning in 2005, a staff member found a 25-year-old resident vomiting blood in his bed at the Sonoma Developmental Center. In his vomit, staff found a plastic-handled cotton swab used for dry mouth. They immediately transferred him to an outside hospital.

It turned out that he had swallowed several swabs. One punctured his esophagus, then his aorta, on its way down, causing massive internal bleeding.

Both the autopsy and the public health department’s investigation suggest that caregivers left the swabs in his mouth.

A retired police officer from San Diego describes the facility as a “prison camp” with prison-like conditions.

Via the OC Register:

Larry Ingraham, whose brother died in Fairview in 2007 from a broken neck, wants the state to shutter the developmental centers.

“It’s like a prison,” said Ingraham, a retired police officer from San Diego.

Perhaps that’s why the Air Force chose it for a coronavirus “quarantine,” but without any isolation facilities, it will be no more effective as a quarantine facility than the Diamond Princess cruise ship.

The fact that the U.S. Air Force was trying to house 50 infected coronavirus patients at this facility should send shivers down the spine of anyone living in Southern California.

But remember, the CDC says there are no “community outbreaks” because they aren’t testing for community outbreaks. And according to the CDC’s published testing guidelines, there will never by any confirmed outbreaks in America, since the CDC prohibits the testing of any American who is infected by another person in America who hasn’t been to China.