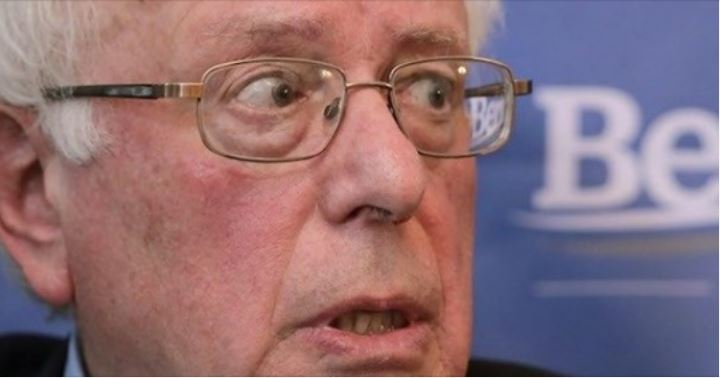 And they aren’t having it.

After Sanders’ blowout win in Nevada, party apparatchiks have pulled out all of the stops and are using whatever political means they can find — fair and unfair — to derail the Sanders Express.

To be sure, the effort actually began earlier this month, after Sanders eked out a win in New Hampshire. Krystal Ball tweeted out some polling data allegedly showing that more than six-in-10 Democrat Leftist voters would opt out in November of the contest came down to President Donald Trump and fellow billionaire Michael Bloomberg.

For my progressive/dsa friends, if the General Election came down to Bloomberg vs Trump, who would you vote for?

So — that’s pretty much a ringing endorsement of Bernie Sanders, hence, “progressive/Democratic Socialists of America” friends.

Granted, it’s not a scientific poll, but still, it’s fairly obvious that, given the way Sanders was treated by the Democratic establishment in 2016, as the process was rigged in favor of Hillary Clinton, it’s safe to say that a lot of Prog/DSA voters wouldn’t go to the polls on Election Day if he wasn’t the nominee.

But on the other side of this coin, anti-Bernie Bros are vehemently talking down a Sanders nomination. They include the likes of Hillary Clinton, James Carville, James Clyburn, Chris Matthews, and Joe Lockart.

All of which has the Bernie Express riled:

They’re also taking on the Left’s daily news “Bible,” The New York Times, the most vehement anti-Trump media operation this side of CNN, the Washington Post, and MSNBC.

They gave the candidate most likely to be the nominee just one vote. Just one! https://t.co/VHLXvAaLQq

Who are the misnamed “Justice Democrats”? From their website:

Justice Democrats is working to elect a mission-driven caucus in Congress that will fight for solutions that match the scale of our many crises: skyrocketing inequality, catastrophic climate change, deepening structural racism as the country becomes more diverse, and the corporate takeover of our democracy.

Fighting for the Green New Deal, Medicare for All, free college, ending mass incarceration and deportation and rejecting all corporate PAC money.

We’ve been reporting on the growing angst within the Democratic Party establishment the more Sanders rises. This is going to get very ugly before it’s all said and done, and, maybe, even bad enough to permanently wound the party as a viable political movement.