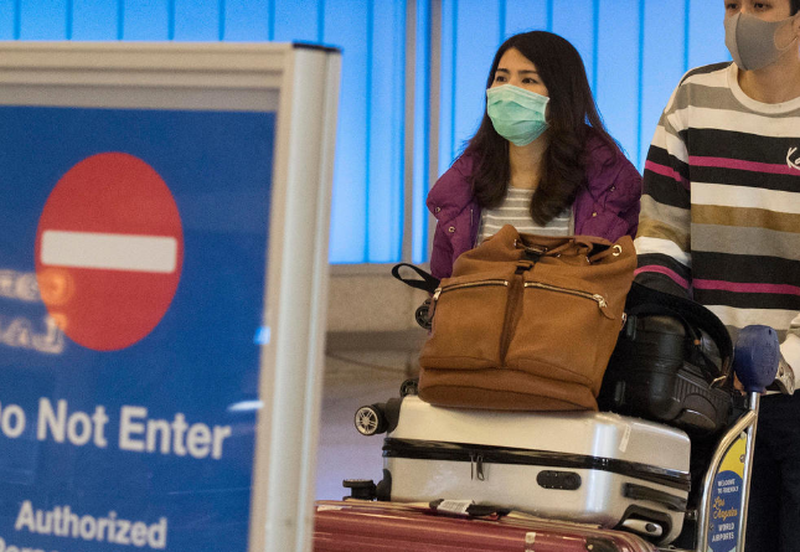 As the CDC and the State Department continue their blame game over who was responsible for breaking quarantine during the evacuation of more than 300 American passengers aboard the ‘Diamond Princess’, a Rutgers professor is raising interesting questions about the federal government’s response to the outbreak on Twitter.

Richard Ebright, a professor of chemical biology, pointed out that only 426 Americans have been tested for the coronavirus since the outbreak began.

Not question each of those countries has a more serious outbreak. But it seems like there have been enough scares across the US to warrant more tests, especially as authorities promised to trace contacts and isolate them.

As of Monday, the CDC has reported 39 cases among people returning from Wuhan or the Diamond Princess, 12 additional ‘travel related’ cases, as well as two cases of human-to-human transmission involving family members of those infected abroad.

So, why hasn’t the US taken the initiative to test more cases? It’s true that the CDC warned about a shortage of quality test kids last week. And on Monday, senior White House officials warned about the vulnerable supply chain for health-care products needed to combat the outbreak, as we noted earlier.

Does this mean the federal government and the CDC have obscured the seriousness of a shortage of virus tests and other medical gear?

Or is this another example of the federal agency dragging its feet for some reason probably related to bureaucratic politics.

Meanwhile, US–with most expensive, but most dysfunctional, healthcare system on planet–has performed just 414 tests and has little or no capacity to perform more (https://t.co/rqZZUx1nMX)

And he’s not the only one raising questions.

It’s especially alarming since CDC Director Dr. Robert Redfield warned that the virus would likely ‘gain a foothold’ in the US in the not-too-distant future. He characterized it as an unavoidable eventuality.

“The containment phase is really to give us more time,” he said. This virus will become a community virus at some point in time, this year or next year,” said Redfield. “We don’t have any evidence that this coronavirus is really embedded in the community at this time, but with that said, we want to intensify our surveillance so that we’re basing those conclusions based on data.”

If assuaging the public’s fear was Redfield’s aim in giving this interview, he definitely failed to accomplish his mission.

Also, the finding begs the question: Why did the Trump Administration give away so many hundreds of thousands of face masks and other medical supplies like virus tests to China if the shortage here was so dire?

Whatever the reason, this one salient fact is becoming increasingly difficult to ignore as all hell breaks loose in Italy and South Korea:

Incredibly, CDC is getting worse at testing with time, instead of getting better.

Especially with 8,000 people under a self-imposed quarantine in California, the shortage of kits is certainly alarming.