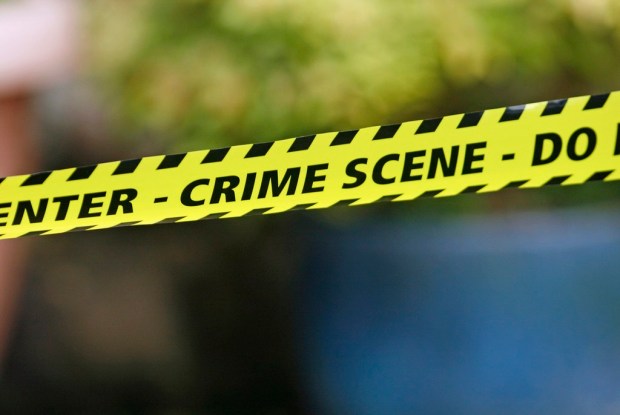 In addition, other presidential pardons have come under fire as well, mostly because Trump is still president after several failed Democrat deep state attempts to depose him.

Whether it was Trump’s ‘interference’ in pardoning military special ops members who had been politically charged or his acts of clemency and pardon, the Democratic Left and their media have complained.

The White House portrayed it as an act of mercy for deserving candidates whose debts had been repaid. But the move also raised questions about Trump’s intervention in criminal cases, especially when handling individuals with powerful connections, and over how he might deal with two associates, Michael Flynn and Roger Stone, who are facing imprisonment.

Never mind that the power to grant pardons and issue clemency has been a presidential authority since the Constitution was ratified. The only reason it’s “controversial” now is because Donald Trump is president.

But let’s see…how do his pardons and acts of clemency compare with new Left-wing Democratic “criminal justice reform” measures that include eliminating cash bail and refusing to pursue prosecutions against legitimate criminal acts?

In Trump’s eye, he is merely extending courtesies to people who he believes have paid their societal debt. By comparison, Left-wing prosecutors and attorneys general aren’t charging criminals in the first place.

Fox News host Tucker Carlson noted this dichotomy (hypocrisy, really) just a few days ago in criticizing the conviction and sentencing of longtime Trump pal Roger Stone, who would not even have faced charges if he had not been dragged into the Russian collusion hoax by special prosecutor Robert Mueller.

“[Stone] was convicted of lying during Robert Mueller’s Russia investigation. In the end, Mueller couldn’t find collusion but Stone got up to nine years in prison,” Carlson said on “Tucker Carlson Tonight.” “‘Good,’ says official Washington. ‘He’s annoying and worse, he’s close to Trump. Let him die there.’”

“Dean led the Watergate cover-up for months. He made hush payments to the burglars. He destroyed the evidence to keep investigators from finding it. So how much time has he served for all that?” Carlson asked. “Well, he served four months. He’s not Roger Stone.”

He then pivoted to former acting FBI director Andrew McCabe. Only hours earlier, on Feb 14, the Justice Department said it would not pursue criminal charges against McCabe after he was fired from the DOJ for “lacking candor” when questioned about the agency’s watchdog over unauthorized leaks to the media about the DOJ investigation into the Clinton Foundation.

“Lacking candor” = lying. A federal crime when it involves lying to federal investigators.

“Andy McCabe authorized illegal leaks to the press and then lied to investigators about doing it. McCabe was fired from his job for that, as he should be,” Carlson said. “But today, prosecutors announced that they will not bring any criminal charges against him.

“If he was Roger Stone, McCabe would be in jail right now. Instead, he’s a celebrity fawned over by the hair hats on cable news,” Carlson said. “No doubt his salary has increased. Be grateful he didn’t get caught supporting Donald Trump three years ago.”

Carlson then brought up multiple criminal cases in which criminals were let off the hook for serious crimes and went on to commit more crimes.  The host then juxtaposed the situation with gun control, saying Democrats are picking on law-abiding, gun-owning Virginia residents, but leaving serious criminal violators alone.

“They’re not for gun control. They’re for punishing people who don’t vote for them. And the same thing is happening here,” Carlson said. “The left doesn’t want criminal justice reform. If they did, they’d be on Roger Stone’s side. No, what they really want is to send their political enemies to jail.”

Attorney General William Barr has also blasted this Left-wing ‘look the other way’ lunacy. In a recent address to a sheriff’s association, he said “self-styled ‘social justice’ reformers are refusing to enforce entire categories of law, including law against resisting police officers.”

“In so doing, these DAs are putting everyone in danger,” Barr added, asserting that their “policies are pushing a number of America’s cities back toward a more dangerous past.”

Leftist ‘logic’ — Trump issuing pardons to people who have served at least some of their time behind bars is ‘outrageous’ and ‘wrong.’ ‘Progressive’ DAs electing not to charge people for entire classes of laws is ‘compassionate, ‘good,’ and will make our cities ‘safer.’