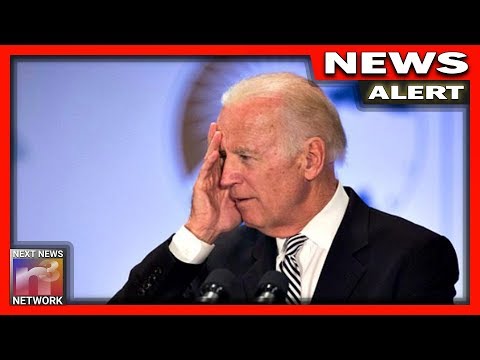 I bitterly cling to my theory that Joe Biden has dementia and is not fit to be a public servant, regardless of his politics.

Take it away Josh:

It is unclear if he will be challenging Tim Scott or Lindsey Graham, but the GOP controls both seats.

What a nut job!

What is wrong with old Joe?

Biden reminded the crowd that South Carolina sent Bill Clinton and Barack Obama to the White House…so he asked the state to help him win in 2020.

“I have a simple proposition here. I’m here to ask you for your help. Where I come from you don’t get far unless you ask,” said Biden.

“My name is Joe Biden. I’m a Democratic candidate for the United States Senate. Look me over. [slurs words]..if you don’t like me, you can vote for the other Biden — give me a look though, okay?”

Joe Biden: "My name is Joe Biden. I'm a Democratic candidate for the United States Senate…if you don't like me, you can vote for the other Biden."

Does Joe Biden have dementia or was he simply making a joke that wasn’t funny?

My bet is that there is something seriously wrong with Biden, aside from his sense of humor or politics.

Biden suffered the burst aneurysm in 1988, when he was a Delaware senator. Believing that he was close to death, a Catholic priest was preparing to administer Biden’s last rites. Surgeons clipped a second aneurysm before it bust a few months later.

The former vice president told the story about his aneurysm as a way to praise firefighters, having been introduced at the event by the president of the International Association of Fire Fighters, Harold Schaitberger. The union endorsed Biden for president days after his campaign launch in late April.

In his Wednesday appearance on CNN during the network’s seven-hour climate town hall, part of Biden’s left eye filled with blood, prompting speculation about the cause and in the wake of concerns about the candidate’s age.

Science Daily hints that there is certainly a greater risk for Dementia after a Cerebral Brain Hemorrhage:

“The study by Biffi et al provides valuable insight into the frequency of early and late dementia after ICH as well as the possible etiologic factors. The frequency of dementia reported in this study emphasizes that it may be helpful to routinely incorporate questions about cognitive status and functional recovery after ICH. For delayed dementia, in particular, it remains unclear whether post-ICH cognitive decline is truly secondary to the ICH itself or if hemorrhage was perhaps a symptom of an ongoing process that also led to cognitive decline,” Rebecca F. Gottesman, M.D., Ph.D., of Johns Hopkins University, Baltimore, writes in a related editorial.

Joe Biden can run for Senate or President or whatever he’d like and he won’t win at this point.

This man has serious mental problems that could be debilitating if someone doesn’t step in soon.

I think he is a sexual deviant and a crook.

But he is also a human being and he does not look anywhere close to mentally fit to hold public office.

This appears to be more than fatigue, though I am not a mental health expert.

He may not be fit for anything soon if those around him can not convince him to drop out NOW.

Give it up Joe and get to a doctor.