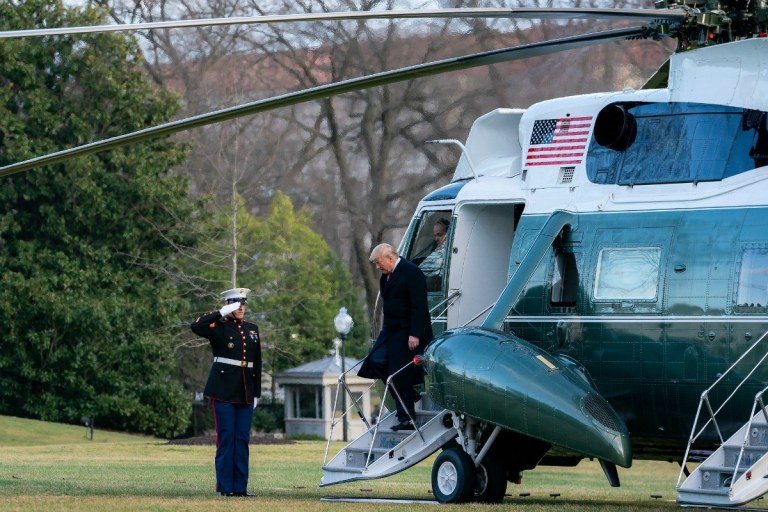 (TNS) In November 2008, Rahm Emmanuel, incoming chief of staff to President-elect Obama, told The Wall Street Journal editorial board, “You never want a serious crisis to go to waste. And what I mean by that is an opportunity to do things that you think you could not do before.”

He was talking about being able to get a series of bills, policies, and regulations passed as a result of a then-mounting financial crisis that would eventually be known as the “Great Recession” of 2008-09.

If the Democrats are good at anything, it is taking advantage of, and playing on, Americans’ fears, and they are doing it again.

Over the past 24-48 hours, Democrats have seized upon the coronavirus as a new line of attack against President Donald Trump, as the party gets closer to picking a nominee. The narrative is already taking shape, as we reported Tuesday:

Schmuck is, of course, Sen. Charles Schumer, who went on to attack the administration and, the president in particular, for an ‘inadequate response’ to the ‘outbreak.’

Other Democrats are starting to fall in line.

San Francisco Mayor London Breed, perhaps in part to take the heat off her dating-and-gift scandal involving Public Works chief Mohammed Nuru — actually declared a ‘state of emergency’ in the city that will last a week…despite the fact that there as no cases of the virus in San Francisco.

San Francisco on Feb. 25 declared a local emergency over the new coronavirus in a bid to curb the spread of the deadly disease in the city.

The city’s mayor made the move—effective immediately for seven days—despite having no confirmed cases of the coronavirus, which causes COVID-19, as the U.S. Centers for Disease Control and Prevention (CDC) on Tuesday said Americans should prepare for community spread of the disease.

California’s fourth-largest city said it made the move to boost its coronavirus preparedness and raise public awareness of risks the virus may spread to the city.

“Although there are still zero confirmed cases in San Francisco residents, the global picture is changing rapidly, and we need to step up preparedness,” Mayor London Breed said in a statement. “We see the virus spreading in new parts of the world every day, and we are taking the necessary steps to protect San Franciscans from harm.”

There are 57 confirmed cases of coronavirus in the United States.

By comparison, this year’s influenza season, which has already broken out across the U.S. and may now be peaking — infected 26 million people, sent 250,000 to hospitals and killed more than 14,000.

And yet, there’s been no declarations by the Centers for Disease Control and Prevention about a ‘flu pandemic.’ Why not? It’s obviously a killer!

Democrats’ insistence that the president is ‘doing nothing in the face of a pandemic’ is utter nonsense. But they have caused so much panic that Trump announced Wednesday morning he’ll address the nation this evening to try to calm everyone down and to explain what his administration is doing to prepare for as many possible scenarios as it can.

And don’t think that isn’t by design: The U.S. economy is roaring, thanks to President Trump’s policies, so tanking it is definitely a political tactic.

I will be having a News Conference at the White House, on this subject, today at 6:00 P.M. CDC representatives, and others, will be there. Thank you!

Remember Rahm’s words of wisdom the next time you hear a Democrat attack the president over the ‘coronavirus crisis.’

Update: Guess who else thinks Democrats are politicizing the coronavirus to bash the president? Rush Limbaugh; he said as much on his show this morning. Here’s the link.