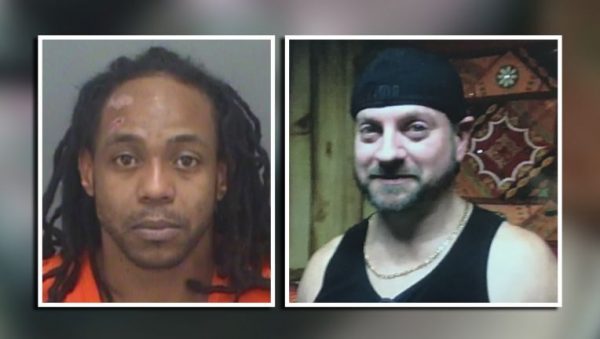 PK Note: Their Lives Matter Too. It’s a book you must pick up. Names you’ve never encountered, stories you’ve never read about, all for one, unmentionable reason: black on white murder.

This story is one you couldn’t believe were it not the unvarnished truth.

A popular bartender in St. Petersburg, a white man named Scott “Scotty” Jenks, was beaten to death by a black immigrant from Jamaica. The beating took place for more than an hour and 19 minutes, with the white man begging for his life, only to be told by his black attacker, “F**k you! F**k your white life! White mother f****r. Don’t treat me like a street n*****. I could shoot you. You wanna die on the ground?”[Court records suggest robbery and racism as motives for murder of local bartender: Court records say surveillance video shows that Scott Jenks plead for more than an hour for his attacker, who he knew, to stop beating him., WTSP.com, January 22, 2020]:

Details in the arrest warrant filed in the Pinellas County court system in the case of a well-known St. Pete man — who was found beaten to death — paint a picture of a brutal attack that was possibly motivated by racism.

According to the state attorney’s office, “The suspect is heard making numerous racial epithets indicative of a hate crime.”

An arrest warrant says that surveillance video shows that Scott “Scotty” Jenks pleaded for Kristoff King to stop beating him for an hour and 19 minutes, while King allegedly refused saying “F**k you! F**k your white life! White mother f****r. Don’t treat me like a street n*****. I could shoot you. You wanna die on the ground?”

According to the arrest warrant, investigators were able to piece the events of the crime together using video surveillance from outside of the Omega Club, Simply Cleaners, and the Sports Bar and Grill — where both Jenks and King were known as regulars and where both left from that night, separately, around 3:00 that morning.

All of those locations are in the Northgate Center at 1144 94th Ave. N, which is the plaza parking lot where Jenks was found by a Sports Bar and Grill employee in the early hours of Jan. 14.

The warrant says besides being beaten to death, Jenks was also robbed. His pockets were turned inside out, and earbuds and keys were near his body.

Court records say that there is also surveillance at King’s apartment that caught him coming home at about 4:36 a.m on Jan. 14. He is seen going through a wallet outside his front door, throwing the contents of the wallet on the ground and then picking those items back up.

Investigators say that video also shows him wearing Nike shoes that match prints found at the scene and on Jenks’ torso.

Video surveillance from outside of the Omega Club, though, is where investigators say the beating happened. That video is where they heard King’s voice, distinct because of his “Bahamian or Jamaican accent,” they said.

According to the warrant, Jenks can be heard, too. And he says his attacker’s name.

Investigators reported that is Jenks repeatedly heard saying “No! Please stop! Stop! I’m sorry!” Followed by sounds of him crying out and groaning in pain.

Jenks’ body was discovered at about 4:40 am.

King was arrested in Alachua County on Jan. 16 and transferred to the Pinellas County jail on Jan. 21 where he is being held on no bond on an ICE hold.

He is charged with first-degree murder.

We aren’t supposed to notice Scott Jenks was a white male and his murderer was black. In fact, in the current year, to notice such racial realities behind this murder is a far graver sin than the murder of Mr. Jenks itself.

Nonetheless, His Name is Scott “Scotty” Jenks. Were the races reversed, his death would be a national story, with the media trying to find ways to connect this modern-day lynching to Emmett Till. As is it, few outside of St. Petersburg and those reading piece will ever stumble across how you died and who took your life.

There is no double standard in America, only The Standard, dictating white people have no collective interests or concerns, and that violent interracial crime can only be reported if a white person (thereby all white people in the USA are guilty) is the suspect.