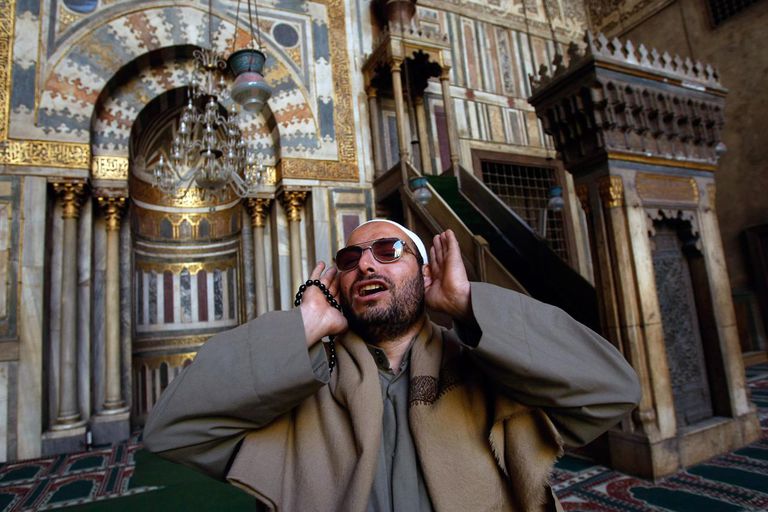 If you live in Paterson New Jersey and like to sleep past dawn, you might want to invest in some earplugs.

The Islamic call to prayer will soon be broadcast all over the city, barring legal appeal.

No need for an alarm clock in Paterson, unless you plan on disrespecting the call to prayer and sleeping in.

But again, that would require earplugs.

Many towns allow Church Bells but how many churches ring their bells five times a day for up to a half hour at a time?

It is doubtful that Allah would approve of these comments on the above video.

These were the five most recent entries at press time. 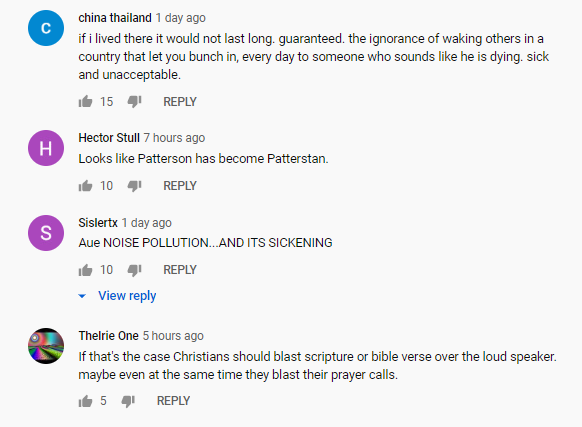 The Cairtv video had a whopping 347 views in the first 24 hours, proving once again how popular Islam has become in America.

As for the detractors above?

Off with their heads!

The next Democratic debate isn’t in Paterson, New Jersey, but it should be: that unlikely city is blazing new trails in multiculturalism and diversity. On Wednesday, the City Council voted unanimously (with two members not voting) to grant preliminary approval to the Islamic call to prayer being broadcast over loudspeakers in the city. This followed the swearing-in earlier this month, on the Qur’an, of course, of Paterson’s new police chief, Ibrahim “Mike” Baycora, the first Muslim police chief in an American city.

Celebrate diversity, right? Sure. The problem is that it is by no means certain that this diversity will celebrate us. The Paterson noise ordinance says: “The city shall permit ‘Adhan’, call to prayer’, ‘church bells’ and other reasonable means of announcing religious meetings to be amplified between the hours of 6:00 a.m. and 10:00 p.m. for duration not to exceed five minutes.”

So the Islamic call to prayer is just like church bells. Sure, and informed, devout Muslims are just Methodists with hats and beards. Reality, however, is not so rosy. The Islamic call to prayer, now to be sounded three times a day in Paterson, New Jersey (there are five daily prayers, but two of them fall outside the 6AM-10PM parameters of the ordinance), declares:

There is no God but Allah (La ilah ill Allah) (once)

Besides being screamed out by Islamic jihad terrorists all over the world (9/11 hijacker Mohamed Atta said it “strikes fear in the hearts of the non-believers”), “Allahu akbar” is a clear demonstration of supremacism. It is often mistranslated in the Western media as “God is great,” but its actual meaning is “Allah is greater,” meaning Allah Is Greater Than Your God or Government. It is an aggressive declaration that Allah and Islam are dominant over every other form of government, religion, law, or ethic, which is why Islamic jihadists in the midst of killing infidels so often shout it.

That ain’t exactly an exact analogy to church bells.

Anyone who has read the Qur’an carefully knows that it doesn’t. So a case can be made that this was not the best course of action for Paterson officials to take. At the very least, a public discussion should take place.

That such a public discussion will take place, however, is about as likely as Bernie apologizing for his entire political career and endorsing Trump. Anyone who raises any question about the wisdom of any of this is immediately denounced as a racist, bigoted “Islamophobe.” In that vein, after the broadcasting of the call to prayer was approved, Paterson Council President Maritza Davila lamented: “The amount of things I saw on social media was so sad. It truly was disheartening.”

Something is indeed disheartening here, but that isn’t necessarily it. The idea that one cannot even raise questions about the wisdom of oath-taking on the Qur’an or the broadcasting of the Islamic call to prayer over loudspeakers, and that anyone who does so has thereby incriminated himself as a “hatemonger,” is in line with the left’s sinister and increasingly open authoritarianism. It is not, however, remotely in line with the American principle of free inquiry. If it’s so fond of messages amplified over loudspeakers, Paterson would have been better advised to start broadcasting the text of the First Amendment in the long run.

Do you think I want a loud obnoxious Muslim call to prayer blasting around dawn in my neighborhood?

I live in Missouri but I think many in Jersey are in for total culture shock as soon as this begins.

Honestly I bet many Muslims think it is obnoxious, though they may not want to admit it.

Do you think Muslims want to hear The Lord’s Prayer broadcast over loud speakers five times a day, starting at dawn?

I wouldn’t expect them to be subjected to that, nor Buddhists, nor anyone who is not appreciative of my beliefs.

So why in the heck are we rolling out the red carpet in Paterson, New Jersey?

Let’s heavily tax their broadcasts and see how long it lasts.

That’s how it’s done in America.

Want to broadcast your call to prayer all over the city?

Advertising is not free.

I can’t believe the people of Paterson will allow this to go on for long.