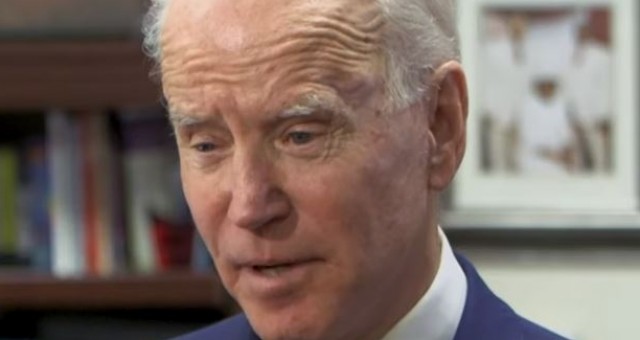 Jackson’s comments came on the heels of a statement Biden made Monday during a campaign event in which he claimed to his audience that he was running for the “U.S. Senate.”

“Where I come from, you don’t go very far unless you ask,” Biden said. “My name’s Joe Biden. I’m a Democratic candidate for the United State’s Senate. Look me over. If you like what you see, help out. If not, vote for the other Biden. Give me a look though, okay?”

Jackson took to Twitter to compare Biden’s alleged mental state to that of President Trump.

“Remember the cognitive test I gave @realDonaldTrump? The one he aced! Sounds like somebody else might need some testing done!! Scary!!” he wrote.

Remember the cognitive test I gave @realDonaldTrump? The one he aced! Sounds like somebody else might need some testing done!! Scary!! https://t.co/MhantZoHIy

Biden has repeatedly made mental errors while on the campaign trail, including forgetting where he is, incorrectly remembering the timeline of specific events, not remembering people who he has met with, and not accurately remembering the details of members of his own family.

The former VP started the 2020 Democratic presidential nomination race as the party’s frontrunner, but that status has since been relinquished to Sen. Bernie Sanders of Vermont.

Biden has not placed well in any of the three primaries thus far.

This article originally appeared at USAFEATURESNEWS and was republished with permission.