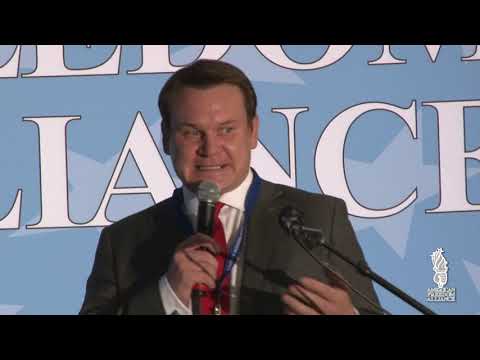 There is a new voice in Europe, and specifically Poland, for 2020.

His name is Dominik Tarczyński and he is a new member of the European Parliament.

Dominic has developed his own fan base on YouTube.

Are you aware that Poland has their own Polish language Wikipedia?

I wasn’t, but I found it and below is a translation that may not be perfect.

Dominik Tarczyński (born on March 27, 1979 in Lublin [1] ) – Polish politician, Catholic activist and publicist, Member of the Sejm of the 8th and 9th term, deputy to the European Parliament of the 9th term.

A graduate of law at the Faculty of Law, Canon Law and Administration of the Catholic University of Lublin (2006) [1] .

From 2003 to 2008 he was an animator of the community in London ‘s Westminster cathedral , he also conducted a Christian radio program. He was a secular assistant to one of the British exorcists [2] . From January 23, 2009 to February 1, 2010, he was the director of TVP3 Kielce [3] , later employed as deputy director for operations at the TVP’s Information Technology and Telecommunications Center [4] .

He also dealt with journalistic activity in the pages of Gazeta Polska and the creation of documentary films devoted to, among others activities of exorcists [2] . He directed, among others documentary Colombia – testimony for the world [5] , with the participation of the then president of Colombia Álvaro Uribe [6] , awarded at the 16th International Catholic Film and Multimedia Festival in Niepokalanów [7] . He became the founder of the Charismatic Association of the Catholic Community [2] .

In 2010, he unsuccessfully ran for the Świętokrzyskie regional council from the Law and Justice list [8] . Then he organized the structures of the association Poland is Most Important in Kielce [9] , but after a few weeks he left [10] . In 2011, he co-founded Solidarity Poland [11] , from which he left at the beginning of April 2014 [12] . In the same year, on the recommendation of the Right of the Republic of Poland , he ran again for the PiS regional council [13] . In the parliamentary election in 2015he took part in the Seym as an independent candidate from the eleventh place on the Law and Justice list in the Kielce region . He was elected deputy of the eighth term, receiving 7475 votes [14] . After the election, he became a member of PiS [15] .

In October 2018, he lost the trial in the electoral procedure with Bogdan Wenta , who was applying for the presidency of Kielce ; the court ordered him to rectify and stop disseminating false information about the plaintiff’s alleged service in ZOMO and about “training his burning on the heads of Poles”, he also ordered an apology and payment of 20,000. PLN for the Great Orchestra of Christmas Charity [16] .

In the European Parliament elections in 2019, he was elected deputy of the 9th term. He was given an additional seat in the EP, granted to Poland as part of the allocation of some of the seats occupied by Great Britain to date. However, due to the delay in the Brexit procedure, the appointment of this mandate was suspended [17] .

In the same parliamentary election in the same year, he again obtained the mandate of a deputy to the Sejm, receiving 8186 votes [18] [19] . On February 1, 2020, after the Brexit came into effect, he assumed the mandate of Member of the European Parliament of the 9th term obtained in 2019 [20] .

There need to be more like Dominic Tarczyński in Europe, because Islam is steamrolling the continent.

We could use a few more like Tarczyński in America as well, because Islam won’t stop once it has conquered Europe.

I wonder if we could get Dominic to do a video on Rashida and Ilhan?