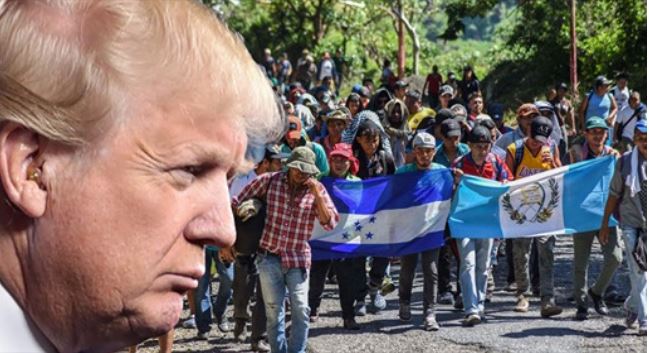 OPINION| One of the most contentious issues of our time centers around what America should do when it comes to immigration, and especially illegal immigration.

Many on the left want to see absolutely no barriers to entry for foreigners, no wall, no deportations and abolition of the Immigrations and Customs Enforcement (ICE).

Of course there are some on the left who see the need for the border to be secure, however those who are advocating for open borders are making much more noise, and getting much more attention from the media.

Conversely, on the right there are many people who want to see illegal immigration completely stopped. Many who are of this mind propose a physical barrier, in the form of a wall, as the best solution to accomplish this.

Others on the right are calling for a 100% moratorium on any and all immigration into America.

Personally, I would like to make a deal with the Democrats.

What I would propose goes as follows: We triple the number of legal immigrants that we allow into America each year, while stream lining the process. In exchange we eliminate all transfer payments from the federal government in the form of entitlements.

I think immigration is an important part of what makes America, America, however it is just not financially feasible to allow incredible numbers of people to ‘skip the line’ and enter the nation illegally, to then become a burden on the system … especially if we institute a government run healthcare system.

It seems that the Trump admin has a new way to disincentivize abuse of the immigration system.

‘Immigrants who hope to challenge their deportation orders could be charged nearly $1,000 to go to court under a proposed new regulation unveiled Thursday, a nearly tenfold increase that immigration lawyers warn could make deportation appeals much more difficult to pursue.

The new fee schedule is the latest in a series of moves by the Trump administration to speed up deportations and discourage the arrival of immigrants. Under the same proposal, the administration wants to require asylum-seekers to pay a $50 fee to have their cases heard in court; historically, the asylum process has been available to people fleeing persecution regardless of their ability to pay.

In proposing the new fees, the Executive Office for Immigration Review, an arm of the Justice Department, said asking immigrants to pay a greater share of costs would help make sure that court resources were available and would also assure “that U.S. taxpayers do not bear a disproportionate burden in funding the immigration system.”

Another agency, U.S. Citizenship and Immigration Services, has also proposed a sharp increase in fees for immigrants and visa applicants. Fees for permanent residence permits, known as green cards, would jump to $2,750 from $990, and the cost for naturalization of new citizens would increase to $1,170 from $445.’

Proponents suggest that the fees would discourage those who are looking to enter the nation illegally from doing so , while critics are worried the added fees would be unfair to those who are in danger in their home countries and have little resources.

What do you think? Is this a good idea?