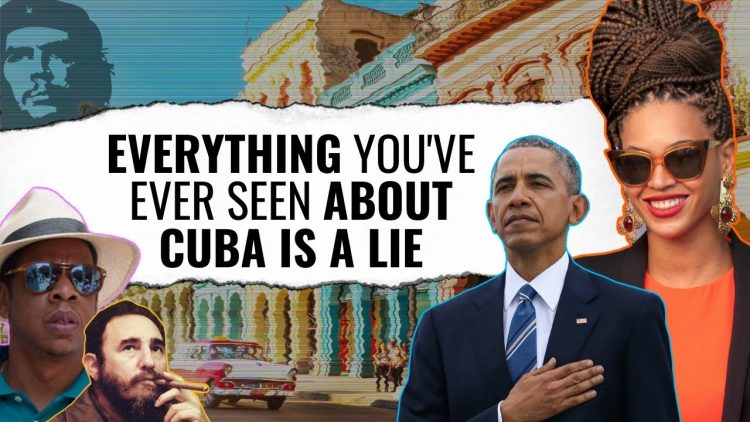 Friends, when you hear the mantra for Bernie Sanders, “Feel the Bern”, it might be a good idea to take it literally, instead of figuratively.  Why?  Bernie is espousing a mass of socialist/communist “measures” that he will work tirelessly to implement in the USA.  Even though the unconstitutional Democratic Party is attempting to move Bernie out of the limelight, it could be almost impossible.  And, despite the disagreement in ideology, these Democrats will support whatever Bernie desires.  Why?  There are two reasons:  Trump Derangement Syndrome and they hate America under the Constitution.  These anti-constitutionalists would rather see the US destroyed before following the law they have ignored for greater than half a century.

What would America look like under the Bern?  Since Bernie has plenty of praise for Cuba, four individuals from Turning Point USA decided to take a trip to Cuba to see the socialist/communist paradise Bernie loves so much.  Take note of their experience.

Right off the plane, they are detained for seven hours and have their property, a drone, confiscated.  Evidently, drones are not permitted in Cuba, even though most are considered “toys” or items for entertainment purposes to take pictures from the air while having fun flying what amounts to an unusual shaped airplane.

The food in public eateries looked almost inedible.  In fact, the cat terrorizer gets better food than what was seen the people of Cuba received in diners and food available in the grocery store.  And, no water!  No bottled water anywhere.  After seeing the condition of the infrastructure, who would want to drink anything from the tap?

When searching for “Cuba” then clicking on the images after the search completes, the guys from TPUSA were right about the images.  If you look at the cars in the photos, it’s painfully obvious these photos are from the 50s – before the Castro revolution and the implementation of socialism/communism.  Based on the photos alone, who wouldn’t want to visit Cuba?  The reality was quite a stark contrast to the photos from 70 years ago.

Crumbling buildings, lack of gasoline for cars, limited food products available in the grocery store, waiting to enter the store, people living in abject poverty in dilapidated buildings, formerly opulent homes occupied by people of means in utter ruin, and the militarized police aggressively banging on your hotel room door is enough to entice tourism.  That’s sarcasm, by the way.  Cuba is the last place that anyone should want to visit on vacation or otherwise.  Even the people of Cuba said, “Cuba sucks”.

There are no God-given individual unalienable rights of citizens in Cuba.  The people have the same rights as we here in the US;  however, the government punishes those who exercise those rights.  The result is an enslaved, demoralized, dehumanized people without hope.

The young men did not even get to complete their planned stay.  Somehow, the government did not like them being in Cuba, so these guys had to contact the US embassy to remain safe and hurriedly leave the island paradise Bernie loves so much.

Believe it or not, this is what life in the USA would be if the socialist/communist ideologues backing Bernie Sanders are able to put the Stalin wannabe in the White House.  While they may claim it would be different here because all other countries have implemented the socialist/communist ideological government wrong, they would be incorrect.  Between the instruction manual for this ideological government by Karl Marx, Lenin and Saul Alinsky, the outcome in every country that followed their instructions, misery followed for the average citizen.

It’s one thing to embrace an ideology when you haven’t experienced the tenets you propose to implement and are seeing it through “rose-colored glasses”.  It’s another thing to embrace an ideology you know is destructive and want to implement its tenets regardless.  The first action is plain ignorance.  The second action is hateful, cruel, and lacking any feeling for fellow countrymen or yourself.  That is the real Bernie and the bulk of his supporters.