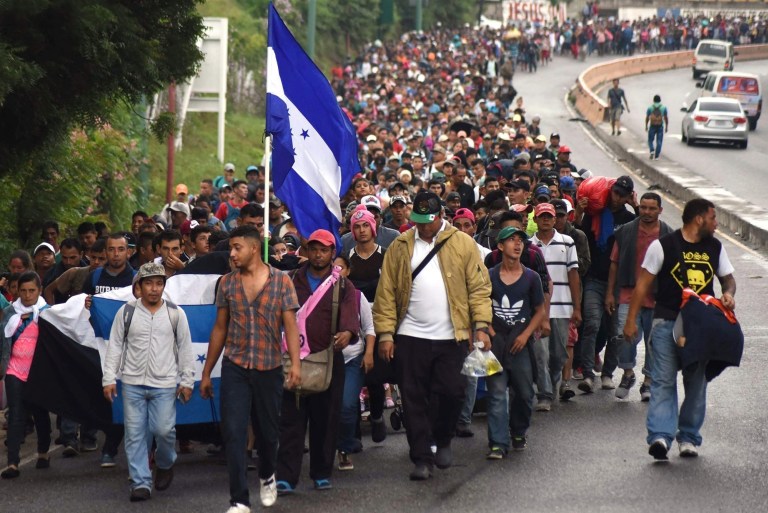 (TNS) As work continues on the border wall and agreements with Mexico and Central American nations on the handling and return of migrants take effect, the Trump administration is implementing another policy aimed at more quickly dispensing with bogus “asylum” cases.

As reported by The Wall Street Journal, the new policy is called Prompt Asylum Claim Review, or PACR, and it “streamlines the process of applying for asylum so that applicants receive a decision in a matter of days, rather than the months or years it typically takes for a case to work its way through the backlogged immigration-court system.”

The program was quietly launched in the El Paso, Texas, border sector in October but now Homeland Security is expanding it to other regions.

In testimony before a House committee on Wednesday, acting Homeland Security Secretary Chad Wolf said PACR permits asylum seekers to “have their day in court quickly, so we can know whether they have that right to be in the U.S. legally or not.”

But, of course, Left-wing ‘civil rights’ advocates and legal groups are crying foul:

But lawyers and advocates who have worked with clients in the program say the fast timeline and restrictions on communications with lawyers undercut due process and make it very difficult for them to win their cases.

“The program completely curtails any access to counsel—lawyers have been completely cut off from having meaningful access to their clients,” Leidy Perez-Davis, policy counsel at the American Immigration Lawyers Association, told the WSJ. “It’s basically a fast track to deportation.”

Probably, but that’s the point, no doubt.

After being inundated with tens of thousands of migrants who were essentially told by dishonest people, ‘Hey, all you have to do is stumble into the United States and you’re home free,” the Trump administration was left with little choice. The alternative was to return to the bad ol’ days of releasing illegal immigrants and ‘asylum seekers’ into the country’s interior, never to be heard from again.

No, thanks, said the president.

Besides, as the administration correctly notes, most asylum seekers are coming to the U.S. for economic reasons, which is not a qualifier under current asylum law. Only people legitimately fleeing violence and/or political persecution qualify.

The Trump presidency will ultimately be marked by a return to sane border policy that benefits the United States, as it should, and not serve as a conduit for other countries to offload their poverty.