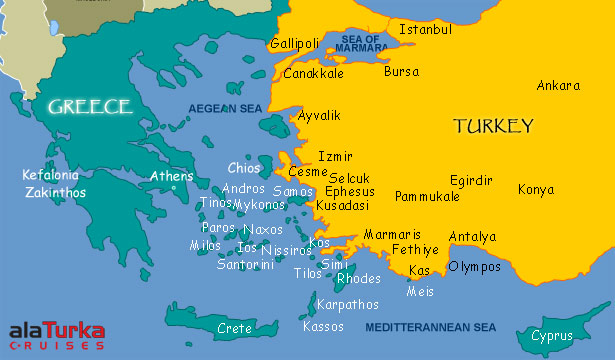 Almost 10,000 migrants tried to cross into Greece in just one 24 hour period.

They were turned back for now.

Whether the rest of Europe appreciates it or not, Greece is now seeking to defend them against further Muslim migrant invasion.

Turkey has opened the floodgates.

Prime Minister Mitsotakis announced the suspension in asylum applications on Twitter on Sunday evening, and said Greece had invoked an emergency clause of an EU treaty “to ensure full European support”.

“The borders of Greece are the external borders of Europe. We will protect them,” he wrote, adding that he would be visiting the Evros land border with Turkey with European Council President Charles Michel on Tuesday.

“Once more, do not attempt to enter Greece illegally – you will be turned back,” he warned.

The Greek government said almost 10,000 migrants were blocked from entering Greece in 24 hours.

Following the military escalation between the Russian-backed Syrian army and the Turkish regime, combined with announcements from Turkey that it would be making good on previous threats to flood Europe with migrants, Greece has completely sealed off its border with Turkey.

The seemingly drastic moves come after a veiled threat made by the spokesperson for Turkey’s ruling AKP party, Ömer Celik, who earlier had alluded to the fact that Turkey’s borders to Europe could be opened.

“Our refugee policy remains the same, but here we have a situation. We can no longer keep the refugees,” Celik said.

Although the Turkish government hasn’t made an official statement announcing that the border has been opened, a source told journalists from the news agency Reuters that all Turkish border guards, coastguards officer, and police had all been ordered to stand down, Voice of Europe reported.

Adding weight to that claim, Turkish journalist Ragip Solyu wrote on Twitter that the Turkish border would be open for the next 72 hours to any and all migrants who would like to make their way to continental Europe.

Finally more of Europe is taking a stand against the migrant invasion.

There are a few countries taking a stand but not enough.

Pray for Greece and all of Europe.

Europe may already be lost, but if it is not then Greece seems to be its last line of defense.

If this new invasion takes hold then it is hard to see Europe ever recovering.

It would take generations just to regain the cultural identity Europe has already lost.