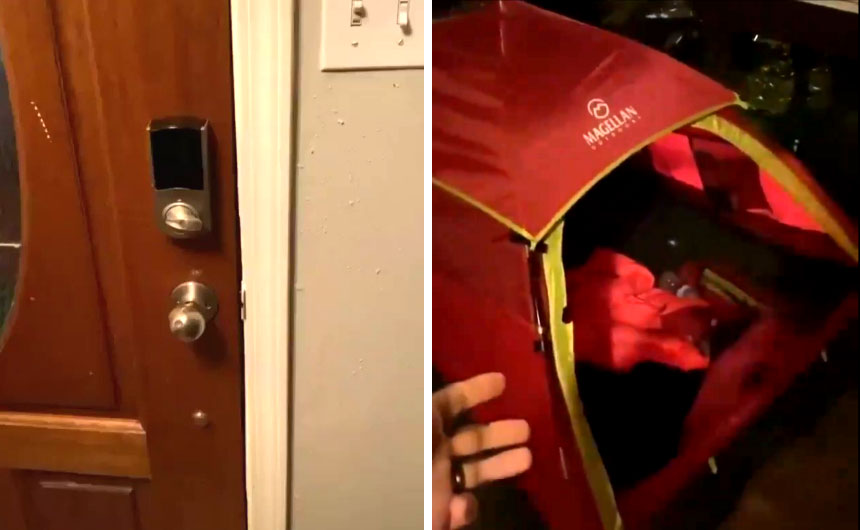 The homeless crisis in California is well documented.

What isn’t well know is that the homeless problem is bringing out a push against private property rights in places like California, Ohio and Oregon.

Look at the homeless epidemic in Los Angeles due to failed liberal policies, high taxes, and high crime.

Police are now demanding citizens allow homeless people to camp on their private property, threatening this man with arrest if he moves them. pic.twitter.com/2uBHBCZVuj

Let me show you the craziest thing you’ve ever seen, okay? We show up to my house in West Hollywood, okay? Look! This is a tent from two homeless guys. I came home the other day and I’m like, ‘hey guys, y’all gotta go.’ INSIDE MY F**KING GATE. They jumped my wall and they got their sh*t everywhere. I’m like ‘hey guys, you gotta go’ and I called the cops.

The cops get here and they say, ‘hey, if you touch their shit, we’re gonna take you to jail for f**cking up their property. And I’m like, ‘dude, it’s on my property.’ And they’re like, ‘doesn’t matter, don’t touch their shit.’

All f**king night, these motherf**kers are f**king all night, being loud as f**k, getting f**ked up having parties and sh*t. YOU F**KING LIBTARD F**KS!

Gateway Pundit reports that California, Ohio and Oregon are pushing to end the rights of private property owners to keep their property private.

None of those states will have any problem taxing owners for their private property.

If the owners are being told by the state that homeless people can camp on their land, how does that fit any logical definition of private property?

This is just more of the liberal push toward communism.

If Bernie somehow pulls the shocker in 2020 it could eventually be like this everywhere, or at least start moving in that direction.

Want to see this sort of stuff in your own neighborhood?

It has worked so well for California.