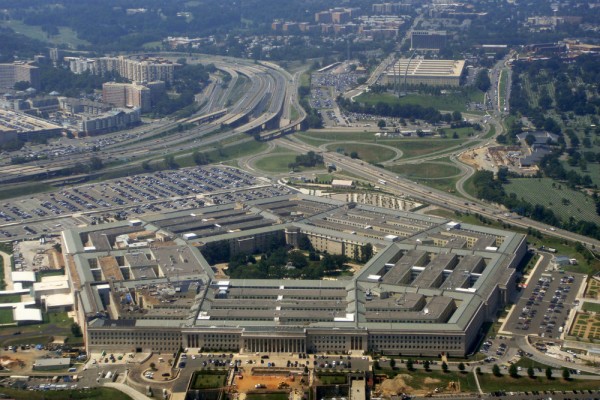 (Natural News) By now, you know that I was more than a month ahead of virtually all media — independent and mainstream — in warning about the coming coronavirus pandemic. When I first released projections of 10,000 deaths in America by May 10th, nearly everyone thought the idea was insane (probably including you). As it turns out, we are likely to have over 100,000 deaths by May 10th, according to what the White House is now saying.

This is worth mentioning because today we have a new warning about where things are headed. There have been three unmistakable signs that war is coming to the United States very soon. Those signs have all emerged in the past week, all with a sense of urgency that goes far beyond any concern about a pandemic:

Sign #1) President Trump activating one million military reservists with medical skills to treat battlefield injuries. Details of this order are found in the EO text at WhiteHouse.gov.

Sign #2) The Pentagon ordering high-level staffers into deep underground bunkers in Colorado. This was announced by NORAD and NORTHCOM in a Facebook town hall meeting. Obviously, you don’t order military staffers into a 2,000-foot deep bunker just because of a virus.

Sign #3) Secretary of State Pompeo just ordered all Americans living overseas to return to the US “immediately.” The cover story for this is that the coronavirus is collapsing international flights. But that alone would not justify all Americans returning from living overseas, since many Americans would just hunker down where they’re living. But Pompeo wants all Americans to return immediately, which is the kind of thing you do before a war breaks out (with China, most likely). Via The UK Independent:

Secretary of State Mike Pompeo urged Americans abroad who still wish to return to the United States to do so “immediately,” saying commercial and government-chartered flights could soon cease amid the coronavirus outbreak.

Donald Trump’s top diplomat urged any Americans abroad who want to get back to US soil to contact the American embassy in the country where they currently are to begin making plans “immediately” to get a flight back to the States.

That’s because Pompeo doesn’t want to end up negotiating for the release of American prisoners being held by the communist Chinese regime, obviously. Any American reading this who is still in China or Hong Kong should strongly consider bugging out. By the way, we were also told weeks ago from another source that China has already begun executing anti-communist leaders in Hong Kong, which now seems to be preparation for the global war that’s about to happen next.

These three events are unmistakable signs that high-level officials within the Pentagon and US State Department anticipate actions of war in the very near future. China is the most likely adversary, especially given that China probably released the Wuhan coronavirus in the first place, knowing that America would have a much more difficult time locking down cities compared to China itself, which we now believe may have lost millions of citizens despite its best efforts to contain the virus.

Notably, the Wuhan coronavirus, released by China, has managed to cripple the US Navy by infecting sailors on aircraft carriers and other vessels. This is not an accident. It’s part of the “softening up” phase to weaken America in advance of the attack.

The ideal time for a foreign enemy to attack the United States would be when our nation is in the throes of economic collapse and a pandemic medical emergency. According to estimates announced by the White House today, coronavirus-related deaths will peak in the USA on April 12th, but lockdowns will continue through the end of April, causing financial reverberations to echo across the nation for many months yet to come.

The White House currently expects up to 240,000 Americans to die from the coronavirus over the next several months. (Our own estimates top out at just 90,000 fatalities, by the way.)

Due to the coronavirus crunch, joblessness, homelessness and rising social unrest will sow chaos across the landscape of America for the remainder of the year (and well into 2021), and that doesn’t even count whatever political chaos might be added to the mix surrounding the coming November elections. Plus, there are food shortages that are starting to become very real, while a massive wave of price inflation for consumer goods will appear soon thanks to the trillions of dollars in bailout money that Trump and the Fed just threw at the economy.

With one-third of the US Congress now run by communist China — and most of the left-wing media making excuses for China and trying to shift the coronavirus blame to Trump — it’s clear that China’s longstanding desire to infiltrate and destroy the United States of America has reached a tipping point. They will likely pull the trigger soon, which could mean economic warfare (selling all US debt and announcing a new gold-backed world reserve currency), kinetic warfare (an actual land invasion of Chinese troops hitting the beaches in California), nuclear warfare (or an EMP weapon detonated above North America), or even new waves of biological warfare (SARS-cov-3, SARS-cov-4, etc.). And don’t forget cyber warfare, a favorite of the tech-savvy communist regime.

We don’t know exactly what’s coming, but we know the leadership in America believes something big is about to happen. Otherwise, none of the actions listed above would have been taken.

Ramp up your preparedness to a whole new level, if you can

Prepare for all the following, just in case one or more happen:

We cannot be certain that any of these will happen, and we hope none of them do. But there are giant red flashing warning signs just screaming out that something big is about to go down. The only two scenarios that make sense are a WAR with a foreign enemy or possibly the initiation of a domestic civil war (or perhaps both).

If you thought encountering a purchase limit on toilet paper was the worst problem you might encounter this year, think again. JR Nyquist explains why China is just itching to destroy the United States and has long been planning to use a biological weapon to soften up America in advance of the military attack wave: