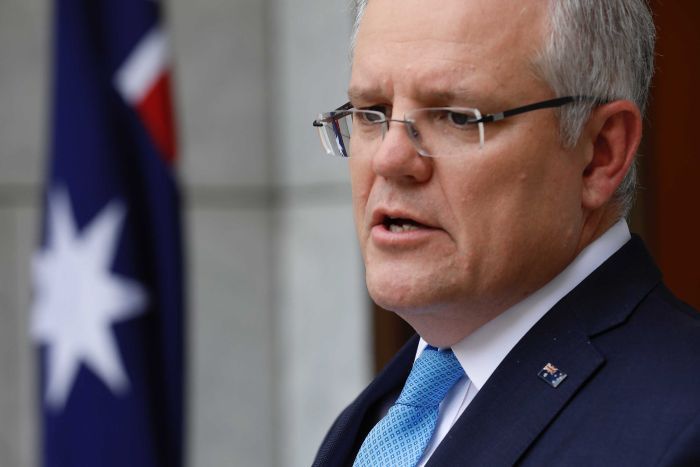 We have some of the same psychopaths and tyrants continuing to parade their cocktails as saviors of mankind.  While in the UK, Tony Blair and Gordon Brown call on a one world government to save us from coronavirus, Australian Prime Minister Scott Morrison is telling the people he represents that he is not going to let their lives go back to normal until there is a vaccine for coronavirus.

Morrison warned the people of his country that it will be “at least six months” before things return to normal.

Prime Minister Scott Morrison has reiterated that life as we know it will not return for months as global leaders race to find a coronavirus vaccine.

He said he had been “very upfront” with all Australians “to say you’re looking at least six months for this, and that’s why we have to adapt”.

That’s right, he’s ready to continue to impose tyranny upon his people until a magic vaccine arrives, but then what?  Will people be forced to take a vaccine before they can return to “normal”?

Morrison told The Latest that while many states have managed to “push the curve down”, ultimately, “there needs to be a vaccine”.

“And there are some promising signs in a number of these, and we’ll continue to work with other countries along those lines.”

“A vaccine ultimately enables everybody to go back to life as it was,” he said.

Well, now, again it “enables everybody to go back to life as it was”?  Really?

Or just those that take the vaccine?  And maybe even get their invisible tattoo to show they have a vaccine and “are not a threat to society”?

Haven’t heard about that?

Because it’s becoming difficult for the ruling class and Big Pharma to keep track of people who have been vaccinated and those who have not, a suggestion to use “tattoos” has surfaced. A new technology created by researchers at the Massachusetts Institute of Technology can now help authoritarians track the unvaccinated.

According to Futurism, this means that they have found a covert way to embed the record of a vaccination directly in a patient’s skin rather than documenting it electronically or on paper. This tracking seems to be a lower-risk tracking system than vaccines themselves at least, and it could greatly simplify the process of maintaining accurate vaccine records, especially on a larger scale.

“In areas where paper vaccination cards are often lost or do not exist at all, and electronic databases are unheard of, this technology could enable the rapid and anonymous detection of patient vaccination history to ensure that every child is vaccinated,” researcher Kevin McHugh said in a statement.

If that’s what it’s used for, it will eventually also be used to force vaccines on those who wish to not receive them. There’s an obvious agenda here too when you follow the money: the Bill and Melinda Gates Foundation funded the team’s research.

This new research, which was published in the journal Science Translational Medicine on Wednesday, came about after following a direct demand from Microsoft founder Bill Gates himself, who has been personally involved in efforts to eradicate polio and measles through vaccinations, according to Scientific American.

The invisible “tattoo” accompanying the vaccine is a pattern made up of minuscule quantum dots — tiny semiconducting crystals that reflect light — that glows under infrared light. The pattern — and vaccine — gets delivered into the skin using hi-tech dissolvable microneedles made of a mixture of polymers and sugar. –Futurism

Researchers have already tested this new tattoo on rats and human cadavers. “It’s possible someday that this ‘invisible’ approach could create new possibilities for data storage, biosensing, and vaccine applications that could improve how medical care is provided, particularly in the developing world,” MIT professor and senior author Robert Langer said in the statement.

Here in the US, people like Dr. Ben Carson have supported mandatory vaccines, and so has President Trump

American Legislative Exchange Council (ALEC) has promoted mandatory vaccines and we are daily being conditioned to accept vaccines in the media.

Just remember the previous lies and hoaxes that have been perpetrated on the people of the united States before.

Consider there are informed people who reject vaccines and especially mandatory ones and have taken a stand to let the public know.

Finally, consider this beast system, whether in Australia, the UK, China or the US have endorsed the murder of the unborn.  In America, that number has topped 60 million.  Do you honestly think they care about your health and safety?  Think and then consider that vaccines have been the very things that cause problems and have been a part of pagan rituals for centuries.