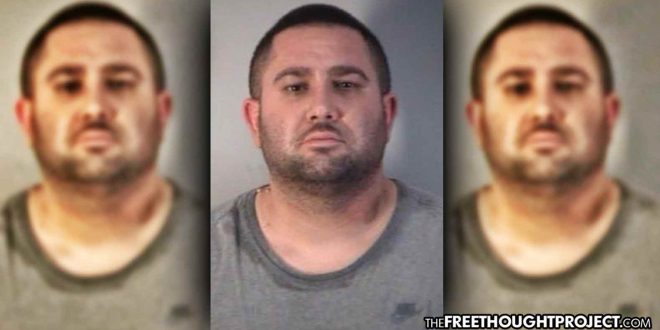 Minneola, FL — The Lake County Sheriff’s Office in Minneola, Florida has arrested one of their own deputies this week after he was busted recruiting multiple girls to make pornographic videos for money. Deputy Jose Rodriguez is accused of recruiting several underage girls for these disturbing acts while he was on duty.

According to the Lake County Sheriff’s Office, they launched an investigation into Rodriguez after the Clermont Police Department received allegations that he had inappropriate conduct with underage girls. The Clermont police department forwarded the allegations to the sheriff’s office who began the investigation.

According to FOX 35, detectives reportedly learned that Rodriguez met with several teenage girls while on duty as a patrol deputy in the Minneola area.

Upon meeting the girls, detectives said that Rodriguez would recruit them to work with him at his secondary, off-duty job as a compliance inspector for ISN Corporation. This business contracts with the U.S.  Food and Drug Administration to verify various businesses’ compliance with state tobacco laws. The girls were reportedly used to make undercover purchases of tobacco products at Central Florida businesses.

Detectives said that three of the females who met Rodriguez while on-duty were offered an opportunity to make pornographic videos for money. These activities took place between 2016 and 2019. The females were between 16 and 17-years-old at the time.

When investigators confronted the alleged child porn-producing cop, he admitted to using his position as a deputy to recruit the girls to purchase tobacco for his job at the ISN Corporation. However, he pleaded the 5th after that and said no more.

On Tuesday, officers confronted Rodriguez at his home where he was arrested and charged with three counts of Solicitation to Commit Sexual Performance by a Child.

He has since been suspended and it is reported that termination proceedings are underway.

In 2018, Louisiana State Police Trooper of 18 years, Jason Boyet received one of the department’s highest honors—Trooper of the Year. Fast forward two years, and this hero cop is sitting in a jail cell after being arrested on charges of production and distribution of child pornography.

After Trooper Boyet was arrested in February, he was booked into the Tangipahoa Parish Jail then transferred into protective custody at another facility—likely due to his police officer status. He was then put on administrative leave, not fired.

Before Boyet, a former Army veteran and police officer was convicted on multiple counts for being a distributor and possessing over 4,000 images of the most disturbing child pornography that included infants. Matthew Laver, 38, of Souderton, PA was violating the laws he was sworn to uphold while taking a paycheck as a law enforcement officer.