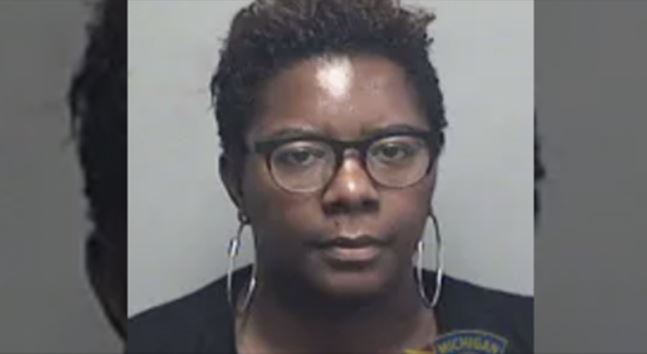 OPINION From Mark Sidney at We Are Biased OPINION Blog

Opinion| The left is always so quick to tell us that there is no such thing as voter fraud, the real problem is voter suppression. However, I beg to differ, and here is a great example.

When Pelosi and her gang of Democrats try to push a scheme of vote by mail, and act as if ‘what could possibly go wrong … I would point them to stories like this one out of Detroit:

Michigan Attorney General Dana Nessel and Secretary of State Jocelyn Benson made a joint announcement of the charges in Detroit, calling it a “rare” case.

“Voting is fundamental to the very essence of our democracy,” Nessel said during a Monday news conference. “It is incumbent upon state governments to safeguard the electoral process and ensure that every voter’s right to cast a ballot is protected.”

Allegations that Hawkins altered 193 absentee voter records came to light during the 14-day canvass following the election. Benson said the Oakland County Clerk’s Office reported with the Bureau of Elections “the potential for these irregularities and from there we began our investigation.”

Hawkins’ alleged actions, did not alter the outcome of any election, Benson stressed, and “there were no voters that were disenfranchised.”

“All valid votes in the election were ultimately counted and the final official vote total was accurate,” Benson said.

Hawkins, a Democrat who just a few months ago was honored by the state party with the Dingell/Levin Award at its Legacy Dinner in Detroit, could not be reached Monday at her office for comment or a number listed in public records. Her attorney also could not be reached.

The potential misconduct was referred to Michigan State Police for an investigation. Benson on Monday released few details, citing the ongoing criminal case.

After taking office in January, Benson and Nessel, both Democrats, wanted to make sure the state’s elections were protected from “every conceivable threat,” Nessel said.

“Every citizen must know that when they enter the ballot box, the vote that they cast will be counted and that the collective will of the voters will be carried out,” Nessel said.

Hawkins,38, was arraigned Monday in 46th District Court in Southfield on the charges, which include election law-falsifying returns or records, forgery of a public record, misconduct in office and multiple counts of using a computer to commit a crime.

Forgery of a public record is a 14-year offense, Nessel said.

When an absentee ballot arrives into a clerk’s office, it is logged into the Qualified Voter File. The clerk then checks to make sure the file entries are valid.

Rozell, after questioning Hawkins about her ballot sheets, said it appeared “that the ballot return dates for voters were added or removed from the report in order to force the reports to balance to the number of ballots tabulated for each precinct on Election Night.”

Another day, another story of someone jacking with ballots. Read more at the Detroit News.