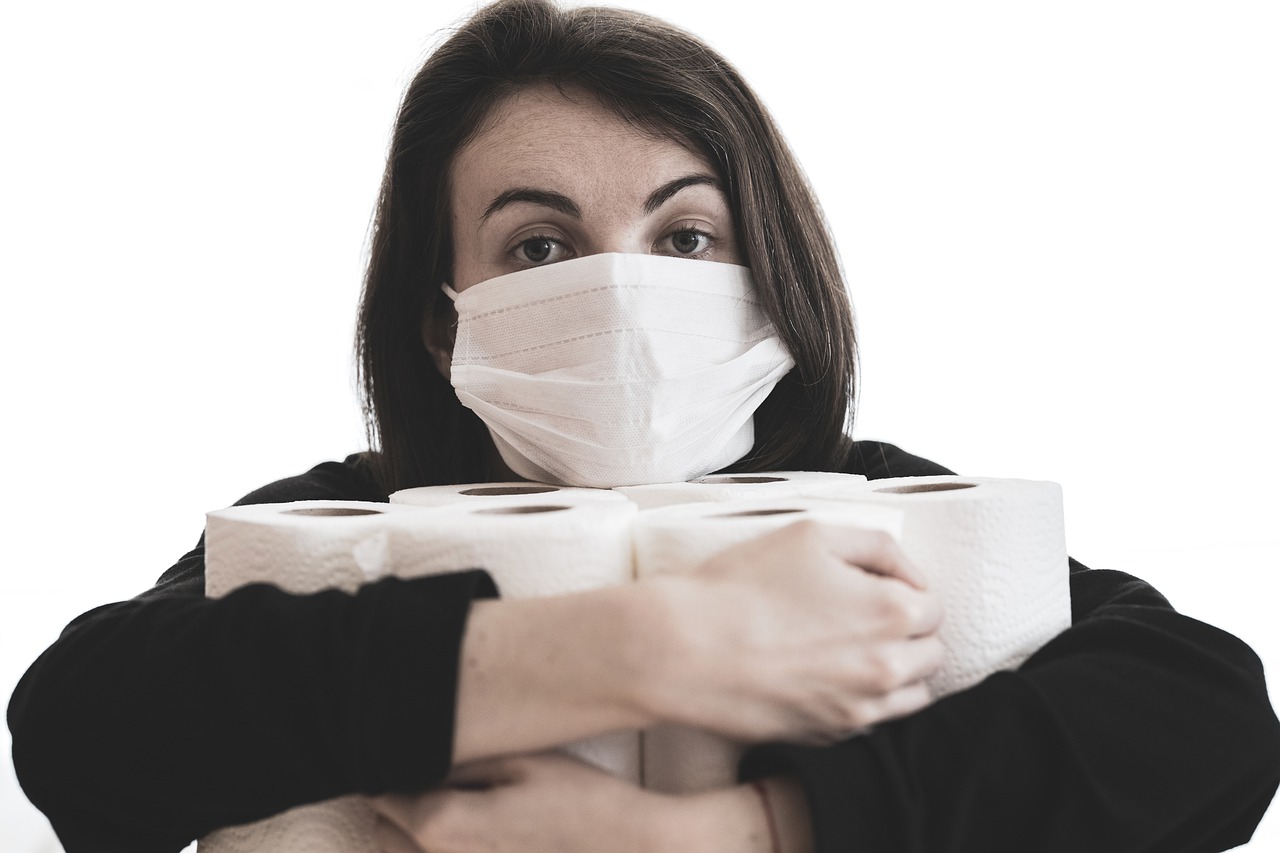 If you thought that this pandemic would pass quickly and that life in America would soon return to “normal”, I am afraid that you are in for quite a shock.  Some of the restrictions currently in place will eventually be lifted, and efforts will be made to get people back to work, but life is still going to be radically different from what we had become accustomed to before COVID-19 started sweeping across the globe.  Authorities are telling us that there may be “rolling shutdowns” for up to 18 months, that social distancing guidelines will be necessary for a long time to come, and that this crisis will not ultimately be resolved until they can inject everyone with a vaccine.  If all of this greatly alarms you, please be assured that you are not alone.

In recent days there has been a tremendous amount of debate about when to “reopen the U.S. economy”, and organizations all along the political spectrum have drafted plans for how to do that.

Ezra Klein actually read quite a few of those plans, and he discovered that none of them would return our lives to normal “for the foreseeable future”…

Over the past few days, I’ve been reading the major plans for what comes after social distancing. You can read them, too. There’s one from the right-leaning American Enterprise Institute, the left-leaning Center for American Progress, Harvard University’s Safra Center for Ethics, and Nobel Prize-winning economist Paul Romer.

I thought, perhaps naively, that reading them would be a comfort — at least then I’d be able to imagine the path back to normal. But it wasn’t. In different ways, all these plans say the same thing: Even if you can imagine the herculean political, social, and economic changes necessary to manage our way through this crisis effectively, there is no normal for the foreseeable future. Until there’s a vaccine, the United States either needs economically ruinous levels of social distancing, a digital surveillance state of shocking size and scope, or a mass testing apparatus of even more shocking size and intrusiveness.

Over and over again, a “vaccine” is being touted as the golden ticket that will get us out of this mess.

The head of the Federal Reserve Bank of Minneapolis, Neel Kashkari, is another prominent voice that is warning that there won’t be a return to normalcy until a vaccine comes along.  And until that time comes, he believes that we are potentially facing “an 18-month strategy of rolling shutdowns”…

Kashkari, while acknowledging the downside of what a prolonged shutdown could mean for the economy, said the U.S., “barring some health-care miracle,” is looking at an 18-month strategy of rolling shutdowns based on what has happened in other countries.

“We could have these waves of flare-ups, controls, flare-ups and controls, until we actually get a therapy or a vaccine,” he said. “We need to find ways of getting the people who are healthy, who are at lower risk, back to work and then providing the assistance to those who are most at risk, who are going to need to be quarantined or isolated for the foreseeable future.”

In other words, Kashkari believes that all or part of the nation will be shut down over and over again whenever the number of coronavirus cases starts to spike too high.

Of course the WHO is eagerly looking forward to global vaccination as well, and the head of the WHO just told the media that he believes that this virus is ten times deadlier than the swine flu pandemic of 2009…

Coronavirus is ten times deadlier than the 2009 swine flu pandemic and a vaccine will be needed to halt it, the World Health Organisation has said.

WHO chief Tedros Adhanom Ghebreyesus told a virtual briefing from Geneva the organisation was constantly learning about the bug sweeping the globe.

Over and over again, officials are telling us that we are facing an 18 month timeframe until a vaccine will be ready.  Just check out what New York Governor Andrew Cuomo said during his press conference earlier today…

On Monday, governor Cuomo was joined on a conference call by the other Northeast governors. The recovery must be careful, incremental and guided by experts rather than politics, Cuomo said, and the pandemic won’t be truly “over” until a vaccine is available, which could take as long as 18 months. Ideally, a plan would also involve widespread testing, he said, to allow those without the virus – and those who have recovered and may now be resistant to it – to return to work first.

By the time 18 months goes by, most of the general population will be so desperate to feel safe from this virus that they will race out to get the vaccine as fast as they possibly can.

And until then, we can expect economic conditions to steadily deteriorate.

Yes, hopefully most businesses in the country will be allowed to reopen in a matter of weeks, but that doesn’t mean that the customers will come back.

Prior to this pandemic, we were already witnessing the worst “retail apocalypse” in U.S. history, and now one research firm is warning that an all-time record 15,000 stores could be permanently shuttered in 2020…

‘Retail has hung a closed sign on the door literally and metaphorically,’ Neil Saunders, managing director of GlobalData Retail, said.

Pretty soon, our communities are going to be absolutely littered with abandoned buildings, and “space available” signs will start popping up everywhere.

Meanwhile, millions upon millions of U.S. consumers will be falling on very hard times.  We are in the midst of the greatest spike in unemployment in all of American history, and the number of people taking advantage of the federal government’s mortgage forbearance program has gone through the roof…

With unemployment claims hitting nearly 17 million over the last three weeks, the number of Americans applying for the government’s mortgage forbearance program under the COVID-19 relief plan spiked 73% for the week ending April 5 vs. the previous week – jumping from 2.73% to 3.74%, according to new data from the Mortgage Bankers Association.

For context, the total number of loans in forbearance was just 0.25% for the week of March 2 – an increase of 1,496% in just six weeks, with the number of borrowers in forbearance now topping 2 million according to CNBC.

Realizing that we are on the verge of another massive wave of mortgage defaults, mortgage lenders all over the nation are rapidly tightening standards.  JPMorgan is just one example…

Over the weekend our skepticism was confirmed when Reuters reported that JPMorgan, the country’s largest lender by assets and which will kick off earnings season tomorrow, will raise borrowing standards this week for most new home loans as the bank “moves to mitigate lending risk stemming from the novel coronavirus disruption.”

Starting Tuesday, customers applying for a new mortgage will need a credit score of at least 700, and will be required to make a down payment equal to 20% of the home’s value (something which we thought was the norm after the last financial crisis, but apparently lending conditions had eased quite a bit in the past decade).

For a very long time I have been warning that the flow of credit would get really tight when the next crisis hit.

Now we are here, and Americans are going to have a much harder time getting loans to buy homes, vehicles or anything else.

Everything that I have been warning about in my books is beginning to transpire, and a tremendous amount of pain is ahead.

My hope is that all of the pain that is ahead will cause a mass awakening and America will turn in a more positive direction.

But to most people, the immediate future looks really bleak right now, and that is not going to change any time soon.