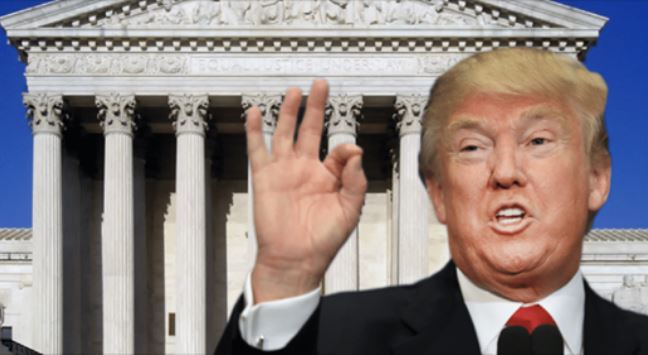 Donald J. Trump for President, Inc. today filed a lawsuit against WJFW-NBC of Rhinelander, WI for defamation in the wake of an advertisement carried by the station that contained intentionally false and defamatory statements about President Trump.

The ad produced by Priorities USA, a super PAC supporting Joe Biden’s candidacy, and broadcast by WJFW-NBC, used digitally manipulated clips of President Trump’s voice to fabricate unsubstantiated meaning in the President’s words.  The suit, filed in Price County, WI circuit court, followed a cease-and-desist letter and supporting documentation sent on March 25, 2020. In spite of the letter and documentation, WJFW-NBC continued to run the defamatory ad.

“It is disappointing that WJFW-NBC would knowingly continue to broadcast this blatantly false ad and perpetrate falsehoods on the American people, even after the Trump campaign provided proof in good faith of the ad’s falsity,” said Jenna Ellis, Senior Legal Adviser to Donald J. Trump for President, Inc.

“We fully expected the station would recognize their error and immediately cease under their FCC obligations.  The Trump campaign is now left with no other option than to use the force of law to ensure these false and defamatory ads cease.  Defamation law helps ensure that news outlets are accountable to viewers, who should be able trust the accuracy and truth of content aired to the public.”

The Priorities USA ad took different audio clips from President Trump and spliced them together, deceptively manipulating them into an entirely new sentence and adding misleading subtitles to create a statement the President never uttered: “The coronavirus, this is their new hoax.” As is clear from his full remarks, President Trump was referring to the Democrats’ politicization of the coronavirus crisis and likening it to their reaction to the Mueller Russia hoax and the sham impeachment.  He has never said that the virus itself was a hoax.

Numerous popular fact checkers and news reporters have declared the mischaracterization of the President’s remarks to be false:

Slate’s Will Saletan: “He was saying the hoax is that he’s handled it badly. Not the virus itself.”

CBS 60 Minutes’ Scott Pelley: “He said the—the Democrats making so much of it is a Democratic hoax, not that the virus was a hoax.”

Snopes: “Trump did not call the coronavirus itself a hoax.”

The Washington Post: “The full quote shows Trump is criticizing Democratic talking points and the media’s coverage of his administration’s response to coronavirus. He never says that the virus itself is a hoax[.]” (Highest falsehood rating of Four Pinocchios.)

PolitiFact: “The video makes it seem like Trump is calling the disease itself a hoax, which he hasn’t done.”

H/T Mark Sidney at We Are Biased OPINION Blog