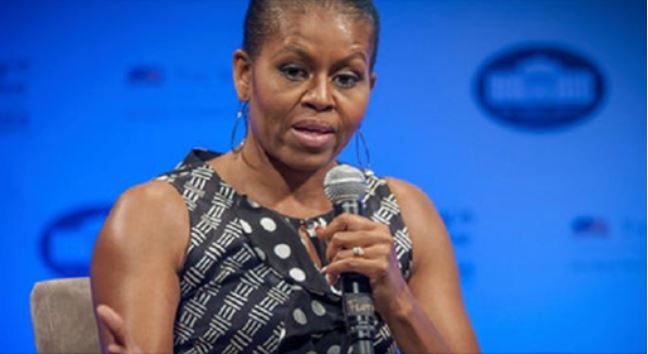 Opinion| There has been a lot of speculation that, none other than America’s self described, ‘forever First Lady‘, Michelle Obama, was going to come running into the dumpster fire that is the Democrat race for the Presidential nomination and save the day.

Now that the Democratic National Committee and their pawns have coalesced around, what looks to me to be, a senile old white guy who goes by the name of Joe Biden, in order to make sure a ‘real’ socialist does not get the nomination, the dust is beginning to settle.

I can only assume that the real power players in the DNC, the ones who are calling the shots and have their hands firmly up the rear ends of the decision makers, understand what the simple folk like you and I understand: Joe Biden hasn’t a snowball’s chance in hell against President Trump.

Hell, even Biden’s supporters are not thrilled about the prospect of the former Vice President being the great white hope of the TDS crowd:

Even after Biden had his ‘miraculous’ and organic (lol) come from behind win on Super Tuesday, Biden could not keep his foot out of his mouth, confusing his wife for his … sister:

Joe Biden has a good #SuperTuesday and what does he do? He confused his sister Valerie for his wife Jill. A bunch of Democrats all dropped out of the race to unite around a guy who doesn’t know where he is, what he’s running for or generally what the hell is going on. 😂😂 pic.twitter.com/k2EllkgeE1

Now, enter the potential candidate who checks all the boxes: Female, plenty of melanin in her skin, cult following, married to the cult of personality known as Barack Hussein Obama.

In a Democrat universe where experience means nothing and identity politics is everything, Michelle seems like the perfect person to either come in and take the nomination in a brokered convention, or to ‘street cred up’ a ticket featuring a senile, kid touching, old white guy.

The Gateway Pundit is reporting:

‘The former First Lady is holding a voter advocacy rally for “When We All Vote” in Detroit late this month.
The rally was announced earlier today.

There are no coincidences.’

The article then went on to quote the SFGate:

When We All Vote announced Wednesday that Obama is scheduled to headline the free, ticketed event at University of Detroit Mercy. It’s open to the organization’s volunteers and partners, as well as educators, college students and high school students who are eligible to vote.

Obama and others launched When We All Vote in 2018 to boost voting.’

Of course this does not mean that Michelle is planning on entering the race, but the timing sure is curious. There are thousands of reason the former First Lady would be coming back onto the political playing field, but the one that stands out to me is the potential to come riding in on a Gulfstream private jet to rally the base and jump on the Dems’ 2020 ticket.

I guess we will have to wait and see what happens, but I do not think this is such a long shot, do you?