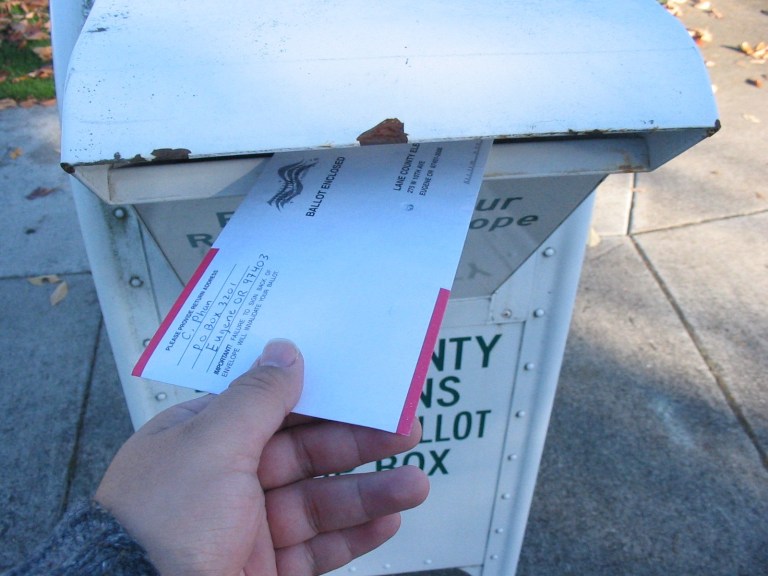 (TNS) If you want to know why conservatives, constitutionalists, and anyone else concerned about the future of our democratic republic opposes nationwide mail-in balloting, all you need to do is look at how the government is distributing coronavirus relief funds.

As MarketWatch reports, many millions and billions are going to dead people:

Many Americans are eagerly anticipating stimulus checks of up to $1,200 starting this week, but in a few cases the recipients won’t be celebrating — because they’re dead.

The IRS began distributing $290 billion in direct cash payments within the past week as part of a $2 trillion CARES Act stimulus bill, and anecdotes are already surfacing about the IRS issuing money to the deceased.

Rep. Thomas Massie, a Republican from Kentucky, said Wednesday a friend texted him to say his father, dead since 2018, had just received his $1,200 in stimulus money.

Ok this is insane, but just the tip of the iceberg. This is a direct text to me from a friend. I called to confirm this actually just happened. pic.twitter.com/GBRPcmYMXW

Massie, you may recall, received bipartisan scorn last month for daring to suggest that lawmakers actually return to Washington, D.C., to cast ballots for this gargantuan payout. How dare he suggest such a thing; doesn’t he know there’s a virus about?

Speaking of balloting, Democrats are trying to push through a California-style ‘ballot harvesting’ measure in the next monster coronavirus relief bill and for good reason: They understand that there is so much inefficiency at the federal level when engaging in “one size fits all” type of legislation that they’ll be able to steal elections in perpetuity.

According to a report from the Public Interest Legal Foundation, one-in-five mail-in ballots over the past decade never reached their intended voter, thus making them ripe for theft. For anyone who’s counting, that is roughly 28 million ballots, or more than enough to affect the outcome of elections:

“Putting the election in the hands of the United States Postal Service would be a catastrophe. Over the recent decade, there were 28 million missing and misdirected ballots,” PILF President and General Counsel J. Christian Adams said.

“These represent 28 million opportunities for someone to cheat. Absentee ballot fraud is the most common; the most expensive to investigate; and can never be reversed after an election. The status quo was already bad for mail balloting. The proposed emergency fix is worse,” he added.

The group reported its methodology:

The EAC defines “unknown” ballots as those that “were not returned by voter, spoiled, returned as undeliverable, or otherwise unable to be tracked by your office.”

California’s Democrat super-majority passed a voting scheme that utilizes mail-in balloting and allows just about anyone to pick up the ballots and ‘deliver them’ to polling centers, where they are counted by…Democrats.

The scheme allowed the party to pick up several traditionally Republican seats during the 2018 midterms in a state that doesn’t have many GOP seats left to begin with. But apparently, even one Republican seat there is too many.

This kind of fraud would be repeated ad infinitum across the country, and we know this because currently, Judicial Watch is suing just about every jurisdiction it has time to sue under provisions of the National Voting Rights Act of 1993 for failing to keep their voter registration rolls up to date.

The legal organization has discovered millions of incomplete or outdated voter registration rolls across several states that amount to millions of ‘potential’ voters who would be sent ballots under a national mail-in balloting scheme.

This is work the Justice Department ought to be doing, but it’s busy right now trying to piece together enough evidence to nail the perps responsible for Spygate. So thank Judicial Watch for its efforts.

Meantime, make sure to keep an eye on the progression of the latest ‘coronavirus bailout’ bill; Democrats are sure to continue pushing their national voter theft initiative.