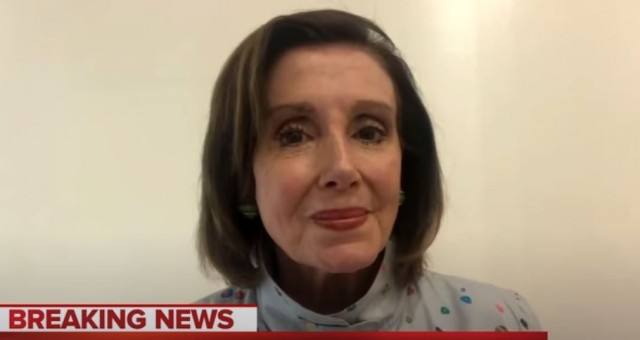 Friday on MSNBC, House Speaker Nancy Pelosi (D-CA) accused President Donald Trump of not accepting the facts about the seriousness of the coronavirus pandemic, which cost lives and the economy, Breitbart reports.

On February 28, at a campaign rally in South Carolina, President Donald Trump compared the Democrats’ criticism of his administration’s response to the coronavirus pandemic to impeachment by saying, “this is their new hoax.”

The Democrats have not wasted any opportunities to attack and slander our President over the pandemic and their agendas to take federal money to blow up their bank accounts.  Pelosi hsa been on the most notorious at bleeding the economy stimulus bills for her own greed and she is blasting Trump for doing what she is actually doing.

“I won’t take the bait. This is another example of the distraction that they want to make from the fact that the president had said that this pandemic was a hoax, and that’s not true. That the president said, it will magically disappear. That’s not true. Again and again, he was in denial and delay in dealing with this. This is just a distraction. Don’t fall for that. Don’t take the bait.

Let’s right now talk about the pandemic because that’s a matter of life and death. We’re in the situation that we’re in because early into this, the president refused to accept the facts.”

How quickly Pelosi and her ilk have forgotten how they were the ones demanding nothing to be shut down and how they were against stay at home orders.  It does not matter what and how the POTUS does and continues to do, they will always attack and slander, lie and use media propaganda to their own agendas.