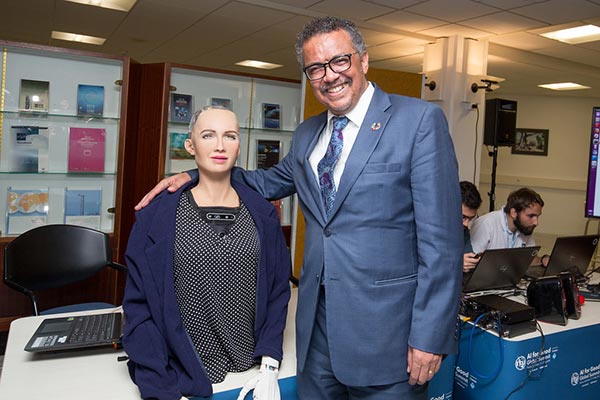 (Natural News) For months after the outbreak of the Wuhan coronavirus (COVID-19), World Health Organization Director Tedros Adhanom Ghebreyesus has consistently defended the virus’ country of origin — China and its Communist leaders.

Not only has Tedros sought to deflect criticism of the regime, but he has also praised Beijing’s response to the spread of the virus which, by the way, included brutal repression and silencing of Chinese doctors and scientists who tried to warn the world about the deadly COVID menace.

Now it becomes clearer as to why Tedros went out of his way to protect the ChiComs: He is of like mind.

As reported by Paul Joseph Watson at Summit.news:

The Director-General of the World Health Organization is a former member of a violent revolutionary communist party in Ethiopia that denied emergency medical treatment to an ethnic group and he is accused of personally overseeing the extradition of dissidents who were later imprisoned and tortured.

According to John Martin, who recently published a column headlined, “The Crimes of Tedros Adhanom,” while he was in Ethiopia, the WHO boss was a member of Tigray People’s Liberation Front (TPLF), a violent commie revolutionary political movement that was recognized as a terrorist organization by the United States during the 1990s.

One Ethiopian newspaper reported that Tedros was once listed as the third-highest ranking member of the movement’s governing politburo.

Martin described how the organization engaged in “systematic discrimination and human rights abuses” including the denial of emergency medical care to the Amhara ethnic group because they were affiliated with an opposition party.

The Ministry of Health that oversaw such abuses was, at the time, led by Tedros.

The report also noted that birth rates plunged and remained far lower in the Amhara region compared to other parts of the country and that 2 million Amhara people “disappeared” from the country’s census.

‘Adhanom was personally responsible for negotiating the extradition of these dissidents’

Recently, during his Fox News program, Tucker Carlson noted that Tedros “got his job with Chinese support after he covered up cholera outbreaks in his home country” of Egypt.

Naturally, Tedros has denied the allegations, which stemmed from claims he downplayed epidemics of cholera in Ethiopia in 2006, 2009, and 2011 by describing them instead as “acute watery diarrhea,” which, of course, is a symptom of cholera.

“International organizations were pressured not to call it cholera (despite the UN testing the infected and finding Cholera), and were pressured by government employees not to reveal the number of infected. Another stunning victory for the health minister,” Martin wrote.

And when Tedros was appointed foreign minister of Ethiopia in 2012, suddenly political opponents and journalists around the country were subjected to brutal treatment by the government, leading many to flee to nearby Yemen.

“Adhanom was personally responsible for negotiating the extradition of these dissidents back to Ethiopia, some of whom were subsequently imprisoned and tortured,” Watson wrote, citing Martin’s information.

But there’s more, as Watson writes:

In 2016, the Ethiopian government attempted to force relocate 15000 people in the Oromia region because it wanted to requisition their land. This led to mass protests followed by mass shootings and a stampede that killed 500 people according to Human Rights Watch. The government then embarked on another brutal crackdown, arresting 70,000 people.

Tedros tried to downplay the violence by falsely claiming, in part, that police were not armed and that the death toll wasn’t as high as what was reported.

“Tedros of course takes every chance he can to praise the good governance of China, and given the human rights record of the People’s Republic, it’s no wonder he likes them so much,” writes Martin, adding that in many ways Ethiopia’s government resembles the type of authoritarianism practiced by the ChiComs — “complete with a one party state and focus on profit over human rights.”