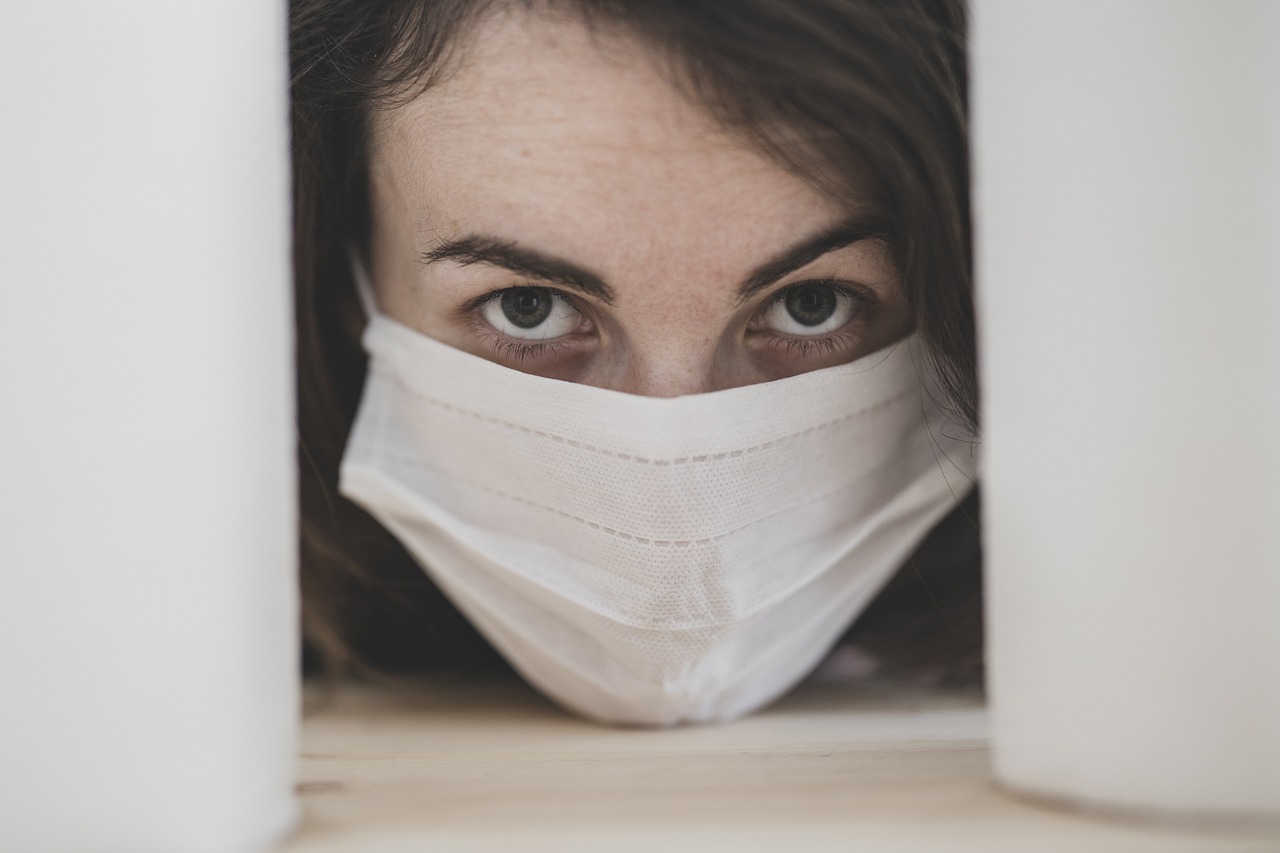 Based on how Americans are handling the coronavirus lockdowns, it is hard to be optimistic about what will happen when a really severe crisis hits us.  Yes, this pandemic is definitely a great tragedy.  There are more than 700,000 confirmed cases in the U.S. and more than 40,000 Americans have died.  But it isn’t the end of the world.  I am sorry to tell you this, but COVID-19 is not the worst thing that we are going to face.  In fact, it is not even close to the worst thing that we are going to face.  So it is a bit disheartening to see so many Americans responding to this pandemic so poorly.

Let me give you some examples of what I am talking about.  Polling firms have been extremely active lately, and even though nearly 40 percent of all U.S. adults are obese, one survey found that Americans are binging on snack foods during these lockdowns like never before…

About 40% of people say they’ve been eating more snack foods since the outbreak began, with 26% admitting they’re finding comfort in chocolate, specifically, according to a Harris Poll of 2,013 US adults conducted over the weekend.

If overeating was all that we had to worry about, I could live with that.

But it turns out that Americans are also indulging in a whole bunch of other self-destructive behaviors during this time.  At a moment in our history when alcohol-related deaths in the U.S. are already at an all-time high, heavy drinkers have decided that this pandemic is a perfect opportunity to drink even more…

One in five said they are guzzling more alcohol, though that number was higher, at 30%, among those 18 to 35 — or millennials and Gen-Zers.

In areas that have been hit extremely hard by COVID-19, sales increases have been especially dramatic.  In New York City, one liquor store owner says that it is “like New Year’s every day” during his city’s lockdown…

With the initial surge of panic buying over, wine and marijuana sales are still way up, presenting an opportunity — and a challenge — for the businesses scrambling to meet the demand spikes and shifts in consumer behavior.

“It’s like New Year’s every day,” said Mark Schwartz, the owner of Little Mo Wine and Spirits in the Crown Heights neighborhood of Brooklyn, New York, who has seen alcohol sales shoot up fourfold.

Of course while they are eating and drinking they need something to do, and so the average American is streaming approximately eight hours of shows and movies every single day…

The average American is passing the time amid the new coronavirus pandemic by streaming roughly eight hours of shows and movies every day, a recent survey shows.

OnePoll surveyed 2,000 Americans with access to at least one streaming service and found that not only was the average person watching eight hours’ worth of content but also likely went through three series in a week alone, StudyFinds reported.

This helps to explain why Netflix stock has been absolutely soaring recently.

Personally, I have never watched “Tiger King” and I have absolutely no desire to do so.  In fact, I have not had a Netflix subscription for over a decade.  Very few corporations have embraced pure evil to the extent that Netflix has, but most Americans don’t seem to care, and right now Netflix is absolutely rolling in revenue.

Online poker revenues were up more than 100 percent from February, and iGaming revenue reached a new record of $64.8 million according to the figures released Wednesday for New Jersey, one of two states that allow online gambling.

To me, this doesn’t make any sense at all.

One recent survey found that about half of all Americans will have run through all of their savings by the end of April.  If you aren’t going to have enough money to pay your bills next month, why would you want to be gambling the little money that you do have away?

Sadly, it does not appear that our society is equipped to handle hard times.  Even before this pandemic started, the suicide rate in the U.S. was at an all-time record high, and more Americans were overdosing on drugs than ever before in our history.

But everything that I have shared with you so far pales in comparison to what I am going to share with you now.

As this pandemic has sent a wave of fear sweeping across the country, it has also created a boom in business at abortion clinics all over America…

The Trust Women abortion clinic in Wichita, Kansas, reported performing 252 abortions in March, up from 90 in March, 2019. Julie Burkhart, the chief executive of Trust Women, told RT.com this week that between the Wichita, Kansas clinic and her other clinic in Oklahoma City (which was briefly closed but has since reopened), they have seen a “300 to 400 percent” increase in their patient load.

“The women who have been calling are uncertain about having a baby when the world is so unpredictable all of a sudden, and they’re worried about money due to the sharp rise in unemployment,” she said. “We’ve been seeing more women calling earlier than usual in their pregnancy, and there’s this urgent nature to it.”

Just like with individuals, great challenges tend to reveal who we truly are as a nation.

And right now the message that we are sending to the rest of the world with our behavior is not a good one.

Past generations of Americans were called to go to war, but we have been called to stay at home for a few weeks, and we can’t seem to even handle that very well.

Amazingly, the mainstream media has somehow convinced a majority of the American people that the lockdowns should continue.  Just check out what a NBC News/Wall Street Journal poll just found…

Nearly 60 percent of American voters say they are more concerned that a relaxation of stay-at-home restrictions would lead to more COVID-19 deaths than they are that those restrictions will hurt the U.S. economy, according to a new national NBC News/Wall Street Journal poll.

But while strong majorities of Democrats and independents are more worried about the coronavirus than the economy, Republicans are divided on the question, with almost half of them more concerned about how the restrictions could affect the economy.

The longer these lockdowns persist, the more self-destructive Americans are likely to become.

But eventually they will end, and most people will attempt to resume their normal lives.

Of course it is just a matter of time before an even bigger crisis than this pandemic comes along, and if we are failing so badly this time around, how in the world will people be able to handle something even worse?