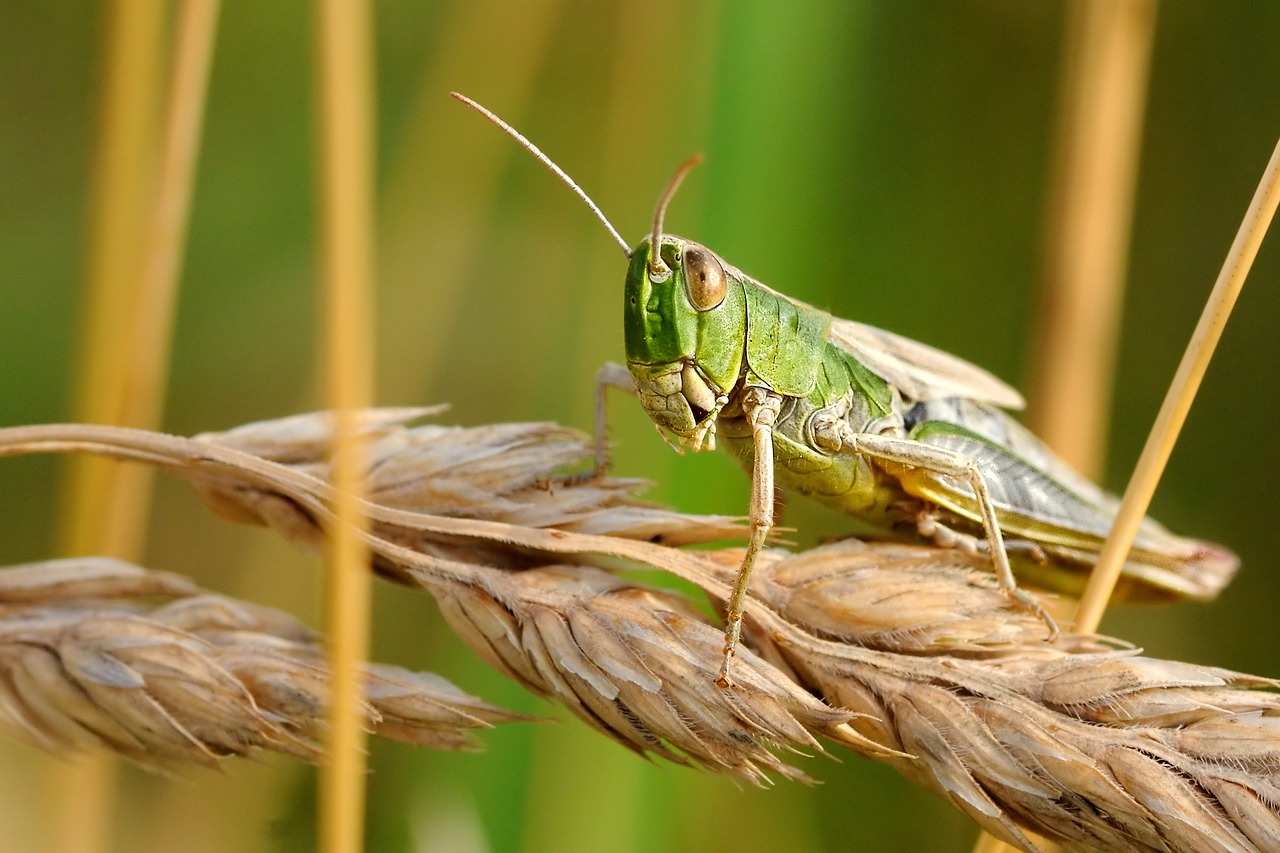 Even before COVID-19 became the biggest public health crisis to hit the globe in decades, enormous swarms of locusts the size of major cities were devouring crops throughout eastern Africa, across the Middle East and even in some parts of Asia.  Now a new generation that officials are describing as “20 times bigger” has emerged, and the devastation that this new generation of locusts is causing is extremely alarming.  These colossal locust swarms can travel up to 90 miles a day, and as you will see below, when they descend upon a field they can literally eat everything there in as little as 30 seconds.  This new generation of locusts has been spotted as far south as Congo, as far north as Iran and as far east as India.  In other words, the food supplies of billions of people are at risk.

Yesterday, I reported that the UN had used the phrase “biblical proportions” to describe the famines that are starting to happen around the globe as a result of the coronavirus pandemic.

Well, the phrase “biblical proportions” is also being used to describe these giant armies of locusts…

While much of the world focuses on the coronavirus pandemic that has infected more than 1.6 million people across the globe, East Africa is battling the worst invasion of desert locusts in decades — a months-long “scourge of biblical proportions” that experts warn could get worse with a larger second wave already arriving in parts of the region.

Heavy rains last month created ideal conditions for this next generation of locusts, and we are being told that the new swarms are “particularly severe in Kenya, Ethiopia, and Somalia”…

And now, at the worst time, a second wave of locusts 20 times bigger than the first has descended on the region, thanks to heavy rains late last month, according to the FAO. The swarms have infiltrated Yemen and firmly established themselves across the Persian Gulf, having laid eggs along 560 miles of Iran’s coastline. New swarms are particularly severe in Kenya, Ethiopia, and Somalia.

Unfortunately, this is a really, really bad time for a new generation of locusts to show up, because this is the time of the year when farmers are planting their fields.

When the locusts invade a new area, all the farmers can do is watch as all their hard work is destroyed.  The following is how one FAO official is describing the current state of affairs…

“The timing is really horrendous, because the farmers are just planting, and the seedlings are just coming up now since it’s the beginning of the rainy season,” says Keith Cressman, senior locust forecasting officer with the FAO. “And it’s right at the same time when you have an increasing number of swarms in Kenya and in Ethiopia. There’s already pictures and reports of the seedlings getting hammered by the swarms. So basically that’s it for the farmers’ crops.“

Here in the United States we have never experienced anything like this, and so most Americans don’t really understand how destructive these locusts can be.

As I noted above, when they come storming into a field they can literally eat all the crops there “in as little as 30 seconds”…

Massive swarms of locusts are devouring entire fields of crops in as little as 30 seconds – fuelling fears of a major food crisis in some of the world’s poorest countries, international aid organisation Concern Worldwide has warned.

The charity said communities in Pakistan, Kenya, Ethiopia and Somalia are facing alarming food shortages, with the crops they grow to survive being eaten in seconds by the flying desert locusts.

The United Nations is calling these locust armies “an unprecedented threat” to global food security.

Of course the exact same thing could be said about the coronavirus.

And let us not forget that African Swine Fever has already wiped out approximately one-fourth of all the pigs in the world.

This truly has become a “perfect storm” for global food production, and many believe that what we have seen so far is just the beginning.

And please don’t be tempted to think that this is just a problem that Africa is dealing with.  All the way over in Pakistan, officials are using the word “disaster” to describe the threat posed by these locusts.  The following comes from a Pakistani news source…

Parliamentary leader of Pakistan Tehreek-e-Insaf and Balochistan Minister for Secondary Education Sardar Yar Muhammad Rind has expressed deep concern over the procreation of locusts across the province, stressing upon anti-locust spray on urgent basis.

“If procreation of locusts does not stop it would badly affect crops and will also lead to nutritional disaster in Balochistan,” Rind noted, adding that due to consecutive attacks, growers and farmers are facing extreme difficulties as widespread destruction of crops is feared due to procreation of locusts.

And after everything that they have already been through, farmers in Australia are facing an enormous invasion of locusts as well, although it is a different species that they are dealing with…

The Australian plague locust species, if not controlled, can cause significant damage to crops and pastures by consuming all in their path.

In the post-World War II era, can you point to another time when the world was facing so many major problems all at once?

As I write this article, I can’t seem to think of one.

In the days ahead, the coronavirus pandemic will continue to dominate the headlines, and the global death toll will soon cross the 200,000 mark.

But this plague of locusts should also be receiving a tremendous amount of attention, because it is wiping out farms at a blinding pace and countless numbers of people could face severe food shortages as a result.

Efforts will continue to be made to spray these locust swarms with pesticides, but when you are talking about swarms that are the size of major cities, the truth is that spraying really doesn’t make that much of a dent.

It truly is a plague of “biblical proportions”, and despite all of our advanced technology we are powerless to stop it.