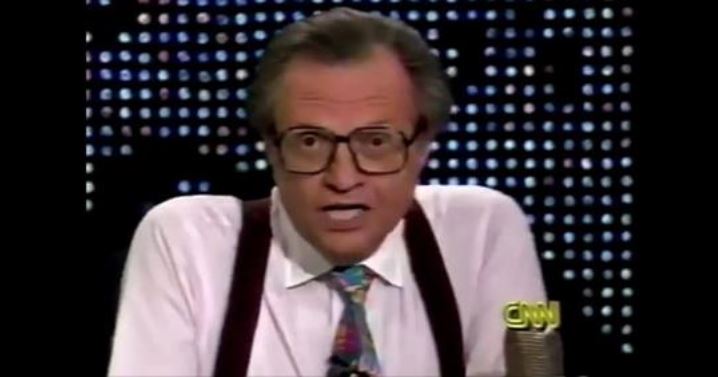 A resurfaced clip of “Larry King Live” from 1993 appears to include the mother of Tara Reade — who has accused Joe Biden of past sexual assault while in the Senate — alluding to “problems” her daughter faced while working as a staffer for the then-U.S. senator from Delaware, Fox News reports.

The Intercept published a transcript of the clip on Friday.

Carmine Sabia at We Are Biased Opinion Blog reports that Reade has claimed that she told her mother, her brother and a friend about the alleged assault and that her mother called in to “Larry King Live.”

“Yes, hello. I’m wondering what a staffer would do besides go to the press in Washington? My daughter has just left there, after working for a prominent senator, and could not get through with her problems at all, and the only thing she could have done was go to the press, and she chose not to do it out of respect for him,” the caller says.

“In other words, she had a story to tell but, out of respect for the person she worked for, she didn’t tell it?” King inquires.

“That’s true,” the woman responds before King cuts away to a panel to discuss her claim.

The Intercept reported earlier that Reade said her late mother once called into CNN’s “Larry King Live” to discuss her daughter’s “experience on Capitol Hill,” where the alleged encounter with Biden took place. Reade didn’t recall other information, such as the date or even year and The Intercept managed to dig up a transcript of the call, but not the video.

CNN employs a team of investigative reporters, who presumably could have quickly found the elusive footage within the network’s files. But rather than CNN, it was the Media Research Center’s NewsBusters, a conservative group that seeks to expose liberal bias, who exhumed the footage from its own vault.

“It’s truly despicable that this footage existed and yet CNN failed to do its own due diligence within its own archives,” NewsBusters managing editor Curtis Houck told Fox News.

Reade took to Twitter to confirm that it was her mother who called in to “Larry King Live.”

This is my mom. I miss her so much and her brave support of me. https://t.co/okU80kqWAI

Steve Straub at The Federalist Papers has more:

As you might suspect, CNN chose to exclude any mention of the newfound footage from it’s Friday lineup of prime time shows.

He was always a very weak candidate who is in obvious mental decline, so now Democrats have the chance to replace him with the candidate of the establishments choice.

Joe does not have enough delegates at this point to claim the nomination so a brokered back room deal is almost certain at this point.

There does not seem to be a way for Joe to wiggle out of this.

If the Democrats and their puppet media do not make a big deal of this evidence that Tara Reade is telling the truth you can be assured the Trump campaign and the GOP will.