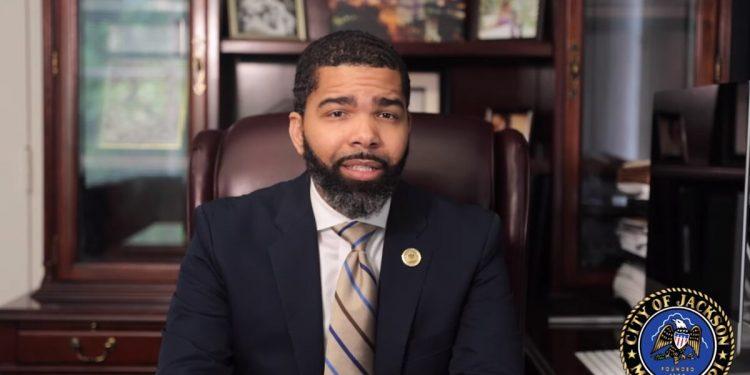 In the midst of all of this shutdown disaster, based on a multitude of lies, the president, governors and mayors have been acting unlawfully by giving us guidelines, putting out unlawful orders, fining people, jailing people and even kidnapping people from homes under the cover of “it’s for your good and safety,” something that government is not responsible for and has been given no authority to engage in.  In one Mississippi town, a mayor decided he would usurp his authority and ban open carry, but it isn’t going well for him.

Jackson, Mississippi Mayor Chokwe A. Lumumba announced a temporary ban on the open carrying of firearms in the city this weekend, but he was met with quite a bit of opposition.

The Democrat mayor declared his unlawful order will only last a week.  Seriously, what is the point other than seeing if he can get away with it?  How does this ensure public safety?  It doesn’t.  It’s an agenda.

According to Bearing Arms:

Lumumba is basing his decision on the state’s emergency powers laws, which say nothing about banning the carrying of firearms.

Oddly enough, it appears Lumumba could have ordered gun stores closed under Mississippi law, but banning the carrying of firearms, either openly or concealed, would appear to be a bridge too far. The mayor claims that the portion of the statute allowing him to issue orders “necessary for the protection of life and property” gives him the authority to ban the open carrying of firearms, but if he’s sued he would have to show in court that the order is necessary, not just a politically motivated act designed to generate headlines.

If we are sincere in our hope for better outcomes and a brighter future for our youth, we must be moved to action. It is this call to action that has led to my decision to issue an Executive Order suspending Open Carry law during the Covid-19 civil emergency. Under State Statutes 45-17-7(e), I am given the discretion in the interest of public safety and welfare to issue such orders that are necessary for the protection of life and property.

In this moment of great distress and economic tension it is important that we eliminate the ability for illegal weapons to inflict irreparable harm on our City. I want to make it clear that I have no principal disagreement with the Second Amendment right to bear arms, but all rights must be balanced by reasonable regulations.  A right that protects illegal guns and puts more people in fear, a right that escalates conflict beyond a point of resolution, and a right that interferes with another person’s right to live is not a legitimate right to be maintained.

Your right to swing ends at my nose.

While this order will only be in effect for a short period of time, I am calling on all Jackson residents, and all state and local leaders to act in the interest of our innocent children. Repeal the Open Carry law which makes it impossible for law enforcement to root out illegal firearms on our streets.

Immediately, the state’s attorney general objected and called out the mayor on Twitter.

Lynn Fitch tweeted, “Cities can’t usurp the authority of the State’s elected Legislature and violate the Constitutional rights of the people. I support the 2nd Amendment and will enforce the laws of this State.”

Cities can't usurp the authority of the State's elected Legislature and violate the Constitutional rights of the people. I support the 2nd Amendment and will enforce the laws of this State.

Republican State Senator Chris McDaniels took to Facebook to express his disapproval to the unlawful order as well.

“Mayor Lumumba has no power to trample on the Second Amendment,” McDaniels wrote. “Despite his attempted power grab, he absolutely cannot block legal carry of lawfully owned firearms. Instead of dictating unconstitutional actions, he would be better served to finally repair the city’s potholes, help reduce violent crime against innocent victims, and perhaps balance a budget for a change.”

Lumumba should be removed from office and tried for his crimes against the people in this move, and yes, they are crimes.  He has violated the law he swore to uphold.

As long as justice is left off, people like Mayor Lumumba will continue to be emboldened.