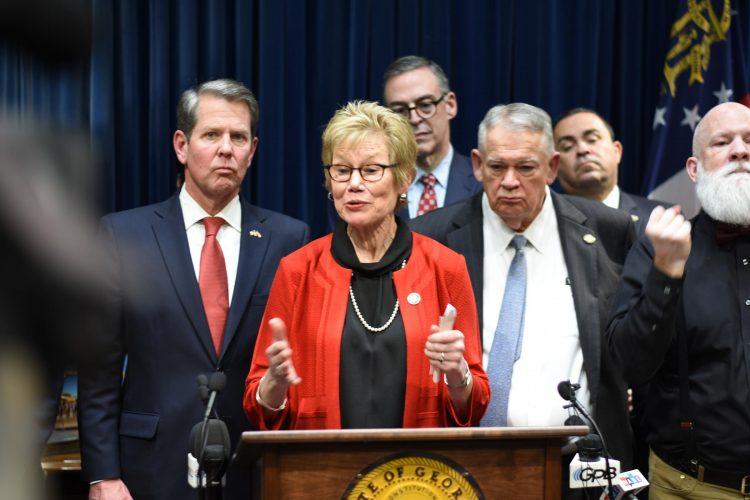 Georgia… it’s time to say “No more!”  You, like many states around you, have an encroaching tyranny because of sin against the Creator (Deuteronomy 28; Leviticus 26).  This is just the latest evidence that God is not blind and will not turn His eyes from what is going on there nor even in my own state.  These tyrants and un-elected bureaucrats under the eyes of those you elected have determined that they can just draw your blood to test you, in clear violation of the protections of the Fourth Amendment, is just another measure of the Creator, just as He said, to bring you to repentance.

A Customer Data Platform is the heart of your data strategy
See how Tealium connects data so you can connect with your customers
tealium.com

Cheryl Chumley has the story at The Washington Times:

They have in Georgia at least, where the state’s Department of Public Health recently announced, in cooperation with both Fulton County and Dekalb counties’ Boards of Health, that “to learn more about the spread of COVID-19,” an “investigation” has commenced — and it’s an “investigation” that’s leading government officials to make random stops at randomly selected residences and ask random citizens for, get this, their blood.

Citizens’ DNA in the hands of unelected government officials. Hmm, what could go wrong there?

Specifically, Georgia’s health wonks want to know “the percentage of people in the community who have been infected with the virus that causes COVID-19,” a statement on the state’s Department of Public Health webpage reads.

And to get that data, the government needs citizens’ blood. Dontcha know.

It’s completely up to the good citizens of Georgia to decide whether or not to turn over their blood to the government.

Georgia’s DPH makes that clear in its statement.

In fact, the whole announcement sounds rather tame and sound and sensible and “help they neighbor” and so forth and so on. Cue State Farm music — with a twist: “Like a good neighbor, the government is here.” Right?

We all want to do our part for the good of society, after all.

But one has to wonder when the government comes a’ knocking — will the “voluntary” aspects of the blood collection be clearly emphasized?

Even the children are being asked to donate.

“All members of the households selected will be asked to participate, including children,” the announcement continues. “Participation is voluntary and you can ask investigation teams any questions you have before agreeing to participate.”

Like: What happens if you learn I have COVID-19, the disease caused by the new coronavirus?

Like: What happens to my blood after you test it?

Here’s another: Are you crazy?

Government officials could just as easily put out a notification in the mailbox, or online, or via social media, or over the television and radio airwaves, asking for citizen volunteers to come down to the local health department clinics and donate blood for the purposes of tracking COVID-19 — for the purposes of helping the “investigation” into the spread of the virus.

Seeking volunteers through those methods puts the control in the hands of the citizens; those ways make clear the blood offerings are completely voluntary.

But government going door-to-door is a different matter.

That’s a different level of pressure.

That’s a different situation that puts the government in control — that sends a maybe subtle, maybe not so subtle message: Comply, or face consequences. What consequences? Well, the unknown for one. The unknown of telling government no — and then not really knowing how government is going to react to that no. Or not knowing how neighbors might perceive that no.

If government really wanted volunteers, government would post a flyer. Or send a letter.

Former President Ronald Reagan said it best: “The nine most terrifying words in the English language are, ‘I’m from the government and I’m here to help.’ “

This is that — chilling, on steroids.

You see?  It doesn’t matter that the governor of Georgia has an “R” on his jersey rather than a “D.”  Under his watch, he is allowing a tyranny that is only parallelled by Nazi Germany… in a “red” state.  It does give you pause as to why they are called “red states,” doesn’t it? For more on that, I suggest a history re-education on Abraham Lincoln and the Republican Party, which is just as devious as the Democrat Party.