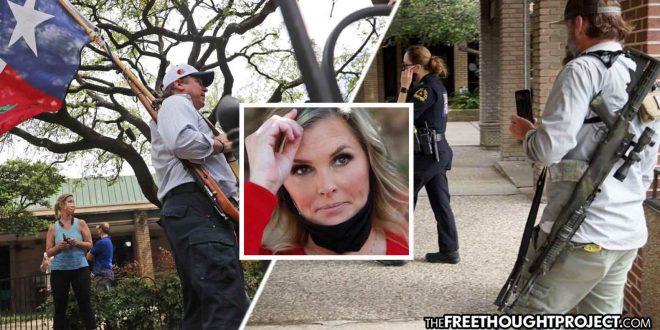 Dallas, TX — In the last two months, more than 26 million Americans have filed for unemployment due to mandatory closures of all non-essential businesses. Also in the last two months business owners of all non-essential businesses have been forced to close, watching their life’s work go down in flames. Government tells people to take out loans to avoid the crash, but the loan system dried up almost as soon as it started, with major failing companies getting millions while small businesses were unable to even apply. The same goes for unemployment as nearly forty percent of people who have tried to file, have been locked out of the system.

The US economy is in dire straits and crumbling below our feet. With drastically lower tax revenue, and far higher output, government programs are on a path to either dry up, or completely destroy the dollar through inflation, robbing everyone’s savings in the process, as the Fed prints more money to pay for these programs and to bail out big business.

Despite government reassurances that everything will go back to normal when states lift their restrictions, those who have any knowledge of economics, know that couldn’t be further from the truth. In reality, even if everything “went back to normal” tomorrow and all businesses could reopen, there would still be crushing devastation throughout the country.

Naturally, some folks are beginning to question these closures and this impending economic chaos. Business owners who are unable to obtain government backed SBC loans are taking matters into their own hands and they are opening up — despite threats of arrest and fines.

Last week, Shelley Luther made headlines for opening up her salon business, Salon A la Mode in Dallas, Texas. Luther told WBAP that she had applied for federal small business loans, but was denied, and hasn’t received her stimulus check yet either.

“I have received zero income from the government and I applied the first days possible that we were allowed to,” she said.

She is literally being forced into poverty by these mandates and no one who is doing the forcing is offering her an ounce of help. Instead, they are extorting her further.

But she remains undeterred in her stance against the order, despite the citation and being ordered to close, she is still open. She says threats of arrest do not scare her either.

“That defeats the purpose of opening in the first place and it lets them know that anytime someone stands up they can just shut you down,” she said.

She’s responded to the threats of having her license revoked as well.

“It won’t matter if I have a license because I won’t have a business,” Luther told WFAA last week.

To be clear, it is not like Luther is forcing people to get their hair done at her salon — no one has to go in there — nor is she operating unsafely. Everyone is there voluntarily, everyone wears a mask and they practice social distancing while not having their hair done.

“I don’t want to cause any problems, but when you’re out of money someone has to stand up and say that they’re not helping us by not letting us work,” Luther said.

Despite Luther’s optimistic resilience, openly defying government orders to shut down has put a target on her back — one that has the cross-hairs of state officials as well as citizens who want her to remain shut down. So, supporters for Luther’s act of civil disobedience have shown up to level the playing field — by being well-armed.

Every day since she’s opened, some of the folks who’d gathered to show their support for Luther “were carrying guns while Luther welcomed customers into the salon.” Armed security guards also stand on each side of the entrance, as socially distanced customer lines form outside her salon.

So far, armed protesters, security guards, and Luther’s civil disobedience have been enough to deter any arrests or major police action. Despite multiple visits from police and fire rescue, Luther remains open, providing a glimmer of hope to other businesses who may be facing similar conditions.

Dallas county has seen aid 3,105 confirmed cases and 84 deaths to date, in a population of 2.6 million.