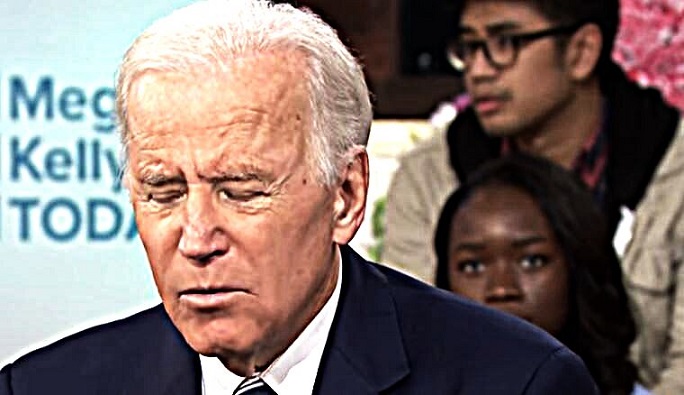 As 2020 presidential candidate Joe Biden remains silent on allegations of sexual assault leveled at him by a former senate staffer, Democratic strategists and activists have begun to press Biden to address the allegations.

Five people have corroborated details of Reade’s account against Biden, a Daily Caller News Foundation review of public statements found: her mother, her brother, her close friend, her former neighbor, and her former coworker. And as pressure mounts for Biden to respond to the allegations, so do Democratic anxieties for Biden to address her allegations.

“It can’t appear that she is being ignored,” Nina Turner, a former national campaign co-chair for former Biden rival, Democratic Vermont Sen. Bernie Sanders, told the New York Times. “If we want to keep our credibility as a party, then we will have to agree that this allegation and any allegation should be vetted in the public.”

Tara Reade worked as a Senate staffer for Biden in 1993 and has accused the then-senator of kissing her, touching her and penetrating her with his fingers without her consent. The Biden campaign has denied the assault and said it “absolutely did not happen.”

“While it is absolutely essential that we defeat Donald Trump in November, trying to manage the response through women surrogates and emailed talking points doesn’t cut it in 2020 — especially if Democrats want to continue to be the party that values, supports, elevates, hears and believes women,” Simpson said.

Several women’s groups have come forward with the draft of a letter that will urge Biden to discuss Reade’s allegations while still praising him for his work as an “outspoken champion for survivors of sexual violence.” Notable groups like Planned Parenthood, the Women’s March, and the American Civil Liberties Union have remained silent and ignore requests for comment from the DCNF.

“Vice President Biden has the opportunity, right now, to model how to take serious allegations seriously,” the draft letter said, according to the Times. “The weight of our expectations matches the magnitude of the office he seeks.”

The groups decided to wait to release the letter as they pressured Biden to address the allegations before the end of April. But it has been almost two weeks later, the Times reports, and Biden remains silent while the women’s groups have not released their letter.

“It’s difficult for survivors to see that a woman who has more corroborating sources than most survivors have in similar situations is being tossed aside and actively being weaponized by cynical political actors,” women’s rights advocacy group UltraViolet founder Shaunna Thomas told the Times. UltraViolet is one of the group’s involved in pressuring Biden.  “It would be an incredible moment of leadership for Joe Biden to show up.”

But the Times pushed back against these talking points in a Wednesday statement, noting that the Biden campaign’s claim that the Times investigation found Reade’s allegations to be false is incorrect.

“Buzzfeed reported on the existence of talking points being circulated by the Biden campaign that incorrectly suggest a New York Times investigation found that Tara Reade’s allegation ‘did not happen,’” a Times spokesperson said, according to the Hill reporter Jonathan Easley. “Our investigation made no conclusion either way.”

The Biden campaign, which has not responded to many requests for comment from the DCNF, has denied the assault and said it “absolutely did not happen.” An analysis by the Free Beacon found Wednesday that Biden has faced 19 interviews spanning almost 4 hours since Reade came forward. During these interviews, he has faced 142 questions without being asked about Reade.