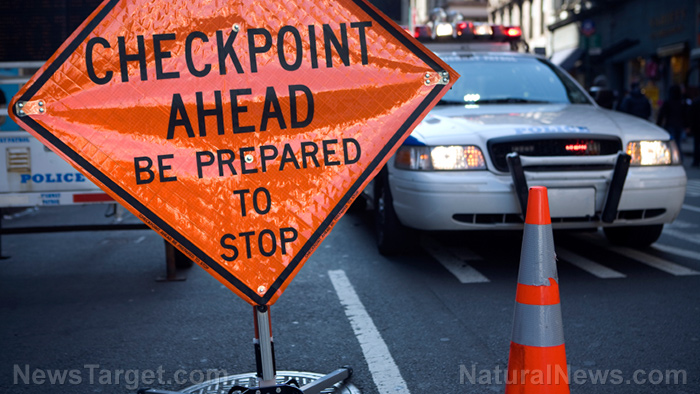 (Natural News) No matter what you think about the cause, effects and spread of coronavirus, it’s becoming very clear that far too many governors — most of them Democrats — are getting way too comfortable with their emergency powers.

And it’s also clear that some are going too far, like New Mexico Gov. Michelle Grisham.

On Friday she invoked a rarely-used law to order residents of Gallup locked down for three days, ostensibly in an attempt to ‘control the spread’ of coronavirus. She even ordered members of the state’s National Guard to assist state police in enforcing the order.

The emergency order under the state’s Riot Control Act closed all roads going into Gallup for most non-residents and directed Gallup residents to stay at home unless it’s absolutely necessary to go outside.

It took effect at noon Friday and will last until Monday, though some Gallup civic leaders said they expect Lujan Grisham will end up extending it.

In issuing her tyrannical order, Grisham justified it by claiming that a flare-up of cases in one part of the state puts all of New Mexico in danger.

“The spread of this virus in McKinley County is frightful, and it shows that physical distancing has not occurred and is not occurring. The virus is running amok there. It must be stopped, and stricter measures are necessary,” she stated.

The fact is, the virus is not ‘running amok’ in New Mexico. With just over 3,700 cases and fewer than 140 deaths as of this writing, the state ranks in the bottom one-third of states in terms of overall infection and death rates.

There is more tyranny to Grisham’s order

Granted, New Mexico is not heavily populated, but that in and of itself is an advantage: The virus is having its most deadly effect in densely populated regions like New York City. The very rural nature of New Mexico makes it less likely that the virus will spread.

And, not to mention, Americans everywhere — including New Mexico — are well aware of the potential dangers of COVID-19. Locking people down in a town for three or more days is asinine because it shows that Grisham doesn’t even trust her own citizens to do the right thing (as if people there don’t know to wear masks, socially distance, stay in when they can, etc.).

There is more tyranny to Grisham’s order. It includes a mandate for businesses; they must shutter every day of the lockdown from 5 p.m. to 8 a.m. the next morning. The god queen made some exceptions, for medical treatment facilities. She even mandated that vehicles cannot contain more than two people at one time. (Related: Bill and Melinda Gates are preppers: Couple began storing food in their home years ago in case of a pandemic.)

“The drastic order is aimed at slowing the spread of coronavirus in one of northwest New Mexico’s largest cities – and a shopping destination for many members of the Navajo Nation and other outlying areas,” the paper reported.

As for deaths, the count is rising, for certain, but mostly among populations we already know are most vulnerable for the virus: The elderly. The paper reports that the most recent deaths have all come from nursing homes in San Juan County — a woman in her 70s and a woman in her 80s who were residents at Life Care Center in Farmington. Also, a woman in her 90s who was a resident of Cedar Ridge Inn in the same city died from the disease.

Meanwhile, other tyrannical Democratic governors — Gavin Newsom in California and Gretchen Whitmer in Michigan — are extending lockdowns even as the disease wanes in their states and tens of millions of Americans are now jobless.

The Democratic governor in Virginia, Ralph “Coonman” Northam, has his state locked down until June 10.