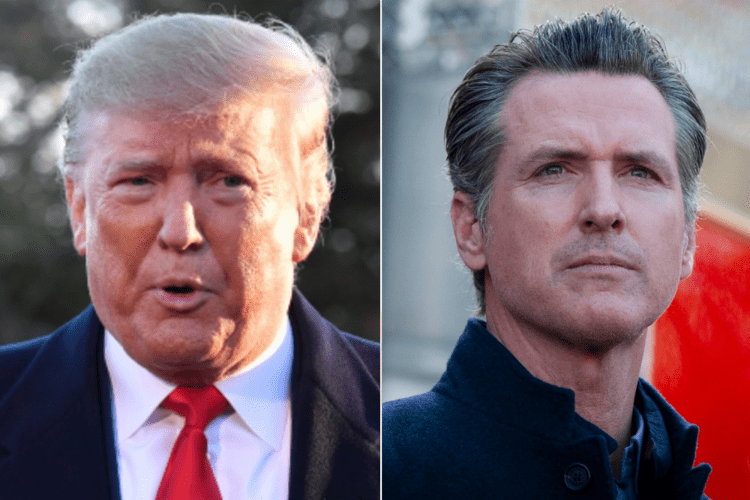 These people cause their own problems and then look to everyone else to solve them.  This is not governing, it’s socialism.  California has now become the first state to be approved for up to $10 Billion in federal funds (ie. taxes on US citizens’ backs) to pay unemployment benefits that Governor Gavin Newsom instigated with his unlawful lockdown in the state.

The story comes from Tyler Durden at Zero Hedge:

As politicians argue over whether or not to bailout decades-long bad decisions on the basis of a sudden virus/lockdown-driven drop in revenues, California has stepped up to the plate with what appears to be a direct request for a bailout to fund the benefits for millions of newly-unemployed residents (and illegal immigrants).

“Last year I did a May revise with a $21.4 billion budget surplus,” Newsom said on Friday during his daily coronavirus briefing, according to Bloomberg.

The Wall Street Journal reports that California has become the first state to borrow money from the federal government so it can continue paying out rising claims for unemployment benefits during the coronavirus pandemic.

The Golden State borrowed $348 million in federal funds after receiving approval to tap up to $10 billion for this purpose through the end of July, a Treasury Department spokesman said Monday.

“I’m doing everything I can to work with cities and counties, but we are not going to be in a position, even as the nation’s fifth-largest economy, to provide for the needs of all the cities and the counties without federal support,” said Newsom.

As the journal concludes, California serves as an early sign of the potential magnitude of the federal assistance that could be required if states are to continue paying out jobless benefits. It is one of more than 20 states and jurisdictions that entered the current economic crisis without enough money in their unemployment trust funds to pay benefits through a yearlong recession, according to Labor Department data.

With 30 million unemployment claims filed since the coronavirus pandemic resulted in the shutdown of broad swaths of the economy, states are reporting that they’ll need at least $1 trillion in aid from the federal government – which has already doled out over $2.2 trillion in relief for business loans, stimulus checks, expanded unemployment benefits and small business assistance.

And with a lack of tax revenue, states with bloated budgets and massive entitlement programs are facing significant pain in the months ahead.

The U.S. government has also approved loans of up to $12.6 billion for Illinois and up to $1.1 billion for Connecticut through the end of July to replenish state unemployment insurance funds, though the two states hadn’t yet started borrowing by the end of April. California was the only state to have accessed the program so far in the current downturn, the Treasury spokesman said.

One wonders if the reason that the other states haven’t been so quick to draw down on the loans is because they are hoping for a broader-based bailout from a Democrat-sponsored Congressional bill that enables pension benefits to be covered… and not just the jobless.

Obviously, every state that initiated unlawful lockdowns of their people and economies will be having their hands out, wanting the people to bailout governors who don’t know how to govern.

It’s long past time the people of each state put an end to such flagrant disregard for the law in order to engage in tyranny.