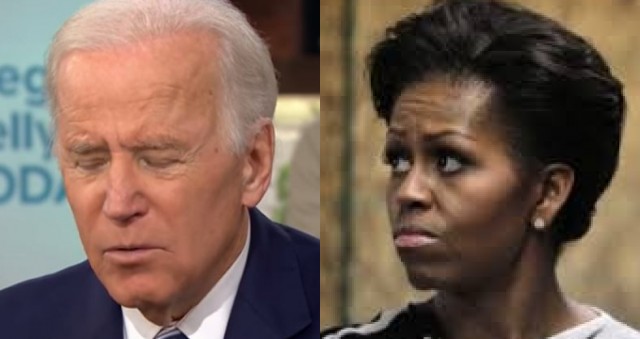 A statement from the “Draft Michelle Obama for VP” group, explaining their desire to make the race-obsessed former first lady the first female VP, was released this morning.

The Case for Michelle Obama as Vice President

Atlanta, GA– Joe Biden has said he would choose Michelle Obama as his running mate “in a heartbeat.” The aim of this campaign is to build on the substantial grassroots support for a potential Michelle Obama candidacy and help garner media attention for a vice-presidential nominee who has the power to beat Donald Trump.

The Committee to Draft Michelle Obama firmly believes that Ms. Obama will not only benefit the Democratic ticket this November but also help lead this country to be more just and caring. However strongly we support Ms. Obama as Vice President Biden’s running mate, we will transfer our resolve to whoever joins the ticket to defeat the most dangerous incumbent in the history of our nation.

The Committee to Draft Michelle Obama for VP filed with the FEC on April 26, 2020. From The Gateway Pundit – Biden has said that while he is committing to choosing a woman, he can’t guarantee that it will be a woman of color.

“I’ll commit to that [it will] be a woman because it is very important that my administration look like the public, look like the nation. And there will be, committed that there will be a woman of color on the Supreme Court, that doesn’t mean there won’t be a vice president, as well,” Biden said.

Earlier in April, Biden said that he is considering controversial Michigan Gov. Gretchen Whitmer as his pick. People have also speculated that California Sen. Kamala Harris and former Georgia gubernatorial candidate Stacey Abrams may be in the running.

In September 2019, Michelle Obama was interviewed by The National magazine about her new memoir “Becoming.” During the interview, the former first lady was asked about her interest in politics. Here’s what she had to say:

A lot of people want you to run for president. You’ve publicly said that you aren’t interested, but everyone says that until they actually run. Just between us, if you thought the country needed you and you thought you could really help our nation, is there even a one percent chance you’d consider running?

“Just between us, and the readers of this magazine—there’s zero chance. There are so many ways to improve this country and build a better world, and I keep doing plenty of them, from working with young people to helping families lead healthier lives. But sitting behind the desk in the Oval Office will never be one of them. It’s just not for me.”

Many Americans are frightened by Joe Biden’s fragile mental state and are concerned that his vice presidential pick will likely become the next President in the unlikely event that he wins the 2020 presidential election. The Democrat Party is well aware that the stakes for a VP have never been higher, and rest assured, they are planning accordingly. Joe’s mental state will probably not allow him to have anything to say about who Barack Obama or other DNC leaders choose as his running mate.

God help us all…