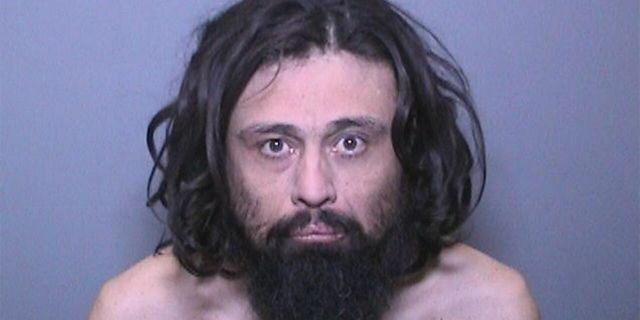 Orange County, CA — As TFTP has reported, over the past two months, non-violent inmates have been released from prisons across the country in an attempt to prevent massive outbreaks of COVID-19 behind bars. Some law enforcement officials have raised concerns over releasing people in jail for marijuana possession, but they’ve largely been ignored thanks to common sense. However, there has been a group of folks being released that has raised many eyebrows, and for good reason. We have been reporting on the release of multiple dangerous high-risk sex offenders across the country and now, our concern has been legitimized.

As TFTP reported last week, residents of Orange County were issued a warning by District Attorney Todd Spitzer, letting them know that seven registered sex offenders who he said were “high-risk” were recently released from custody.

KTLA reports, Spitzer said the convicted men spent “just days” in jail instead of the six months required by law for those registered as sex offenders. Illustrating the reckless nature of such a decision is the fact that all of these violent sex offenders had also been charged with cutting off their GPS monitors or tampering with their tracking devices.

The DA called the men “the most dangerous kind of criminal and the most likely to reoffend.”

“These are not the kind of people who should be getting a break,” he said.

“It is not the court’s responsibility to control the jail population by releasing these dangerous criminals back into our communities,” the DA said. “The residents of Orange County deserve to have the peace of mind that registered sex offenders are being held accountable and not just let out the front door of a jail by a court commissioner who refuses to follow the law.”

On top of the court knowing these men had convictions for tampering with their ankle monitors, all seven of these men have violent criminal records, and five of the seven have been arrested for criminal sex acts against children.

One of these child sex offenders released back into the public was Rudy William Grajeda Magdaleno, 39. His criminal history includes child molestation, indecent exposure, assault, battery, criminal threats and inflicting injury on an adult, officials said. He has had five parole violations since 2017. He was released on April 13 after serving 142 days on a parole violation for failing to charge his GPS monitoring device. He was ordered to report but he “does not report,” officials said.

Unsurprisingly, Magdaleno was arrested over the weekend only days after he was released. For what, you ask? Another sex offense.

According to the Miami Herald, Santa Ana police were called to a parole resource center four days after Magdaleno’s release after he allegedly exposed himself to staff members there, police said. Magdaleno ran from the scene before police arrived, but a parole warrant was issued for his arrest April 20.

“The arrest of this dangerous sex offender just days after he walked out of jail demonstrates the Court’s grave error in releasing him and six other high-risk sex offenders early,” Santa Ana Mayor Miguel A. Pulido said in the news release. “These ill-conceived decisions risk the safety of the Santa Ana community.”

Days later, he was arrested yet again on April 30. Investigators are now seeking multiple charges along with indecent exposure.

As the Herald notes, Magdaleno has an extensive record.

In January 2019, Magdaleno was arrested after breaking into a home while naked from the waist down, police said. He allegedly was peeking into an 11-year-old girl’s room “while covering his penis with his hand,” police said.

In May 2018, Magdaleno sat on the floor of a law office and masturbated while staring at a female worker, according to police.

He was also arrested and convicted of abuse of a dependent adult from a 2010 incident where Magdaleno reportedly “attacked a 41-year-old mentally disabled person at a restaurant located in Santa Ana,” police said.

As people like Magdaleno, who pose a threat to the public and are a high risk of hurting people get released, legitimate business owners like elderly Native American trinket and souvenir dealer Daniel J. Mazon are being shaken down and handcuffed for attempting to legally open their businesses. This must be the “new normal” we constantly hear mainstream media harping about in the land of the house arrested.