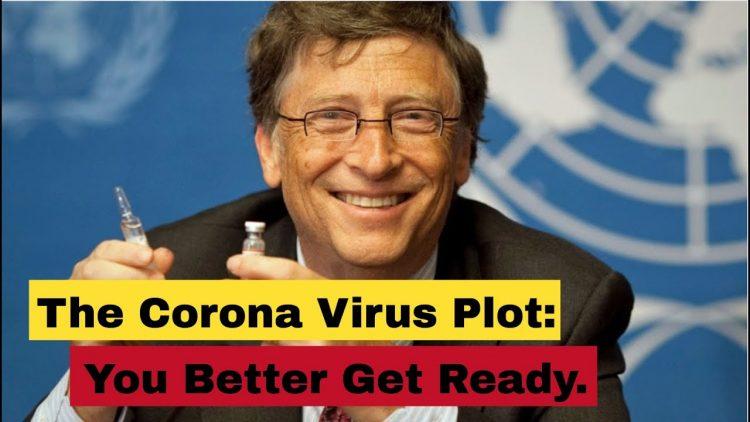 While the mention of “mandatory” was not used, the Center for Disease Control’s mass vaccination plot has been confirmed.

The confirmation came from Dr. Allison Arwady, who took over Chicago’s Public Health Department back in January.

Next News Network has the story.

During a press conference at the end of April, Dr. Arwady said that Chicago was planning for a mass vaccination campaign and stated, “We’ve already bought the syringes.”

The obvious question people should be asking is, what place does government have in health issues at all?  Was there something in our federal constitution or state constitutions that gives them authority to spend money on syringes to pump people full of dead things and poisons?  I certainly don’t recall such authority so, it must be usurped authority.

Arwady said that CDPH (Chicago Department of Public Health) is already “deep in the planning stages” and knows where it will take place.

That plan is tied to the Bill & Melinda Gates Foundation and the Center for Disease Control, both of which are not government entities, although one receives a huge amount of unconstitutional cash from you, the people of the united States, but it is for their own survival and benefit, not yours.  And ultimately, the CDC will be the ones who give the go-ahead on the vaccine.

Yep, all part of the plan.  They just need the Gates vaccine to go through via President Trump-led “Operation Warp Speed” and mass vaccines will be administered and don’t be surprised if by that time they won’t be mandatory for you to go back to work, school or out in public.

If Chicago has planned this, it’s safe to assume other cities have done the same.

Gary also pointed out Dr. Shiva Ayyadurai has made mention of Denmark being a part of the United Nations’ sustainable development goals and can now go into people’s homes with police for mandatory vaccines.

Dr. Shiva says that there is a precedent being set for medical fascism and he’s exactly right.  Remember when Dr. Birx said she couldn’t wait till the next flu season?  Look for it to be worse than this.  This is UN-sustainable.

He adds that the rationale will be that people will point back to this year, which was a manufactured crisis, not a real one and not a medical one, and demand people take vaccines so the economy won’t crash, but the reality is that it was government representatives, both Republican and Democrat, along with bureaucrats who created the mess we are in, not sick people and not healthy people.

At some point, the people are going to have to put government back in its box or, as the founders wrote:

…whenever any Form of Government becomes destructive of these ends, it is the Right of the People to alter or to abolish it, and to institute new Government, laying its foundation on such principles and organizing its powers in such form, as to them shall seem most likely to effect their Safety and Happiness. –Declaration of Independence

Personally, I think DC has gone well beyond what it should have gone, and it’s completely ineffective to do one thing it was established to do.  It’s become the District of Criminals, fleecing the people, not enforcing justice, and certainly not representing the people it is to serve nor upholding the law.  It has simply become big government socialism and fascism and if it isn’t corrected, it will become a tyrannical beast unlike anything the world has seen.