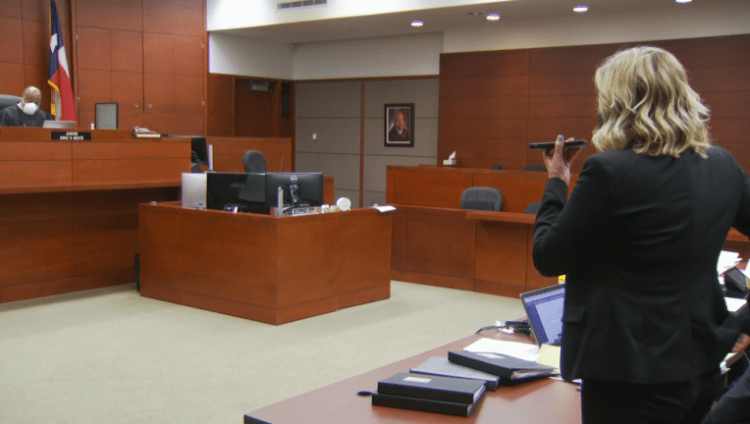 Yes, friends, in America this is happening!  This is not a third world country!  Worse yet, it’s Texas!  The Dallas salon owner who not only opened her salon business with armed citizens coming to support her and then tore up a citation she was given, has now been sentenced to 7 days in jail for defying the tinhat tyrants of Dallas County.

Seriously, what crime was committed here?  Opening her essential business that pays her bills?  And this is in a Republican state, I’ll remind you.

Fox 4 has the story:

A Dallas County judge offered Shelley Luther, the owner of Salon a la Mode, a deal: apologize for being selfish for having her salon open while everyone else’s were closed, pay a fine, shutdown until Friday and she could avoid jailtime.

“I have to disagree with you, sir, when you say that I’m selfish because feeding my kids is not selfish. I have hairstylists that are going hungry because they would rather feed their kids.  So sir, if you think the law is more important than kids getting fed, then please go ahead with your decision. But I am not going to shut the salon,” Luther said.

Since she refused to apologize, bailiffs led the woman away to be booked into jail. The seven-day sentence represents the seven days her salon was open in spite of the countywide order.

Amen!  Now, here’s a woman that understands what she is facing and good for her.  The citizens who were armed earlier to support her should be at the jail and demanding she be released, protesting the judge’s house and seeking to impeach him and not being silent until their demands are met.

This is a grave injustice.

These people continue to perpetrate the lie about her business posing “adverse public health effects.”  It does no such thing, but their actions most certainly are causing effects both health-wise and economic.

Luther ignored the citation and she ignored the judge and rightfully so.  They are in violation of her civil rights.

Luther’s sentence was seven days in jail for the criminal violation and seven days for the civil violation. The sentences will run concurrently. She must also pay a $7,000 fine.

And where is she going to get $7,000?  They won’t let her open her business and then they are tossing her in jail.

Where are the men who will come to her aid?  Are there any men in Texas who will do more than talk?

This woman needs you men now, not tomorrow or the next day… now!