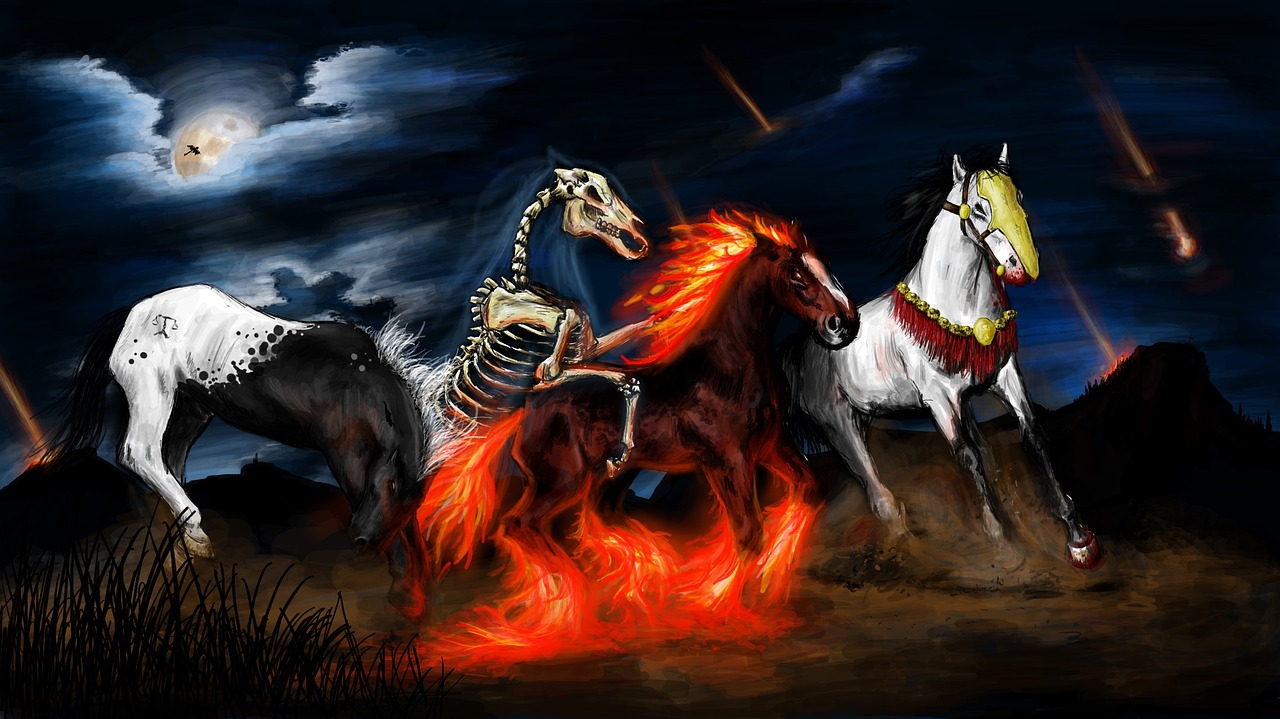 Could it be possible that the stage is being set for horrific famines that the Bible has been warning us about for nearly 2,000 years?  A few years ago, any talk of “coming famines” would have seemed absolutely ludicrous to most people in the western world, but the events of the last several months have changed everything.  Now, the UN is openly warning that famines of “biblical proportions” could be on the way, and the head of the UN World Food Program is telling us that we could soon see 300,000 people literally starve to death every single day.  Nightmarish droughts, African Swine Fever, COVID-19 and armies of locusts in Africa the size of major cities have combined to create a “perfect storm”, and global food supplies are becoming tighter with each passing month.

As conditions continue to deteriorate, many are starting to wonder if certain prophetic passages in the Bible are starting to come to fruition.  For example, in Matthew 24:7 Jesus specifically warned us that there would be “famines” in the days immediately preceding His return…

For nation shall rise against nation, and kingdom against kingdom: and there shall be famines, and pestilences, and earthquakes, in divers places.

We can also find very similar warnings from Jesus in Mark chapter 13 and Luke chapter 21.

So if we actually are living during the time just before the return of Jesus, we should expect to see horrifying global famines start to emerge, and that is precisely what we are witnessing at this moment.

In Revelation 6:8, we are told that “hunger” will eventually be a major factor in the deaths of a large portion of the global population…

And I looked, and behold a pale horse: and his name that sat on him was Death, and Hell followed with him. And power was given unto them over the fourth part of the earth, to kill with sword, and with hunger, and with death, and with the beasts of the earth.

Of course we aren’t at that point yet.

But are we starting to move in that direction?

David Beasley is the executive director of the UN World Food Program, and he recently stated that we are heading directly into “the worst humanitarian crisis since World War Two”.  Hunger is rapidly rising all over the globe, and he believes that if dramatic intervention does not happen quickly we could see an astounding death toll.

According to Beasley, we could soon see 300,000 people around the world starve to death every single day, and that figure doesn’t even factor in the effect of this coronavirus pandemic…

“If we can’t reach these people with the life-saving assistance they need, our analysis shows that 300,000 people could starve to death every single day over a three-month period”, he upheld. “This does not include the increase of starvation due to COVID-19”.

As fear of COVID-19 pushes us into an unprecedented global economic downturn, how much worse will that make our rapidly growing global food crisis?

Of course in the western world we are much better off than most of the rest of the planet for now.  Famine is definitely not an immediate concern for us, but thanks to COVID-19 we are now wrestling with significant food shortages.  Because meat supplies are so tight, approximately one-fifth of all Wendy’s restaurants have taken burgers off their menus.  When I first read that, I was absolutely stunned.

Of course Wendy’s is not the only one dealing with strained supply chains.  Costco has started limiting the amount of meat that each customer can purchase, and Tyson Foods has announced that their capacity to slaughter hogs has fallen “by about 50 percent”.  Time Magazine is warning us that the meat shortages “could last for months”, and they could stretch even longer than that if this coronavirus pandemic doesn’t start to subside.

Meanwhile, farmers all over America are seeing their hard work go to waste because broken supply chains have made it impossible to sell what they have produced.  One industry expert is actually claiming that  “billions” of dollars worth of crops have gone to waste as a result of this crisis…

Crops planted months before based on pre-pandemic demand spoiled without buyers. Billions of dollars’ worth of produce went to waste, much of it tilled back into the soil, said Cathy Burns, CEO of the Produce Marketing Assn., which represents produce companies.

I have a feeling that eventually we will greatly regret allowing so much good food to go to waste.

Sadly, most of the rest of the world is actually in much worse shape than we are right now.

Long before COVID-19 came along, crazy weather patterns were playing havoc with harvests all over the world.  For instance, Australia is traditionally a major exporter of wheat to the rest of the world, but unprecedented droughts have forced Australia to actually start importing wheat…

Australia, which made a rare purchase of Canadian wheat in the current marketing year, is expected to continue buying more wheat in the 2019-20 marketing year (October-September), as weather conditions remain difficult in key states, market analysts say.

Australia’s wheat output dropped 45.6% to 17.3 million mt in the 2018-19 marketing year from a record high of 31.8 million mt in 2016-17, owing to prolonged drought conditions, data from the Australian Bureau of Agricultural and Resource Economics shows. This forced the country to import wheat for the first time in 12 years.

In addition, another plague of “biblical proportions” has been killing off pigs in unprecedented numbers.

When I tell people that African Swine Fever has already killed off half the pigs in China and one-fourth of all the pigs in the entire world, a lot of people don’t believe me.

A quarter of the world’s domestic pigs have died this year as a virus rampages across Eurasia, and that may be just the start. Half the pigs in China – which last year numbered 440 million, some 50 percent of the world’s pigs – have either died of African swine fever (ASF) or been killed to stamp out the virus.

ASF comes from East Africa. In 2007, it reached Georgia in the Caucasus in contaminated meat, and in infected wild boar. Now, it is all over Russia and eastern Europe and infected wild boar have turned up as far west as Belgium. It is also spreading in east Asia, killing many pigs in Vietnam and elsewhere.

And if you don’t believe them, just do a Google search and you will find countless mainstream news sources telling you the exact same facts.

This is actually happening, and the death toll is rising with each passing day.

Meanwhile, a new generation of locust armies that is being described as “20 times bigger” than the last generation is destroying countless farms all across Africa, the Middle East and parts of Asia.  The following comes from one of my previous articles…

Even before COVID-19 became the biggest public health crisis to hit the globe in decades, enormous swarms of locusts the size of major cities were devouring crops throughout eastern Africa, across the Middle East and even in some parts of Asia.  Now a new generation that officials are describing as “20 times bigger” has emerged, and the devastation that this new generation of locusts is causing is extremely alarming.  These colossal locust swarms can travel up to 90 miles a day, and as you will see below, when they descend upon a field they can literally eat everything there in as little as 30 seconds.  This new generation of locusts has been spotted as far south as Congo, as far north as Iran and as far east as India.  In other words, the food supplies of billions of people are at risk.

Never before have we seen so many catastrophic threats to the global food supply emerge at the same time.

It appears that “the perfect storm” is now upon us, and I anticipate that global events will continue to accelerate in the months ahead.

Of course we still have quite a way to go before we get to the type of famines described in the Scriptures, but it certainly looks like the stage is being set for severe hunger on a global scale.

But Jesus didn’t warn us about these things so that we would live in fear.  God knew about all of this in advance, He is in control, and He has a plan.

Unfortunately, most of the world doesn’t want anything to do with the God of the Bible or His plan, and so they will be facing what is to come all by themselves.