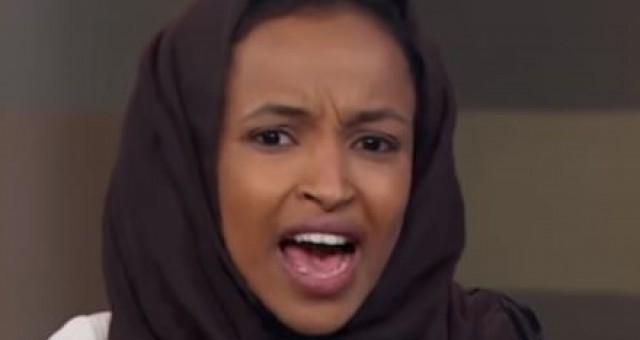 Representative Ilhan Omar (D-MN) is calling for a blanket vote-by-mail option in future elections with absolutely “no questions asked.”

Omar, other members of the Squad, and nearly every prominent Democrat have been pushing for a vote-by-mail election in an attempt to capitalize on the coronavirus pandemic.

It is a means to implement a method some consider a fraud risk.

“Every registered voter should be allowed to #VoteByMail in future elections,” Omar tweeted, “no questions asked.”

There is a reason Democrats are desperately trying to prolong the crisis in America to the point where it can affect the elections in November, but this particular option carries with it some major concerns.

Mail-in ballots are considered by many as a means of allowing voter fraud.

Indeed, there have been some prominent examples of voter fraud involving mail-in ballots – debacles in North Carolina and Texas to name a couple.

Every registered voter should be allowed to #VoteByMail in future elections, no questions asked.

Vote-by-mail appears to be the lone policy effort coming from Democrats in a time of crisis and it’s pretty easy to understand why. Their goal is always to compromise elections and undermine democracy.

Potential vice presidential running mate to Joe Biden, Stacey Abrams, has been calling for it. Former first lady Michelle Obama wants it, as does former first lady Hillary Clinton. Adam Schiff is thrilled by the prospect. House Speaker Nancy Pelosi has been perpetually trying to sneak it into coronavirus relief packages.

Omar, though, has been calling for this system of voting through mail-in ballots consistently and for some time now.

In mid-April, Omar revealed a “list of demands” for any future coronavirus relief package.

The list included a ‘demand’ to “enact a vote-by-mail requirement for 2020.”

This @nytimes story is a joke.

Buried in there is this nugget:

“experts say that the mail voting system is more vulnerable to fraud than voting in person.”

That’s precisely what Omar is looking for. She sees an opportunity to allow people to vote without any form of identification, using a mail system that could easily result in ‘lost’ or even ‘found’ ballots.

We can not let this happen.