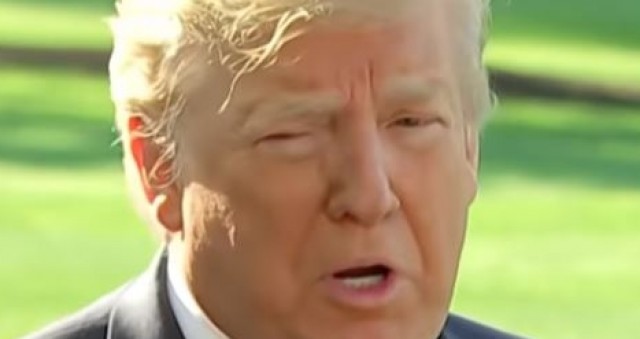 President Trump just struck even more fear into the hearts of those responsible for misleading the nation about so called “Russian collusion” and launching an illegal attempt to take down a duly elected President of the United States.

After last night’s revelations that clearly show that what people like Comey, McCabe, Rosenstein, Clapper Brennan, Rice, Obama and others told TV cameras and the media versus what they testified in private to are very, very different things.

During an interview this morning on Fox and Friends co-host Steve Doocey addressed the Flynn case and asked the President “So it was a jaw dropping announcement that the Department of Justice dropped the case against Michael Flynn. You’ve been talking about a Russia hoax for years. Is this proof you were right?

“Made it impossible for us to deal with other countries including Russia because of what they were doing,” Trump added.

The President then addressed how the Russia hoax and the reckless actions of the Democrats, the media and the “deep state” impacted foreign policy and made the world a much more dangerous place.

Trump then said what most right thinking Americans are hoping for “These are dirty politicians, and dirty cops and some horrible people and hopefully they are going to pay a big price some day in the not too distant future.”

Lets hope the President is right and that Obama, Rice, Clapper, Brennan, Comey, McCabe, Strzok, Page and the rest all pay a big price in the not too distant future for the damage they have done to this country.

Not to mention the treasonous act of trying to take down a duly elected President of the United States based on what all of the players knew was a hoax.