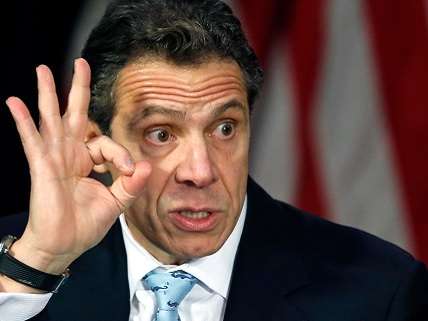 The left is using the a flu with a lower mortality rate than the seasonal flu (with a vaccine) to seize complete dictatorial control.

Starting this weekend, the city will limit capacity at Hudson River Park Piers 45 and 46, where the “configuration” lends itself to overcrowding. Expect an increased NYPD presence, de Blasio said. Domino Park will be closely monitored. Other parks could later see capacity limited.

U.S. Constitutional liberties are not suspended on the whims of authoritarian leftist mayors and governors over a manufactured crisis…

There is no reason on G-d’s green earth to be doing this.

Hadn’t he killed all the old people already?

People arent going. It’s telling. If its a beautiful day, they’ll go to the park & then go back to lockdown. NY is dead https://t.co/NiL0EKYmE4

Georgia has been open for weeks. No mass death, no spike – as predicted by the fear pornographers and panic pushers.

Although the directive would extend current orders to close non-essential businesses, Cuomo’s office says regions of the state that meet the governor’s four core metrics in restricting the spread of the virus could open as soon as May 15; the first phase of reopening includes businesses in construction, manufacturing and retail with curb-side pickup.
“On Monday we said that those who hit their benchmarks on May 15 can begin the reopening process. For those who haven’t, the “PAUSE” has been extended until June 7,” Richard Azzopardi, spokesperson for the governor, said Saturday.

The governor had said for weeks he expected to allow his shutdown directive to expire after May 15 in some lesser-impacted parts of the state while extending it in others. In an interview on “The Late Show With Stephen Colbert” Thursday night, he indicated some regions would start to reopen “in about a week,” but didn’t offer any additional detail in his daily briefing the next day.

“When we get to May 15, I’ll lay out the numbers and we’ll say, ‘This is what the numbers say,’” Cuomo said when asked about the directive Friday. “There’s no doubt that this is a terrible period, but we have to get through it. If we make a mistake and we act too quickly the situation is only going to get worse and it’s only going to get longer.”

It seems likely that some northern and western parts of the state are ready to reopen, but there are still 21 New York zip codes whose COVID-19 numbers are still too high where the bulk of cases are located (and are disproportionately impacting communities of color).

New York State reported 572 new hospitalizations on Saturday, the lowest number since mid-March, a sign of the state’s progress since flattening the curve. Total hospitalizations and intubations are steadily but slowly declining.

Despite the good news, Cuomo said the addition of 226 COVID-related deaths highlighted the state’s “infuriatingly constant” death toll. Saturday’s number of deaths reflected an average from the previous five days and matched the number reported back on May 3.

As of Saturday, New York state had confirmed 21,271 virus deaths, with Cuomo adding another 226 to the toll. New York City reports another 5,327 probable COVID-19 fatalities; those combined with the state’s 14,505 confirmed deaths in the five boroughs bring the city’s toll to nearly 20,000.

Conscious of the need to maintain progress, and witnessing setbacks in other states that have eased restrictions perhaps too aggressively, Cuomo and New York City Mayor Bill de Blasio are refining their containment strategies in accordance with emerging trends.

Still, one proven tactic will be the bedrock of their response for months to come: Social distancing. Warming weather makes that harder.

“This may be the single-hardest place to implement those kinds of strategies, for us to live in that way, and yet you have been doing in such amazing, impressive, extraordinary fashion,” de Blasio said Friday. “Never rest on your laurels. When you start winning, it’s time to double down.”

Starting this weekend, the city will limit capacity at Hudson River Park Piers 45 and 46, where the “configuration” lends itself to overcrowding. Expect an increased NYPD presence, de Blasio said. Domino Park will be closely monitored. Other parks could later see capacity limited.

The NYPD has been enforcing social distancing protocol for weeks and the mayor says the department will continue to do so, despite mounting criticism that likens police methods to “stop-and-frisk.” Newly released data from the Brooklyn district attorney’s office shows of the 40 people arrested for social distancing violations in the borough since mid-March, just one was white. Thirty-five were black, while four were Latino. All cases were dropped.

On Friday, the NYPD released fuller data that shows it issued 374 summonses for “violations of emergency procedures and acts likely to spread disease” citywide since March 16. Eighty-one percent of those went to black or Latino people.

De Blasio acknowledged some of the data and methods, including one arrest where a stun gun was used, was alarming. He said the city will keep improving training and protocols moving forward, but summonses and arrests may still be necessary at times.

The Sergeants Benevolent Association criticized the mayor’s social distancing policies on the grounds that they have no guidance on how to enforce the measures, union president Ed Mullins said in a letter to NYPD Commissioner Dermot Shea.

“We have no clear idea how this new order is intended to be implemented, and foresee a repeat of the same enforcement difficulties we have already experienced, including a repeat of the allegations that my members have violated the civil rights of New Yorkers,” Mullins wrote in the letter. “To impute blame for racial disparity to the frontline officers attempting to enforce a vague and ambiguous Executive Order highlights our members’ concerns and is, quite frankly, offensive.”

Mullins said that ordering a person not causing a disturbance off a public street and threatening them with arrest for not wearing a mask can “destroy the community relations.” The union also expressed their unhappiness with being told to enforce a law they say the district attorneys are not prosecuting offenders for allegedly violating.

The SBA said it was that confusion that has led to some of the high-profile incidents regarding arrests in the city over the past few weeks.

“Job 1 is to save lives and enforcement is necessary to saving lives — and we’re not going to have proper enforcement without the largest, best police force in the country being in the game,” the mayor said. “So we’re going to do that, but we’re going to keep working to make it better literally every day.”

It’s social distancing to scale that has driven the change in curve for New York, he and Cuomo say, likely saving many lives. As the city and state look toward reopening, it will only be more important in helping keep the infection rate down. To help trace the new cases that do continue to spring up, de Blasio said that 7,000 people have signed up to be “disease detectives” and do contact tracing for those who test positive.