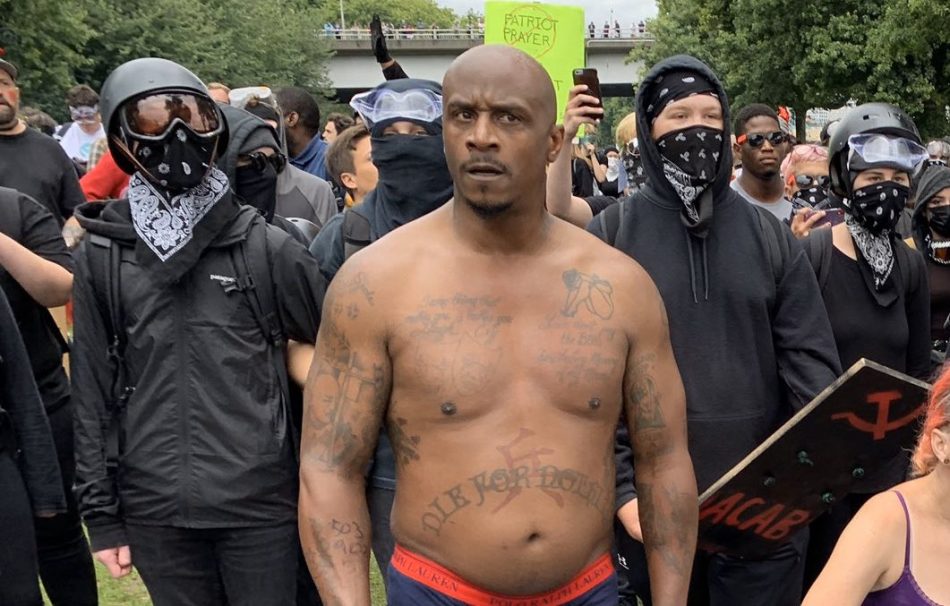 Jamal Oscar Williams, a well-known ANTIFA terrorist based out of the Pacific Northwest, did not receive jail time after “maliciously and intentionally” harassing, threatening, attacking and issuing death threats to a Jewish rabbi and a congregant.

Williams, a 44-year-old proud ANTIFA terrorist, was sentenced to participate in the King County Community Center for Alternative Programs (CCAP) by King County Judge Karen Donohue, who was appointed to the bench by far-left Washington Governor Jay Inslee, in lieu of jail time.

Their website explains CCAP as follows: “CCAP, formerly Day Reporting, holds offenders accountable to a weekly itinerary directed at involving the offender in a continuum of structured programs. The goal of CCAP is to assist offenders in changing those behaviors that have contributed to their being charged with a crime. CCAP provides on-site services as well as referrals to community-based services. Random drug tests are conducted to monitor for illegal drug use and consumption of alcohol. Offenders participating in CCAP receive an individual needs assessment and are scheduled for a variety of programs.”

The court order also states that Williams is a welfare recipient. He receives subsidized housing through Plymouth Housing and will be put again in the Fare Start program to receive free food. These are programs he has been in for years and have done nothing to rehabilitate him.

Journalist Andy Ngo, whose head was battered by the concrete milkshakes of ANTIFA in the Portland, Ore. streets, of The Post Millennial broke the story of how this far-left terrorist menaced Jewish people in sustained acts of anti-Semitic hate.

“Rabbi Shmuel Levitin and Ephraim Block were operating a permitted religious booth for the Sukkot Jewish holiday in downtown Seattle on October 11 when Williams allegedly approached them and shouted: ‘Jews, Jews, Jews … give me your money!’ He then said he had a gun and was going to kill them. Both Levitin and Block have beards and payots, or sideburns, and were wearing yarmulkes. Levitin is a rabbi at the Chabad of Downtown Seattle,” Ngo wrote.

In Aug. 2018, Williams was arrested while counter-protesting against a “Patriot Prayer” and Washington 3 Percenters rally. He also threatened Ngo with death threats later in the year and was caught on video doing so.

“In addition to Williams’s radical political activism with ANTIFA, he has a long history of criminal and harassing behavior. In Washington State, he was convicted in 2015 for felony harassment and domestic violence. He has multiple other convictions for assault and domestic violence. He also has a long violent criminal record in Alaska, where he used to live,” Ngo wrote.

This serial criminal will be on the streets of the Pacific Northwest because the justice system, at least in liberal-dominated areas, is coddling and protecting ANTIFA and their legion of terrorist street thugs. Only after they are declared a terrorist group at the federal level can they be wiped out across the nation.

“Three days later, Williams returned and made similar threats and demands for money. On October 15, Williams followed the men into the lobby of their apartment building. After making more demands for money, he allegedly hurled candy from the concierge’s desk at the men. Police later found and arrested Williams in a nearby area,” he added.